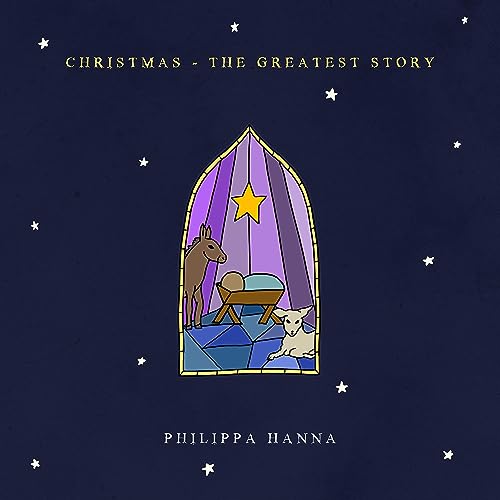 Philippa Hanna is by far one of my favourite artists (solo artist or band) to come out of the U.K. region. Ever. Period. Alongside others like Tim Hughes, Matt Redman, Martin Smith of the now disbanded Delirious?, as well as the ever popular Rend Collective, Philippa’s music has been influencing my own life ever since her poignant and heartfelt ‘I Am Amazing’ that she recorded way back in 2011. Since 2011 when she released her life-affirming and identity building anthem, she has continued to inspire many listeners around the world, from her humble beginnings with her albums Watching Me and Taste, to her monumental hits “Lighthouse”, “Hollywood” and “Stars Will Fall” from her 2013 offering Through the Woods, as well as songs like ‘Arrow’, ‘Even Now’, ‘Run to You’ and ‘Something Better’ from her 2016 album Speed of Light. About a year and a half after Speed of Light we saw Philippa unveil her first ever country/gospel album in Come Back Fighting, and she continued on with her songs that were delivered to the country market from a faith angle, all the while experimenting with new sounds and musical genres. Her 2017 album gave way the hits of ‘Off the Wagon’, ‘Getting on With Life’ and probably her most vulnerable mainstream-esque hit ‘The Hero’- each of these songs could’ve succeeded at mainstream radio if the stations had given these songs a chance. In 2020 Philippa released a worship song with friend and worship leader Abby Eaton, ‘Now to Jesus’; while also unveiling a one-video-a-day blog series titled ‘Inspiration 365’ where she discussed about topics dear to her heart and spoke about vulnerable issues in the world today. Philippa signed to Integrity Music in 2020 and released her first worship album, Stained Glass Stories in July 2020. Now here we are at the end of 2021, and we see Philippa once again unveil to us a new project. Her Christmas album Christmas- The Greatest Story released at the end of 2020, and with this 6-track EP project comes quite possibly one of my favourite Christmas projects I’ve heard (album or EP) within the last few years.

Maybe I’m a bit biased, but I’ve always found Philippa’s music and vocals to be one of the most underrated, not only amongst CCM in the UK, but also amongst CCM full-stop. You know how an artist’s voice just captivates a listener, and you realise that their artistry is something people should hear, but then realise that their work is in fact too underrated for the general population to even care? That’s how I reckon Philippa’s music is, at least within the CCM/worship realm. Her songs, especially from Come Back Fighting, Through the Woods and Speed of Light, have impacted people around the world, inclusive of myself. We as a site; have even incorporated Philippa in our list of 50 artists impactful and influential today and in years to come…so when it came for me to write my ‘thoughts’ on this new Christmas project, well…it’s a no-brainer. Standing at 6 songs, there are 4 carols, one carol/worship song medley, as well as an originally written Christmas track, and while these Christmas carols are tracks I’ve heard time and time again (‘Angels From the Realms of Glory’, ‘Silent Night’, ‘The First Noel’, ‘O Little Town of Bethlehem’); there’s something about these arrangements that has been able to keep my focus as I heard this EP. Normally I have quite an indifference for songs like ‘Silent Night’ and ‘The First Noel’, not because these songs aren’t good, but because of the repetitive nature of these songs that I’ve heard in years gone by. And yet in this 6-song EP, I’ve thoroughly enjoyed these carols. It helps if ‘Angels From the Realms of Glory’ is delivered to the tune of the more-popular ‘Angels We Have Heard on High’, and ‘O Little Town of Bethlehem’ is altered beyond recognisability (and thus makes this carol interesting to listen to!), but those alterations on this EP are neither here nor there. What makes this EP interesting and exciting to hear is the ability of Philippa to deliver these melodies with such passion and enthusiasm, something that seems to be missing on a lot of Christmas album releases; and is unfortunately replaced with formulaic song arrangements (at least for the carols and holiday songs) that has made a lot of Christmas songs over the years, appear now to be unplayable. Christmas: The Greatest Story is anything but formulaic- ‘Hark! The Herald Angels Sing’ is indeed a medley between the original carol and Paul Baloche’s own ‘King of Heaven’, a song that I have not heard in years, and is a good way to become reacquainted with the song again- I didn’t know how easily these two songs could have melded together. The EP is then rounded out with the Graham Kendrick-penned ‘Thorns in the Straw’, a track about Jesus’ birth and depicts a vivid way of how Jesus was born and went about his ministry. Similar thematically to Andrew Peterson’s ‘Labour of Love’; Philippa’s reimagining of ‘Thorns in the Straw’ is contemporary as well as nostalgic and sentimental, as an already-beloved song from the 1990s is given and new refreshing take…maybe this would be the thing that would bring more people around and exposed to the quality music Philippa delivers over the years?

So there you have it…Philippa’s new Christmas album Christmas: The Greatest Story. 6 songs. A collection of Christmas material that has made me realise that I’m much more of a Philippa Hanna fan than even I myself realise. Because if I can sit through another version of ‘Silent Night’ without any indifference, then that’s something, right? Philippa’s definitely underrated, and while for me Philippa’s forte will forever be the CCM albums of her past (especially Through the Woods and Come Back Fighting), her Christmas album is a joy to listen to. While these songs delivered on the EP aren’t necessarily ground-breaking by any means, Philippa still reminds us that even a change in music genre can still bring about songs that have life-changing and heartfelt appeal- I’ve heard songs like ‘Silent Night’ a gazillion times before, but what Phillipa has brought is something that I feel a lot of American artists lack, just a little- heart, soul, passion, and enthusiasm. Maybe that’s why Delirious? are my favourite band ever, Tim Hughes is one of my favourite worship artists ever, and Philippa and her music are one of the most exciting ‘new’ talents to arise over the years. Who knows, maybe Philippa’s music can catch the U.S. by storm- doesn’t someone who signs to a major label, automatically gain some recognition in America by default? Well done Philippa for this new EP, for anyone who loves traditional Christmas carols, or anyone who wants to hear a new way to sing ‘Angels From the Realms of Glory’. Maybe a full-length Christmas album in the near future? Only time will tell.

3 songs to listen to: Thorns in the Straw, Hark! The Herald Angels Sing/King of Heaven, Angels From the Realms of Glory