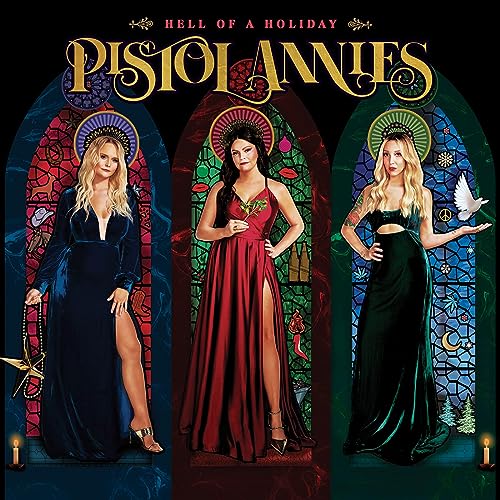 The beauty about Christmas music is that so, so many artists release Christmas music- that you’d take the leap of… faith? Or something… and you’d listen to artists you wouldn’t normally listen to. You’d listen to an artist that you may have a passing interest in, and perhaps the fact that they’ve released a Christmas album is the opening you need. For me, I was listening to Christian music for a long time. I still am. But since Jon’s and my blog series, I have been branching out and listening to more and more different types of music- and being ministered to any type of music that God imprints on my heart. But, I’ve got to say, that over the past couple of Christmases, my repertoire of music has widened even more- and it has been due to the fact that I can unashamedly listen to artists I wouldn’t normally though; because of the fact that it is a Christmas album. Listening to Christmas albums has opened my eyes to the fact that not all music artists whom I stereotypically assumed were ‘bad’, are actually ‘bad’. If you’ve read our reviews lately about Christmas music, you can see that we’ve reviewed albums over the past few years, from many different artists. From artists like Pentatonix, Kristin Chenoweth, Teddy Swims, Brett Eldredge, Maddie & Tae, Meghan Trainor, Blake Shelton, Tommee Profitt, *NSYNC, Ronan Keating, Celine Dion, Josh Groban, Faith Hill, Hanson, Runaway June and Leslie Odom Jr to name a few. These artists, and more, weren’t even close to the kind of music I was listening to 5 years ago. And it goes to show that one album can really change your outlook on music for the better- because all of these artists are inspiring, comforting and hopeful. And as such, now I’m much more aware of what’s out there. Fast forward to now, and given that we’re a few days out to Christmas, it’s time to dive into another Christmas album. Pistol Annies’ Hell Of A Holiday is a unique, holiday themed country album, that isn’t anything like any other Christmas album I’ve heard. It’s something that I deeply encourage you to listen to- because it’s so different!- and can I say that I am now greatly anticipating diving deep into the group’s discography, and listening to their music? Can a Christmas album sway me so much that I can be an instant fan of an artist just like that? Well, in the case of this album and the trio that is Pistol Annies… well this album does exactly that!

Miranda: [when I heard Sia’s Christmas album], it was like, ‘Oh, fresh and originals’. That got me loving Christmas music again because it was fresh. It opened my heart.

Ashley: We took into account how serious it is to come into everyone’s home and everyone’s life and everyone’s memories every year. We respected that we would hopefully make memories with our fans and their families every year because Christmas music is so powerful when it hits you. We weren’t going to force it. We never force it. But we got in the spirit big time.

Miranda: We got all warm and fuzzy. I think it helped that we did write a lot of the meat of the record at Christmas time when the tree was up. It was a little easier than writing it all in July. I love all the beautiful records, but I love a good real jab at what really goes on in a family. We got to do that on this, too. It’s got a tinge of realness and weirdness that you don’t get on a lot of holiday albums.

Angaleena: [one of my favorite songs Believing] it sparks that childlike feeling, at least for me and other people that I’ve played it for. The innocence just resonates with me. I have like a hundred nieces and nephews, and that’s the one they all responded to the most. In fact, my little cousin Charlie shed a tear, and he’s on a naughty list just about every year.

[most of all], we want them to say, ‘I can’t wait to listen to this every year’. We hope this gets added to their annual playlists. [and] we should thank Sia big time that this record happened.

Comprising of country superstar Miranda Lambert and her friends Ashley Monroe and Angaleena Presley; I can’t remember when I heard of Pistol Annies. Miranda as a solo artist is a big deal in the country music scene, and ever since 2017 and 2018, when I started paying more and more attention to artists in the country music industry (because of Carrie Underwood’s inspiring, moving and powerful albums), I guess that’s when I started being aware, or maybe semi-aware, of the big movers and shakers in the country music scene. But really, I think it was only a couple of years ago when I actually found out about Pistol Annies… yet it was only this year when I was listening to Hell Of A Holiday when I found out about their music style for real. The country music industry is one of the most honest, personal and vulnerable music genres out there- and this album is extremely honest, personal, inspiring, powerful and comforting also. There’s 13 tracks of reliable country goodness here, as well as inspiring Christmas tunes and joyful holiday anthems. It is the successful meshing of the multiple genres and elements in this album experience, that in fact makes this project all the more necessary to listen to. Hell Of A Holiday isn’t just a Christmas album. Hell Of A Holiday isn’t just a country album. It’s both, and the album takes great pride in being both. For that fact alone, I recommend Hell Of A Holiday as the first Christmas album this year (maybe the 2nd behind Evergreen from Pentatonix) you should listen to.

Opening with the all-original title track, the joyous, celebratory, fun and cheerful melody speaks about spending time with family and friends during the holidays. Christmas time is about Jesus and his birth in a manger in which this event has saved us all from sin and from ourselves; but considering that people who don’t believe in Jesus still celebrate Christmas for the family aspect, Pistol Annies’ opener is fitting and a warm welcome as the opener of an album meant to be heard by the wider world. People who don’t believe in Jesus Christ may only listen to holiday music and could bypass the worshipful carols. But for this album, which contains carols and original tunes and holiday classics, we are treated to a song that everyone can jam to- and hopefully people then start to be changed by this album and by the songs about Jesus.

The rest of Hell Of A Holiday is pure gold, and contains little to no flaws or filler tracks at all. The originally penned “Snow Globe” is a gem of a track, as the girls passionately sing about spinning around in the middle of a snow globe, reminding us all that Christmas can indeed be fun, joyous, cheerful and celebratory (if not because of Jesus, then because of family and friends and spending time with them); while “Harlan County Coal” is another original. It’s a sassy, no-nonsense, somewhat of a diss to the girls’ husbands, with the trio complaining that Christmas is going to be a mess unless their spouses get their act together and start being the man of the house. It’s a direct statement to the men in their lives, and though somewhat tongue in cheek, does in fact inspire us all to lean on family and friends, and actively do our best to make this Christmas season the most joyful, special and enjoyable. “Come On Christmas Time” (the 4th original song in a row!), an electric guitar country ballad, is a nonsensical holiday track about having a crush on Santa Claus; while the album’s first ‘cover’ is a Merle Haggard classic in “If We Make It Through December”, that is as honest, compelling, powerful, vulnerable, poignant and earnest, as it is impacting, inspiring, emotional and fervent.

“Sleigh Ride” and “Auld Lang Syne” are the ‘rest of the carols’ that are covered in Hell Of A Holiday, and both are recorded powerfully, emotively and expertly; however the rest of the melodies are originals. The 5th original in 6 songs is next (“Make You Blue”), and though one could say that at this point there’s an overabundance and saturation of original songs, I for one love the way this album is going (sort of similar to the structure of Jason Gray’s Christmas Stories in 2012!), with “Make You Blue” being the most impacting thus far- Miranda, Ashley and Angaleena all encouraging us to not be ‘blue’ this holiday season and to surround ourselves with friends and loved ones. “Leanin’ On Jesus”, a stirring, emotive, powerful and explosive worship anthem, is another original that would definitely fit well on Christian radio (if recorded by someone like Zach Williams, CAIN or Needtobreathe- however, Miranda, Ashley and Angaleena sing this track to perfection!); while “The Only Thing I Wanted”, complete with bells, whistles and a wondrous Christmas atmosphere, speaks about the love the girls have for their partners, and how during this holiday season, they’ve discovered that the love of their partner is the only thing that they really truly wanted.

The child-like, innocent, acoustic guitar driven “Believing”, one of the standout tracks on the album, is a melody that inspires and invokes excitement and wonder, as the country trio passionately and skilfully sing about the importance of belief in general. In my mind, this song is the companion piece to John Mayer’s “Belief”, as the trio sing about how belief in something real, special and magical, can help change the world; while the confronting, hard-hitting original “Happy Birthday” is a prayer-of-sorts and a happy birthday to Jesus- presumably asking Him to forgive us for everything we’re doing around Christmas time that isn’t glorifying to Him. “Joy” is the final original here, and the girls have saved their best for last. A seemingly reflective and melancholy piano led melody about dwelling upon joy, time and love this holiday season; we are inspired and encouraged to look past the material presents this season and dig deeper into our relationship with God, our parents, our friends and our extended family. Christmas time means different things to different people, but hopefully through this album we can understand and grasp the real meaning of Jesus Christ being born this Christmas.

Miranda Lambert, Ashley Monroe and Angaleena Presley are indeed your typical country artists- Pistol Annies is traditional yet also modern and delivering to us a breath of fresh air. Hell Of A Holiday contains 10 originals out of 13 tracks… but the sentiment and essence of Christmas permeates all throughout. These girls have delivered exceptionally well, and I will dive deeper into their discography. And so, shall you listen? I mean, even if you don’t love country music, shall you listen because of the Christmas aspect? Let me just say… a thousand times over yes! This album will make you a fan of country music and this album will make you a fan of Christmas in general. If you’re Scrooge or The Grinch, you won’t be by the end of it. So well done Miranda, Ashley and Angaleena- you deserve all the praise and then some more!

3 songs to listen to: Make You Blue, Leanin’ On Jesus, Joy