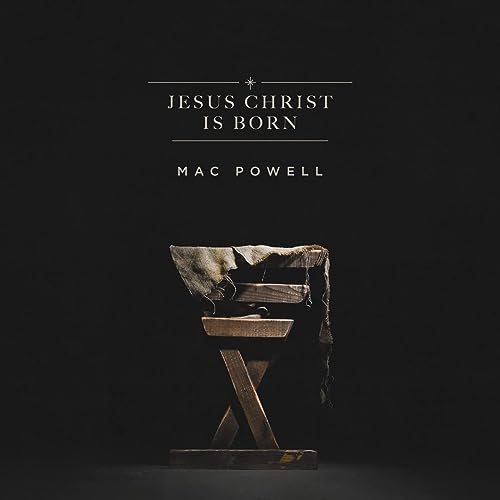 Third Day has made a big impact on Christian music, period. While Mac Powell and co. narrowly missed out on the list of the top 100 impactful and influential artists in modern music history (of which my brother and I are steadily working through this blog series), Third Day have still managed to carve a career of radio hits and chart-topping songs that have spanned the years of 1996 – 2017, with songs like ‘Your Love Oh Lord, ‘Alien’, ‘King of Glory’, ‘Consuming Fire’, ‘Show Me Your Glory’, ‘Come Together’, ‘Come On Back to Me’, ‘Cry Out to Jesus’, ‘Revelation’, ‘Children Of God’, ‘Trust in Jesus’, ‘Your Love is Like a River’, ‘Victorious’, ‘Your Words’ and ‘Revival’ (to name a few), that have impacted millions of people around the world for around 20 years or so, myself included. While it can be a bit weird when a band who’s been together for a long time, decides to break up; people do in fact ‘move on’ in some regard. Just like how lead singer of Delirious?, Martin Smith decided to pursue a solo career after the band of Delirious? ended in 2009; so too has Mac Powell decided to forge a new career after the disbandment of Third Day around four years ago. While Mac Powell himself has toyed with a country music career with his moniker Mac Powell and the Family Reunion for some time now (Back Again in 2019, December in 2018), it is in 2021 where Mac decided to unveil his ‘debut’ solo CCM album. New Creation released in October 2021, and is Mac’s first full-length post-Third Day CCM album, and while at ten tracks, it does seem a tad on the short side, what the album has going for it, is a whole bout of nostalgia- anyone who has ever been a fan of Third Day will love most (if not, some) of the album, or anyone who is just a fan of 1990s and 2000s CCM in general. I also reviewed the album for the site (which can be seen here), and so a few months on from this release, Mac has again unveiled something new and different- this time, a Christmas song, ‘Jesus Christ is Born’.

Standing at only a tad over 3 minutes, ‘Jesus Christ is Born’ is a catchy toe-tapping track displaying the biblical truths surrounding the event of Jesus’s birth. While the song itself is; in the moment, enjoyable and joyous; when compared to other standout Christmas radio hits over the years (‘The Heart of Christmas’ [Matthew West], ‘Somewhere in Your Silent Night’ [Casting Crowns]), the track unfortunately pales. And that isn’t necessarily a bad thing. We try so hard to analyse and appreciate a song based on the merits of the song itself, without any comparison to songs gone before…but it’s hard to even do that. There is comparison involved, and unfortunately, this song doesn’t hold a candle to other originally-written Christmas songs by Third Day in years gone before (‘Jesus Light of the World’, ‘Merry Christmas’, ‘Christmas Like a Child’ and ‘Born in Bethlehem’). Regardless, this song is still good, but not necessarily that memorable. A song that will be treasured and loved by anyone who’s been a fan of Third Day’s music or even Mac Powell’s country material before, ‘Jesus Christ is Born’ is a perfect reminder for us this Christmastime, of the birth of Christ, and how it unfortunately can be missed alongside the hustle and bustle of the holiday season. A song that’s ok, but not necessarily ‘wow’, ‘Jesus Christ is Born’ is nevertheless a song that I’d encourage us all to listen to at least once. Maybe, if you’re a fan of Mac or of Third Day, then this song’s for you. If you are indeed searching for a Christmas song (or album) that has more of a ‘wow’ factor, then unfortunately this song isn’t for you…check out Matthew West’s Christmas album We Need Christmas instead.