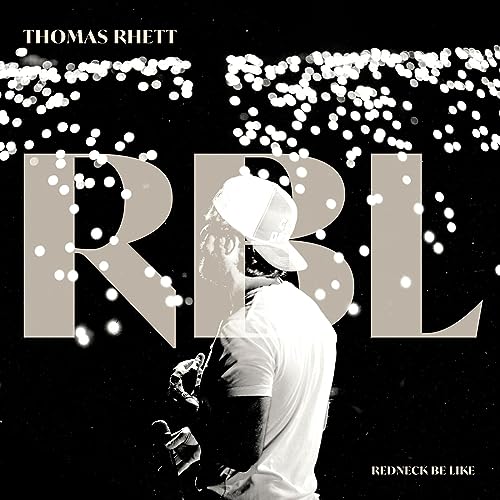 Country music hasn’t always been my go-to music genre- for inspiration, encouragement, or just a genre to pick me up when I’m feeling down or discouraged or overwhelmed. As far back as I can remember, I had been immersed (and I mean really immersed!) in CCM- and it was only until around about April 2019 that I really, fully and actively branched out into listening to other types of music- in essence when I started to blog about up-and-coming influential artists. Now one of the genres that I have really found to have resonated with over the past year and a half (essentially since COVID-19 and since we’ve all had a lot more time on our hands!) is in fact country music (11 of the 45 artists we’ve written about thus far are in fact country artists)…and you can read any number of country reviews I’ve written in the past. While lockdown and quarantine (our family voluntarily went into self-quarantine all of April last year!) was indeed a challenge and something that I needed to adjust to; what I did find was my musical tastes expanding beyond the confines of CCM and worship. Not that Christian music is bad, but if you limit God to only speaking through the obvious overt melodies about and to Jesus… then I guess you’ll miss out on all of the ways God chooses to speak to us via different avenues. Yet it was this year that I’ve made more of an effort to check out country albums (even though I’m not American and don’t really understand some of the country traditions that are referenced in most country songs!), including albums from Carrie Underwood (My Savior), Thomas Rhett (Country Again: Side A), Brian Kelley (Sunshine State Of Mind), Carly Pearce (29), Lady A (What A Song Can Do: Chapter One), Meghan Patrick (Heart On My Glass) and Florida Georgia Line (Life Rolls On). It was in fact Country Again: Side A from Thomas, that cemented my enjoyment for country music this year, of which the album was a collection of vulnerable, emotional, personal, relatable and inspiring songs- and one of the most impressive and standout albums of the year thus far. Fast forward to now, and Thomas is back with a brand new track. After being inspired by this year’s recent Father’s Day, in which Thomas released the heartfelt ballad “Things Dad’s Do”; it’s time to crank the volume up and jam out to “Redneck Be Like”! A poppy/country uplifter, we are met with a track that encourages us to dance and to live life to the fullest!

If you want to know about Thomas Rhett and long to read about his history and how he made his start in music… this ‘review’ isn’t it. Because if you want to read about that, you can just read my blog. And now that we’ve got that out of the way… let’s say that unlike “Things Dad’s Do”, “Redneck Be Like” hardly tugged at my emotions and didn’t really resonate with me. It’s a song that vibrantly and passionately describes life on a small town with all of its perks, while the song also speaks about the joys of living life as a ‘redneck’. However as an Australian, I find these many country references in the track to be over my head. And that’s not any fault of Thomas- because he is catering to his niche market and his demographic. However this melody is one for me that can just go on in the background- and we don’t really need to pay much attention to it. I know that this is a ‘harsh’ review somewhat… but maybe I’d have liked the track better and understood it more if I was an American.

Thomas Rhett is still one of the most polarising acts in country music. I blogged about him a while back, and the consensus amongst the public is still divided. Is he pop? Is he country? Is he a faker and a poser, or is he the real deal? And I’m sure you all have a different opinion about Thomas. A number of songs that Thomas has released over the years, inclusive of “Die A Happy Man”, “Marry Me, “Remember You Young”, “Beer With Jesus”, and “Life Changes”, have resonated with me and have hit my soul on a very deep level- basically because of the deep meaning and the story behind the songs that is so personal to him. Even Thomas’s duet with Chris Tomlin – “God Who Listens” – and the 5-artist collaboration and inspirational tune “Be A Light” are both hopeful and poignant- and well worth the spins. Yet Country Again: Side A took Thomas’s songwriting craft and his delivery of such personal and emotional messages to yet another level (shown especially in songs like “Country Again” and “Heaven Right Now”), and has me respecting him all the more. “Things Dads Do” continues this trend, and showcases Thomas as a current and future star- and no doubt these melodies will be some of my favourites of the year come December time. “Redneck Be Like”, though speaking about having fun and relaxing in your small-hometown; we are nonetheless met with a pretty exclusively-niche track- and a song that I’m sure will take some adjustment as I actually really make the effort to figure out what some phrases mean. I mean… who’s Joe Diffie? And what’s a back forty or a can of skoal? Sorry Thomas, but this song isn’t for me- someone who lives in Australia! Thomas Rhett’s new album Country Again: Side A, isn’t indicative at all of the feeble effort of the underwhelming “What’s Your Country Song”. And so apart from that hiccup, Country Again: Side A soars and makes me want to feel… country- even though I’m not American! “Things Dads Do” makes me want to feel country as well- so how about all of you? Sadly though, “Redneck Be Like” is just confusing. And though I’m still a fan of Thomas Rhett, this isn’t a song I’d play again any time soon. Thankfully though, Side B is coming later on this year… so let us be immersed in some Thomas Rhett– and marvel at one of today’s most popular country acts and God working through him!