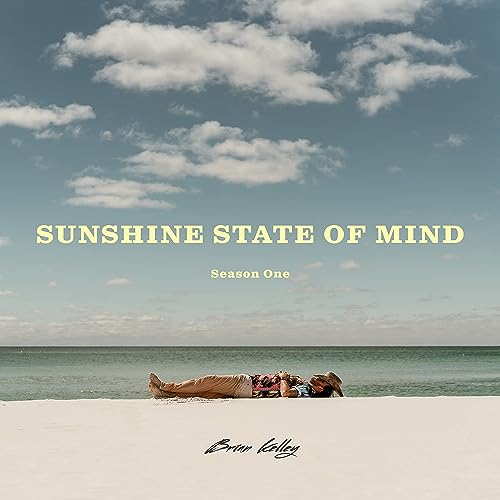 Mark the calendar people. June 25th 2021 is a momentous day in history. Why, you ask? Well, if you indeed intentionally clicked on this review for the purpose of reading it (unlike others who want to scroll through haphazardly looking for scandals or clickbait); then you know that that day was the day that Brian Kelley, one half of the infamous and controversial country duo Florida Georgia Line (FGL), released his debut solo album Sunshine State Of Mind. With Brian and bandmate Tyler Hubbard alluding to a band hiatus or a band breakup or ‘spreading of the wings’ or ‘finding themselves apart from each other’ or whatever else they both classify this ‘breakup’ as; the fact of the matter was that they both coined the ambiguous term of testing the waters to see how making music on their own as a solo artist feels like. Thus we are here at a crossroads, where one of the most successful country acts are in limbo, and we are introduced to Brian’s work as a solo artist.

Florida Georgia Line are somewhat of a mixed, bag, are somewhat of an enigma. The country duo of Tyler Hubbard and Brian Kelley have been in and around the country music since the formation of the duo in 2010- with their latest album Life Rolls On being their 5th album so far. However, even though Tyler and Brian have their die-hard fans (which doesn’t include myself- I’m only a casual listener!), they equally have their critics and their haters. Some would say these guys are too cliché with their generic lyrics about beers and trucks and girls and summertime and having a good time and more beer and cars and more girls. Yet others feel as if the band revolutionised the country genre, and have put the fun back into country music. And there are a smorgasbord of reactions all across the board- and for a long time I was indifferent to the duo. However, I have for the better part of two and a half years, dived deep into the country genre (read all my reviews here!). And let me just say that there’s something about country music that just tugs at my emotions- it’s super honest, emotional, personal and vulnerable holistically; and artists like Kelsea Ballerini, Jana Kramer, Thomas Rhett, Maddie & Tae, Hunter Hayes, Carrie Underwood, Lauren Alaina, Lindsay Ell, Maren Morris, Keith Urban, Little Big Town and Sugarland to name a few (or a lot!), have all resonated with me greatly over the past couple of years.

Sadly though, FGL’s latest album Life Rolls On didn’t interest me one bit- I actually only decided to review their album and check them out properly purely based on the fact that Tyler and Brian were both heavily involved in the production of Chris Tomlin’s album Chris Tomlin & Friends. Alas, even though Chris Tomlin & Friends was a stellar album with hardly a weak spot; Life Rolls On was just… meh. It’s nothing special, but nothing bad either. It’s not enough for FGL to force their way into any influential artist list Jon and I have at the moment; however Tyler and Brian’s hearts are in the right place, and it’s clear that they’re still having fun here after all these years. And this brings me to Sunshine State Of Mind, an ambitiously long (17 track!), relaxing and comforting album from Brian- and one that is thoroughly enjoyable for myself. I may not have resonated with FGL and their latest effort (although I might revisit listening to them in the future!), yet Brian’s solo offerings hit all the right chords. Laidback, fun, breezy, hopeful and introspective, we rarely heard Brian take the lead on vocals for FGL. And so this project is very special.

Already released in part through his EP BK’s Wave Pack, we are presented with 4 already known songs. Lead single “Beach Cowboy” set the tone for the EP, and does that for the album too; as the part country, part summertime anthem directly and unashamedly relays to us that Brian is known by ‘people’ as the beach cowboy. And guess what? He unashamedly embraces that moniker very proudly, proclaiming that ‘…yeah, they call me beach cowboy (Beach cowboy), sand cruiser, fat tire, turquoise (Tire, turquoise), got a shark tooth on my bolo, saddle up, paddle up, my YOLO, yippee-yo-ki-yay, it’s your boy BK, goin’ John Wayne on these waves…’. As Brian essentially admits to being a fan of the beach, the water references keep on coming here- in fact most of the 17 tracks have water themed names. Is that a bit much, don’t you reckon, in terms of imagery? Perhaps… Nonetheless, the 3 minute guitar led country/pop melody “Made By The Water” celebrates Brian’s love of the beach and the love of his wife as he’s planting down roots at the beach; while the somewhat cliché and possibly unnecessary party track “Party On The Beach” speaks about exactly that- a loud and raucous party on the beach, where friends throw a bonfire party (as per the music video) just because they can. It’s a nice change of pace from the reflective songs… yet why does Brian promote having ‘dogs on the grill’ in the beach party? The last ‘familiar’ track is the thought-provoking and quasi-worshipful “Sunday Service In The Sand”. My personal favourite song on the project (on the EP and on the album!), Brain eloquently and prayerfully gives God a shoutout, as he sings out that ‘…I’m sending up a beach chair prayer, I’m talkin’ to the man upstairs, gotta tell Him how grateful that I am, I can feel the salt water workin’, high tide’s takin’ me to church and I can’t help but raise my hands to another Sunday Service in the sand…’. With Brian giving thanks and paying homage for the beach, the feel of this album is similar to Switchfoot’s Fading West, as BK goes back to nature, and presents to us a different side to himself unlike any we’ve seen in FGL.

But you didn’t come all this way to read about 4 already released tracks, right? No siree, so now let’s briefly touch upon the rest of the project. And here we have… more water references! Album openers “Boat Names” vividly chronicles Brian and his wife Brittany’s love story through the allegory of both of their love for boats and the ocean, and him wanting name a boat after Brittany. The music video is a beautiful telling of a love story that we all should desire to have- a heartfelt, deep and long-lasting love like Jesus has loved each one of us; and as an opener, we are treated to a laid-back ballad that simply puts a smile on our faces. “Sunburnt, Barefoot And In Love”, again telling us of his love story and specifically, their marriage, is another acoustic type track where Brian eloquently relays to us how much in love he is with his wife; while “Highway On The Water” speaks about the nomadic life of a travelling musician and comparing it to a sea and boat life, with Brian passionately reiterating that he loves his life with all of the ups and downs.

“Real Good Day” takes Brian’s appreciation of his life to the max, as the highly repetitive 2 minute melody relays that ‘…it’s gonna be a good day, gonna be a good, good day, I got some good friends, they on that good time wave, I got a good girl, it’s a good, good life, gonna be a good day, that turns into a real good night, get a good fire burnin’, it’s a good world turnin’, I don’t care what they say, it’s gonna be a real good day…’; while “Don’t Take Much” speaks about the concept of thankfulness and gratitude, as BK highlights to us that pure happiness and satisfaction doesn’t come from money or material possessions, but rather from relationships with your spouse, family, friends, and God. “Fish All Day” is basically a song that details Brian’s love for fishing, calling it ‘sunshine medication’ and ‘maritime meditation’; while “Boat Ride” a slow paced acoustic guitar based ballad, speaks about slowing down in your life and ‘going for a boat ride’, probably meaning to take some time out for yourself and your friends and family.

“By Boat”, another quasi-spiritual song similar to “Sunday Service In The Sand”, eloquently relays to us Brian’s appreciation of creation, the beach and the water, that ‘…I’ve seen God in the middle of June, paintin’ sunsets on the water, always makes me feel brand new, makes my worries all feel smaller, some say that Heaven’s got a stairway, but when it’s my time to go, by the grace of God, I’ll be gettin’ therе by boat…’; and also reminds us of Brian’s intense love of the ocean, so much so that he wants to be by the beach and the waves and the sand until the day he dies. While “Songs For You” and “Say The Word” are the songs that aren’t explicitly about water and waves and the beach but are about family; with the former being a romantic love song that speaks about singing songs for their significant other while the other person is relaxing at the beach, and the latter being a song whereby both Brian and his wife long to go back on holiday from the city hustle and bustle, with Brian saying to his wife ‘just say the word and we’ll go back to our vacation spot’.

By now I guess we all have water and beach fatigue (is that even a thing?), but Brian keeps hammering us with songs about the beach and water. “Horses On The Beach” speaks about going to a beach and relaxing, and going to a beach with horses on it (???); while “Savannah” speaks about Brian’s COVID-19 fears and his longing to go to the city of Savannah in Georgia to relax by the water. Sunshine State Of Mind then ends with the acoustic guitar led “Florida Boy Forever”, a nostalgic, sentimental homage to Brian’s roots in Florida, as he emphatically declares that …I could be in Colorado, California, in that clay way down in Georgia, I always find my way back home, Carolina, Mississippi, always keep that sunshine with me, sure as waves crash on the shore, I’ll be the Florida boy forever, I know…’.

With FGL ‘parting ways’ so that both members can go solo, but with the band theoretically and technically not breaking up, one could have said that Life Rolls On marks the end of one chapter and the beginning of another. There’s no denying the passion here as Tyler and Brian as a duo are one of today’s most ingenious and enthusiastic groups… yet their potential is yet again not realised here. Life Rolls On is good- but it’s not great. On the other hand, despite the countless water references all throughout Sunshine State Of Mind (could this album be considered beach music instead of country music?), Brian’s album is overall a breath of fresh air overall, especially “Sunday Service In The Sand”, “Don’t Take Much”, “Boat Names” and “By Boat”. The 17-track listing is daunting, and might’ve been better split up as two more EP’s (with 4 songs released already!); but that nitpick is neither here nor there, with these songs are all so catchy and laid back, relaxing and soothing for the soul. As for Tyler Hubbard… well is the solo project going to shed his party boy image? I’ll reserve judgement… but for now let’s just say that Brian Kelley surprised me in a good way, and I hope he takes more reins of the vocals in FGL if they ever should record another album someday.

4 songs to listen to: Boat Names, Don’t Take Much, By Boat, Sunday Service In The Sand