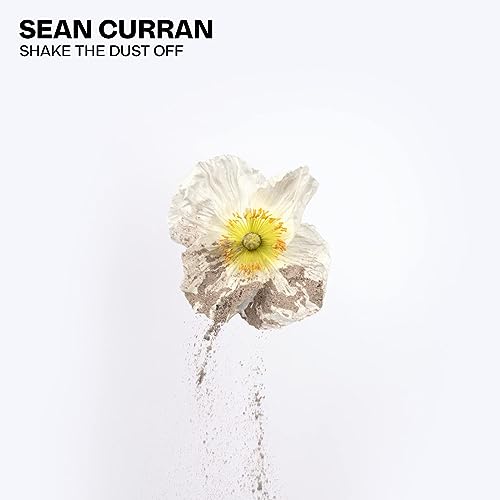 Do you remember way back in the day when Sean Curran was the lead singer of alternative/CCM rock band Bellarive? It seems like forever ago that Bellarive even existed, but they did, and gave us 2 solid worshipful albums, before the band left with no press release about what was happening, not until Sean showed up himself in Passion Conferences and I guess now the rest is history. With no formal statement regarding Bellarive’s disbandedment, nor even an official press release of Sean himself joining Passion full time in a band capacity; Sean Curran nonetheless is known primarily for his songwriting, giving us great melodies, be it part of Bellarive or even part of Passion, from songs like ‘Lazurus’, ‘Real Thing’, ‘Worthy Of Your Name’, and ‘Taste of Eternity’, to others like ‘Heaven’, ‘Almighty God’, ‘Calling on Fire’, ‘Bring Us Back’, ‘Sing’ and ‘Your Great Love’; to name a few. Now here we are in 2021, and Sean continues his involvement with Passion and their annual conferences. But that doesn’t mean that that is all he does. Sean recently unveiled to us his debut EP under Capitol CMG titled Bigger Than I Thought in mid-2019. We as a site reviewed the album here, and I personally thought that album/EP was one of my favourite worship albums of that year. Sean was (and is) very much an artist who is poetically inclined and lyrically sound as any other artist, and this 2019 album, is certainly for anyone who loves worship music full stop, but worship music in a way that the songs allow us all to enter into a space of reverence and adoration, without any worry or expectation.

After the relative success of Bigger Than I Thought, Sean unveiled a follow-up EP, this time a live project comprising of some of his greatest hits from his solo studio debut EP, some others new, and while also others being covers of famous worship songs as well; and while people may have dismissed it as ‘just another live project’, the live EP was anything but. Sean continued to fervently assert himself as arguably one of the worship ‘genres’ most humble, honest, and passionate; and his October 2019 live project was tremendous evidence of this- songs like ‘Bigger Than I Thought’, ‘The Great Migration’, ‘All Praise’ and ‘Live Again’, present on his live project, were all from his debut studio album, while songs like ‘Worthy of Your Name’ (arguably the most impactful and famous post-Bellarive song Sean has ever done) and the Hillsong UNITED cover ‘Good Grace’ were also present on Sean’s live EP too. Now fast forward to 2021, and Sean is at it again, this time with 3 new singles- ‘Catch Me Singing’, ‘Ways’ and ‘Shake the Dust Off’.

‘Catch Me Singing’ the song, is a reminder to tell ourselves to keep singing, to keep declaring God’s promises and what we know of Him to be, even during the seasons of darkness, doubt and winter, the times that we are experiencing now, and is a song directly impacted and reflected through the 2019/20/21 COVID-19 outbreak that has changed how we have lived life so far, and then into the future. For to declare that we are still going to sing when spring comes in our lives requires guts and determination, but even more than that, it requires us to still believe into the fact that God has never left us during such difficulties of 2020 and 2021, and that after everything has settled and we come out through the other side, we will still be declaring God’s praise, and understand that even in such a time as this, God is using even the COVID-19 pandemic for His purposes, no matter how baffling and puzzling it can seem to people right now. ‘Ways’ also reminds us all to be steadfast during such a difficult and trying season, as we are reminded that we ought to be never running out of ways to praise the Lord, even if we believe that the situation doesn’t even require for it. Even during the seasons of darkness, doubt and winter, there are always ways to praise the Lord, and are always ways to look at situations and circumstances through a different lens than before. The song is a great reminder for all of us, that God’s vastness is ever expanding, and our knowledge of Him will always continue, because we as people cannot fully understand an incomprehensible God, and that ought to be very sobering. For to declare that we are never going to be running out of ways to praise God, means that in every situation we face, they’ll always be good in it…somewhere.

‘Shake the Dust Off’ is the latest song unveiled by Sean, and this time, rather than his other two releases that, I reckon, were heavily influenced by the current situation of COVID-19, this song is impacted by something much greater- declaring who God says He is, and living life, in light of the assertion of who we know God to be. Co-written with Cody Carnes and Brandon Lake; ‘Shake the Dust Off’ is from the Biblical references of John 16:33 (I have told you these things, so that in me you may have peace. In this world you will have trouble. But take heart! I have overcome the world) and Psalm 47:8 (God reigns over the nations; God is seated on his holy throne), and it is in these two verses that the structure of the song is formed upon. An anthem of praise as we focus our gaze on Jesus, the perfector of our faith, we are to ‘shake the dust off’ according to the track, a reminder of us to take heart, because of God’s involvement in humanity through the lens and person of Jesus, and how His sacrifice on the cross (and subsequent resurrection) means that He’s already won- victory has come through eternal life, and death is defeated. ‘Shake the Dust Off’ is a reminder, that whatever we feel that is not from God and what the Bible says about Him, ought to be ‘shaken’ off, in a metaphorical sense, and maybe even in a physical sense as well. A song that has been on repeat by me since the song released a couple of days ago, Sean’s newest is as joyful as it is declaratory, as enthusiastic as it is needed in a society that is still worried about current situations in the world right now. Shaking the dust off doesn’t dismiss these things in the world from happening, but it does create a different mindset on how to approach these issues and circumstances in the first place. Well done Sean for this heartfelt and compelling song. Maybe a first full-length album release in the future?

‘…during one of the last moments Jesus shares with His followers, He tells them to take heart because He has already overcome the whole world. This type of claim can only be made by one of two people: a crazy man, or the son of God. At the heart of this song is the courage to trust that Jesus is who he says he is. So, friends- shake the dust off and take heart… Jesus is King…’