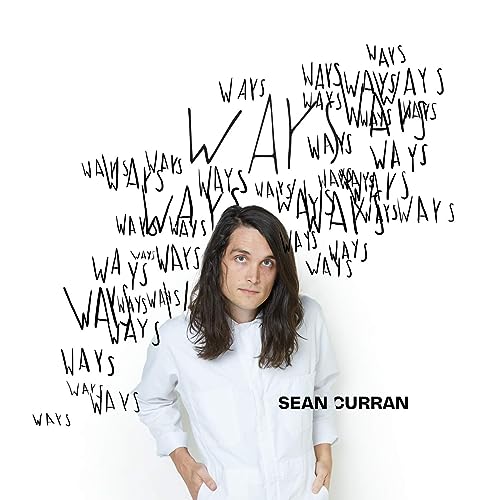 Do you remember way back in the day when Sean Curran was the lead singer of alternative/CCM rock band Bellarive? It seems like forever ago that Bellarive even existed, but they did, and gave us 2 solid worshipful albums, before the band left with no press release about what was happening, not until Sean showed up himself in Passion Conferences and I guess now the rest is history. With no formal statement regarding Bellarive’s disbandedment, nor even an official press release of Sean himself joining Passion full time in a band capacity; Sean Curran nonetheless is known primarily for his songwriting, giving us great melodies, be it part of Bellarive or even part of Passion, from songs like ‘Lazurus’, ‘Real Thing’, ‘Worthy Of Your Name’, and ‘Taste of Eternity’, to others like ‘Heaven’, ‘Almighty God’, ‘Calling on Fire’, ‘Bring Us Back’, ‘Sing’ and ‘Your Great Love’; to name a few. Now here we are in 2021, and Sean continues his involvement with Passion and their annual conferences. But that doesn’t mean that that is all he does. Sean recently unveiled to us his debut EP under Capitol CMG titled Bigger Than I Thought in mid-2019. We as a site reviewed the album here, and me personally thought this album was one of my favourite worship albums in quite some time. Sean is very much an artist who is poetically inclined and lyrically sound as any other artist, and this album that dropped in 2019 is certainly for anyone who loves worship music, with a little musical freedom and a heartfelt overall message, through all the songs, of entering into a place of worship without any worry or expectation. Now once again here we are, at the end of January 2021. After the relative success of Bigger Than I Thought, Sean unveiled a follow-up EP, this time a live project comprising of some of his greatest hits from his solo studio debut EP, some others new, and while also others being covers of famous worship songs as well; and while people may have dismissed it as ‘just another live project’, the live EP was anything but. Sean continued to fervently assert himself as arguably one of the worship ‘genres’ most humble, honest, and passionate; and his October 2019 live project was tremendous evidence of this- songs like ‘Bigger Than I Thought’, ‘The Great Migration’, ‘All Praise’ and ‘Live Again’, present on his live project, were all from his debut studio album, while songs like ‘Worthy of Your Name’ (arguably the most impactful and famous post-Bellarive song Sean has ever done) and the Hillsong UNITED cover ‘Good Grace’ were also present on Sean’s live EP. Now fast forward to 2021, and Sean is at it again, this time with 2 new singles- ‘Catch Me Singing’, and ‘Ways’.

‘Ways’ is one of my favourite songs of 2021 thus far. Standing tall lyrically with other songs like ‘Jesus I Have My Doubts’ (Jon Foreman), ‘Sailing Sea’ (Phil Joel) and ‘Good, God Almighty’ (Crowder); I heard this song around a week or so ago- and it was  really in the moment of realising that this song was very much unveiled even when COVID-19 was still happening, that this song was just as much for a season and time as this, as well as when ‘Catch Me Singing’ was unveiled during the height of COVID-19 in October 2020, and this is what makes this song ever-more poignant and heartfelt. ‘Ways’ is a reminder that we ought to be never running out of ways to praise the Lord, even if we believe that the situation doesn’t even require for it. Even during the seasons of darkness, doubt and winter, there are always ways to praise the Lord, and are always ways to look at situations and circumstances through a different lens than before. For the lyric line ‘…I keep discovering the weight of Your love for me, I need eternity to tell You how much I love You…’ is a great reminder for all of us, that God’s vastness is ever expanding, and our knowledge of Him will always continue, because we as people cannot fully understand an incomprehensible God, and that ought to be very sobering. For to declare that we are never going to be running out of ways to praise God, means that in every situation we face, they’ll always be good in it…somewhere.

To declare such a statement requires guts and determination, but even more than that, it requires us to still believe into the fact that God has never left us during such difficulties of 2020, and that after everything has settled and we come out through the other side, we will still be declaring God’s praise, and understand that even in such a time as this, God is using even the COVID-19 pandemic for His purposes, no matter how baffling and puzzling it can seem to people right now. There are always ways to be thankful to the Lord, and that there is nothing that is in our lives, that God won’t use for His glory and our good. The time we are in is for a reason, albeit a reason that has resulted in deaths around the world, but nevertheless, a reason, that though we may not understand right now, doesn’t mean we’ll never stop praising God. There is a way to praise God during this. We may not see it now, but hindsight is always a good teacher. We know that what happens or doesn’t happen, doesn’t stop God being God, and what we declare about Him isn’t determinant on the circumstances we are in. ‘Ways’ is just a continual reminder of this; and carries on from where ‘Catch Me Singing’ left off. We declare God for who He is not because of what we may have experienced in our own lives, but rather, because of what He’s done on the cross all those years ago. Co-written with Bethel artist Brandon Lake and worship leader Meredith Andrews’ husband, Jacob Sooter; ‘Ways’ is a great leveler, and places God at the continual centre rather than other worship songs that unintentionally place man there instead (I’m looking at you ‘Do It Again’ and ‘I Am Loved’!).

Bigger Than I Thought EP was by far one of my favourite EP’s of 2019, and Sean’s follow-up EP All Of Us (All Praise) continued to assert the claim that Sean, one of the many ‘new’ faces of Passion, inclusive of Melodie Malone, Kristian Stanfill and Brett Younker; is bringing in a new era of Passion just as passionate and worship-facilitating as the old guard of Chris Tomlin, Christy Nockels, Crowder and even Matt Redman. ‘Catch Me Singing’ and ‘Ways’ just reiterates the fact that Sean is fast becoming one of my favourite ‘up and coming’ (I say this in inverted commas because though Sean is not new in that he was in Bellarive before, he is a new artist in terms of him singing solo and in a genre of worship!) artists over the last few years. The ever-changing landscape of Passion, and in effect, the changing landscape of worship music and worship artists as a whole; is very exciting- Sean’s new solo music is evidence of this. A must-have if you enjoyed Sean’s debut EP, or if you enjoy modern worship music along the lines of Passion and all its worship leaders; Sean’s new track is very much a timely moment to reflect upon throughout the rest of 2021. ‘Catch Me Singing’, ‘Ways’, and Sean’s debut 2019 EP Bigger Than I Thought, are just the start of a hopefully long career of music that can hopefully shake up the notion of what worship music should look like and sound like to a new generation. Well done Sean for giving us ‘Ways’, can’t wait for a full-length album, whenever that may arise!