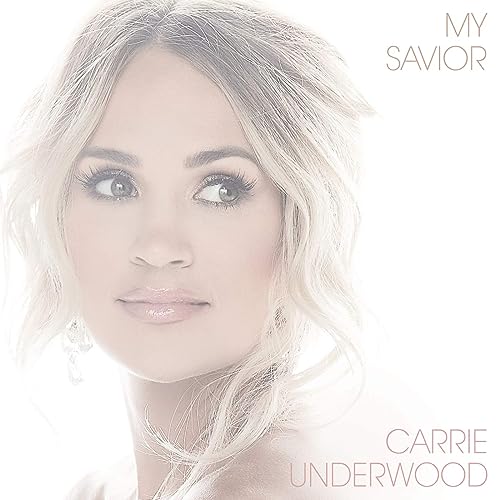 Carrie Underwood has been one of my favourite country artists for quite some time. Even before I was listening to country music regularly these last few years (initially listening to country artists in order for me to write about them in my blog post series, now just listening to country because I enjoy it!), I still heard of Carrie’s music, and though I wasn’t as much of a fan of it as I am now, I did listen to songs here and there, from ‘Something in the Water’, ‘Jesus Take the Wheel’ and ‘Temporary Home’, to ‘So Small’, ‘There’s a Place For Us’ and ‘See You Again’. Now fastforward to 2021. I wrote about Carrie Underwood and her influence in a blog post here on the site, back in 2019 when I first started this life-changing post series. We reviewed My Gift just this last year, and frankly, it was my writing of Carrie’s influence in her music in 2019, that I even had the courage to take the plunge and listen to other country artists, from Lady A, Rascal Flatts and Shania Twain, to The McClymonts, Faith Hill, Sugarland, Little Big Town and Keith Urban. So I guess, Carrie’s music started it all, and upon reflection on how my musical expansion into the vast expansiveness of country music travelled during 2019 – 2021, it seems very much fitting that this ‘review’ of sorts would be about Carrie’s new album- not a country album per-se, but rather, a gospel album in My Savior, with your trademark southern-style music and twang, an album that’s certain to have crossover appeal in both the CCM and gospel markets, as well as the country industry too.

My Savior is Carrie’s first out-and-out gospel/CCM album- full of hymns like ‘Blessed Assurance’, ‘How Great Thou Art’, ‘Nothing But the Blood’ and ‘Amazing Grace’, to name a few. A full-blown worship album by Carrie in the future? Maybe, maybe not, but what I will say is this- that Carrie’s faith is worn on her sleeve, and this album is evidence of her unashamed Christian belief. My Savior can just be the catalyst to be reminded of the fact that it is a good thing that people of faith (in music markets other than CCM) are starting to embrace their faith in their music, especially in a society where belief in anything and everything, or lack thereof, seems to be the way to go. Nevertheless, Carrie’s new album is a must if you’ve enjoyed her albums in the past, or if you love CCM/gospel, and want to hear traditional hymns sung in a country-esque manner.

If you know how Carrie Underwood sings, and if you know these familiar hymns (which I’m sure anyone who’s grown up on these hymns can testify), then you already know how this review is going to go. And it’s going to go like this…if you love Carrie Underwood, go buy this album (or at least stream it on Spotify). If you love country music, CCM or gospel music, then stream/buy this album. There’s not really much else to say other than that. Because in all honesty and seriousness, there’s nothing much else to it than that. The renditions of these hymns don’t stray too far away from versions of these songs that we know from the past. Songs like ‘How Great Thou Art’ and ‘Blessed Assurance’ still have the power and emotion even now, then when I heard renditions of them years ago. And while it was a little unfortunate that Carrie’s rendition of ‘Amazing Grace’ was the original version, and not the already-famous Chris Tomlin version, that’s one minor hiccup in an album full of emotion, enthusiasm, heart and passion, which is a lot more that I can say about this album, compared to a lot of other middle-of-the-road CCM albums I’ve heard recently (I’m looking at your, Sidewalk Prophets!).

Yes, a country artist can do it better in the CCM genre than CCM artists can…and it just happened with Carrie’s new album. From the folksy acoustical ‘Because He Lives’ and the rousing anthem ‘Nothing But the Blood’ (that features needtobreathe frontman Bear Rinehart as backing vocals), to the ever-familiar ‘I Surrender All’ and the powerful duet between Carrie and gospel sensation CeCe Winans in ‘Great is Thy Faithfulness’; this album offers the best-of-the-best of hymns, and for me, should be one of the highest chart-topping crossover CCM/country albums since Hillary Scott’s Love Remains in 2016. And maybe it will, maybe it won’t. But that ought not to stop me from continuing to advocate for My Savior, a great album full of lyrically rich truths, and stripped-down acoustical moments of reflection and contemplation, as Carrie brings forth these hymns and presents them for a newer generation who may not have heard of hymns before, or who may not have even heard of Jesus before. Regardless, this is a must if you love CCM, gospel, country music, or even enjoy Carrie’s whole discography. This is an album full of hope much needed during such a time as this in 2021, during COVID-19 and the rest of the world’s numerous moments of unrest. This album gives us comfort, and reminds us of someone higher than ourselves, keeping watch over us and loving us unconditionally through all the things we go through as humans on a daily basis. Well done Carrie for such a heartfelt and enjoyable album, one that has awakened my own appreciation of hymns and songs of yesteryear. Now time to dust off the Passion: Hymns- Ancient and Modern album from 2004, after listening to this, right?

‘…I definitely found the sense of community [moving out of a small town]. When I moved to Nashville, I was by myself. I didn’t have my family support unit anywhere near me … and all the churches around here are much, much bigger than the ones I like. So it was intimidating. I wouldn’t ever say that I strayed from my beliefs at all, because I feel like they’re so ingrained in me as a person. But there was a time when it was intimidating to go to church. And then fortunately, I fell in with some friends who – we go church-hopping a little bit, and see where we felt like it felt like home. But even now, it’s so hard to find churches that that sing hymns. There’s so much incredible worship music that’s out there right now, and a lot of churches kind of go for those big worship songs. Every once in a while, they’ll work in an old hymn or a chorus of one, and it just feels so good. So I also feel like, in making this album, we’re kind of introducing some of these very old hymns to a new generation. When we started out making our list, it was a very long list of songs to sing. And I knew I had my pillars: I wanted to record “How Great Thou Art” and “Softly and Tenderly,” because those are ones I’ve been singing over the years in live situations. And “Just As I Am” was another one, because that was our altar call song. It was always the song that ended church. [I] walked down the aisle to the front during the altar call to declare myself a follower of Christ…’

3 songs to listen to: How Great Thou Art, Nothing But the Blood, I Surrender All