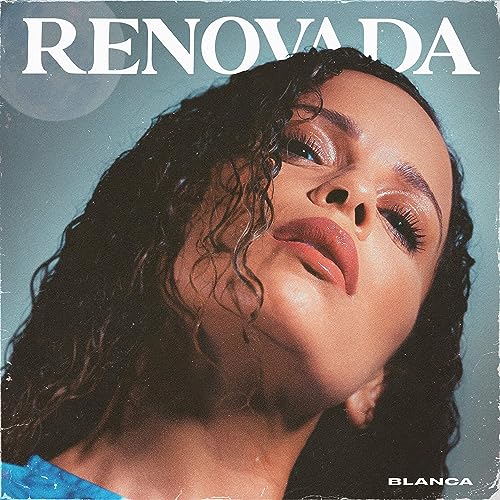 Back when they were active, Group 1 Crew was one of the most inventive and musically daring and unique CCM/pop/rap groups over the past decade. I never really connected with them right from the outset, however it was the band’s third album Outta Space Love that won me over as a fan. It was the first album I ever heard from the band from start to finish; and I was very impressed, with songs like “Let’s Go”, “Need Your Love”, “Please Don’t Let Me Go” and the title track all being highlights. Since then I have been semi-avidly following the band and all of its members, including their member changes- Pablo left in 2012 and Blanca left in 2014, while original member Manwell started up a podcast and released a solo album. These days I haven’t been as active in being across all of Pablo and Manwell’s solo projects and endeavours… but I do respect them as artists and one day I may dive deep into their material.

Yet as a solo artist, Blanca has connected with me the most. She released her debut self-titled album in 2015 after being in the group since the band’s inception. Blanca’s first release, complete with her distinct soulful and captivating voice, blended together with a myriad of genres (inclusive of reggae, pop, CCM, r&b, gospel, soul and many, many others), and also comprising her singles “Who I Am”, “Greater Is He”, “Not Backing Drum”, “Echo” and “Different Drum”; still having listeners singing along with the catchy beats and relevant lyrics. If you want to read a review of Blanca’s debut album that we posted on this site, you can do so right here. So, while it had been about a couple of years since Blanca released anything new, she did unveil her sophomore album Shattered last year (and you can read that review over here!). With Blanca then unveiling her Spanish EP Quebrantado (containing some of her biggest hits from Shattered, as well as a brand new song!); now the multilingual CCM/pop artist has recently dropped Renovada. A Spanish EP of entirely brand new songs; we are blessed to hear Blanca continuing to shine a light for Jesus, ministering to her Spanish brothers and sisters in Christ. As Blanca continues to grace the world with her exquisite bi-lingual skills, we are presented with near-flawless worshipful tracks full of life, edification, and unbridled praise to Jesus. To tell you the truth I don’t particularly know much of Spanish to understand a few sentences strung together (even though I studied Spanish in Years 7 and 8 in high school!), however Blanca reminds us in this EP that we do not need to understand lyrics to know that their anointed by God. This is the case with Renovada, and as I am ministered to hard-hitting songs (and lyrically good songs too, from me using google translate!), let us be in wonder as Blanca goes back to her roots and shines for Jesus in a different media market than we’re used to seeing.

For some, the fact that Group 1 Crew have totally rebranded (as in split, and now Manwell is releasing music in the mainstream!) and now Blanca is creating solo music which is stylistically different on the whole than the rap that Group 1 Crew was famous and popular for; would be a bitter pill to swallow. But in my opinion, Blanca’s second album Shattered, in particular the title track, “Real Love”, “Heaven” and “How Much More”, is something to be celebrated as it marks the beginning of a new chapter (genre change or genre expansion?), with plenty of God moments and a thoroughly inspiring message. Renovada, like Quebrantado, continues to firm up Blanca’s dominance in CCM whereby females are scarce- and no doubt Blanca will definitely be successful on many radio stations! Fans of Beckah Shae, Britt Nicole and TobyMac will love this new project, as well lovers of Spanish artists like Christine D’Clario and Julissa; as we let us sit back and marvel at Blanca’s stellar batch of Spanish songs!

My Spanish culture and deep Latina roots play a huge part in this. My parents always desired for me to embrace this part of me and create music for my people and my family. So here I am, finally doing just that. They aren’t here to see it happen, but I’m hoping through the music and the songs, I can keep their legacy alive.