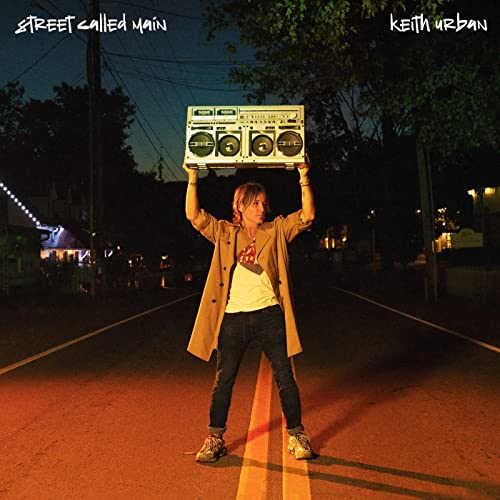 It’s no stranger that throughout the time that I’ve been blogging about influential artists, and throughout the time that I’ve been listening to country music– that Australian superstar Keith Urban has been a favourite artist of mine. He’s an extremely likeable guy (judging from his interviews and his presence as a judge on The Voice Australia!), and his songs are super catchy, relatable, inspiring, as well as relevant to the times we’re living in now. Keith is like an everyman type of artist- someone you can aspire to be like if you’re a budding young singer or songwriter- and it’s clear that he’s very grounded and has no ego. I can guarantee you that in 50 years’ time, we’ll still be talking about Keith and his music, as well as the mark he’s made on music in general; and if you want to know more about Keith and his music, then read Jon’s blog about him, as well as his review on his 2020 album THE SPEED OF NOW PT 1. Since that time, Keith’s also released 3 stand-alone singles- and each are varying degrees of success and impact, in my opinion. “Wild Hearts”, “Nightfalls” and “Brown Eyes Baby” were all reviewed by this site, and each track is unique, and each is incredibly catchy and poppy. Still a bonafide country artist, Keith reminds us through his music and especially in these songs, that he marries the genre of country and pop quite well, and that his song-writing in general is to be aspired to.

With Jon covering Keith and his biography and his music quite extensively (so there’s no reason for me to rehash old ground), now’s the time for me to voice my thoughts on Keith’s latest single “Street Called Main”. With “Wild Hearts” and “Brown Eyes Baby” both resonating with Jon and myself, and “Nightfalls” unfortunately being very forgettable; the latest track from Keith falls… somewhere in the middle. With all three tracks presumably included on Keith’s upcoming new studio album, slated to release in 2023, “Street Called Main” carries on the positivity, optimism, joy and celebration for life that Keith has so powerfully and beautifully encapsulated in these tracks. The sentiment is there. But does this song work in a wholistic sense? A breezy, summer anthem, Keith has delivered a fun-filled melody about how one place or one street for one person, can bring back intense and powerful memories- good and bad. And while this song isn’t terribly deep, the message of living life to the fullest and enjoying the moments in life in the present (because you never know when you really want to re-live those seemingly mundane parts of your life again), is paramount- because you only really get one go at life, so we should live without any regrets.

Even though “Nightfalls” was a stinker of a song (sorry Keith!), and this song is just ‘ok’, can I say I still have high hopes for THE SPEED OF NOW PT 2, releasing sometime this year or next year? Even if it is half as good as its predecessor, then it’ll be fantastic. “Street Called Main” isn’t a fantastic song. But it’s not a bad song- and kudos needs to be given for Keith’s commitment and passion which is still on display. But just because this song doesn’t resonate as much with me now, doesn’t mean that it won’t in the future. And so, I’ll leave you with a question. Do you abandon someone’s discography just because you don’t resonate with one song? Would you give an artist a chance if you love one song and are indifferent to the rest of their discography? Something to think about and ponder, that’s for sure! And hopefully, Keith Urban’s “Street Called Main” sound better next time! And if it doesn’t, that’s ok too!

I was thinking when I hear a song that I didn’t write, say [current single] “Brown Eyes Baby” or any of these songs, I realized that I love it for the same reason that any of us love a song the first time they hear it on the radio or streaming, whatever it is. There’s just something that we love about a song and in that moment I’m just the person listening to a song that I either love or don’t immediately.  “Street Called Main” just had that thing about it — the melody, the lyric… I was in right out of the gate. I love that song. It’s got to be a feeling and it drives some of the song pluggers nuts because they go, “What are you looking for?” And it’s not what I’m looking for, it’s what I’m feeling for.

I wanted to recreate that look [in the movie Say Anything] for years and years [for an album or single cover]. I just had to wait for the right song. And I just felt “Street Called Main” had that thing about it that if we could find similar clothes …. So I was like rummaging through my closet trying to find an overcoat that looks similar to the one John was wearing, sneakers and a T-shirt, and I was trying to replicate it as best I could. I didn’t quite nail it. Well, I got pretty close, but I love that movie. And I love that scene. It’s so iconic.