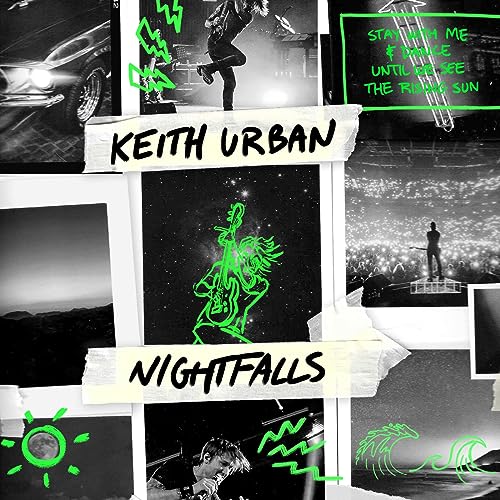 It’s no stranger that throughout the time that I’ve been blogging about influential artists, and throughout the time that I’ve been listening to country music– that Australian superstar Keith Urban has been a favourite artist of mine. He’s an extremely likeable guy (judging from his interviews and his presence as a judge on The Voice Australia!), and his songs are super catchy, relatable, inspiring, as well as relevant to the times we’re living in now. Keith is like an everyman type of artist- someone you can aspire to be like if you’re a budding young singer or songwriter- and it’s clear that he’s very grounded and has no ego. I can guarantee you that in 50 years time, we’ll still be talking about Keith and his music, as well as the mark he’s made on music in general; and if you want to know more about Keith and his music, then read Jon’s blog about him, as well as his review on THE SPEED OF NOW PT 1 and Wild Hearts (Single). Jon’s covered Keith and his biography and his music quite extensively- so there’s no reason for me to rehash old ground.

However here comes the sad bit. Because as much as I love Keith’s music and his enthusiasm and his passion and his general zeal to succeed in life in everything he does; unfortunately, there is no saving Keith’s latest song. “Nightfalls” is extremely forgettable and features lazy writing. Sure, it’s catchy- but isn’t this song a rehash of “Wild Hearts”? I know we all need to smile and laugh during Omicron, but this is superficial music to the nth degree. It pains me to hear this song, because I know that Keith is better than this. But now that we’ve got the obligatory ‘stinker’ of a song out of the way… then can I say I have high hopes for THE SPEED OF NOW PT 2, releasing sometime this year? Even if it is half as good as its predecessor, then it’ll be fantastic. “Nightfalls” isn’t a great song. But it’s not a bad song- and kudos needs to be given for Keith’s commitment and passion which is still on display. But just because this song doesn’t resonate with me now, doesn’t mean that it won’t in the future. And so, I’ll leave you with a question. Do you abandon someone’s discography just because you ‘hate’ (or don’t resonate with) one song? Would you give an artist a chance if you love one song and are indifferent to the rest of their discography? Something to think about and ponder, that’s for sure! And hopefully, Keith Urban’s “Nightfalls” sound better next time! And if it doesn’t, that’s ok too!