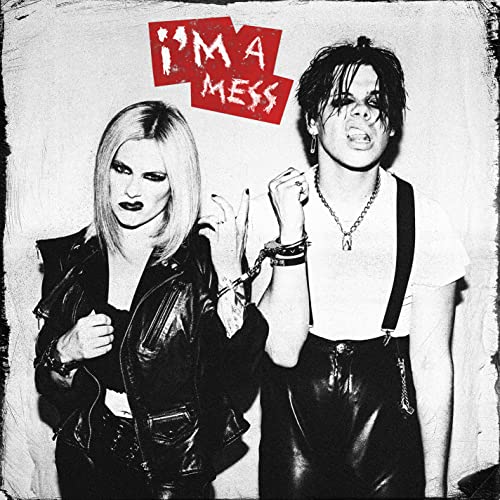 Throughout my entire life, I’ve always believed that Christian music was ‘good’ and that mainstream music was ‘bad’. That concept and paradigm was drilled into me when I was young (I’m not sure if it was by my parents or by the media); and it was only around about 3 and a half years ago that I branched out and discovered that beauty of other types of music and that God can speak through them too. After all, he spoke through Balaam’s donkey thus He can do anything, right?

My journey of listening to mainstream music started with Rachel Platten (Wildfire and Waves), Cimorelli (Up At Night, Alive and Sad Girls Club) and Carrie Underwood (specifically her 2018 album Cry Pretty). However, the journey of me consciously listening to mainstream music and liking it and being inspired by it was with Avril Lavigne’s 2019 album Head Above Water. To tell you all the truth, I hadn’t actively listened to Avril’s music when I was younger (apart from singles like “Complicated” and “Keep Holding On”, which both played on Hope 103.2 time and time again!) until Avril dropped the single “Head Above Water” in September 2018. And that was only because the song featured in my Release Radar Spotify playlist on particular week- and you can read the review I wrote of that single here! And thus, since that time, I had been eagerly awaiting Avril’s album Head Above Water (and you can read my glowing review of that project here!)- yet the fact remains. Would I have been excited for Avril’s comeback album had she not sung a ‘Christian’/‘worship’ song? If “Head Above Water” was a pop/punk/rock anthem rather than a soft inspirational ballad? Maybe, maybe not. Regardless; throughout the 6 years in-between albums (prior to Head Above Water, Avril Lavigne released in 2013!), Avril has had many a hardship. She has toiled, put the hard work and the effort in, written music not for the sake of doing an album, but as a way of healing while she was sick with Lyme Disease; and has come through the tunnel- through the other side of adversity- with much perspective and a different outlook.

Avril Lavigne’s tenacity, grit, and determination to inspire us all in the midst of trials and tribulations is what I admire about her, and it is this resolve shown in all of these 12 songs, that makes Head Above Water stand head and shoulders above quite a lot of albums from 2018, 2019, 2020 and 2021 (and possibly even 2022 as well!)- and certainly above any recent pop album that basically sings about sex, drugs, living for yourself and living in the moment. The album remains one of the most played albums in my family throughout the past few years. I won’t go into the details (because you can indeed read my review for a much more in-depth analysis!); but songs like the title track, “I Fell In Love With The Devil”, “Souvenir”, “Warrior”, “It Was In Me”, “Birdie” and “Tell Me It’s Over” still remain some of my favourite tracks from Avril ever. In fact, “It Was In Me” and “Warrior” are my personal highlights on an already near-flawless album- “It Was In Me” is a heartfelt, personal, honest and emotional rollercoaster of a piano ballad, where Avril relays to us that she no longer has the urge to chase after material possessions, but rather is awakened to the realisation that fulfilment, satisfaction and true happiness comes from within- by relationships with family, friends and with God. “Warrior” similarly is an inspirational melody and one of my favourite songs from Head Above Water. As we hear imagery aplenty; Avril highlights a battle with shields and swords in describing her battle with Lyme Disease, while also providing us with hope that the illness is not the end. Ardently crying out that ‘…I’m a warrior, I fight for my life, like a soldier all through the night, and I won’t give up, I will survive, I’m a warrior, and I’m stronger, that’s why I’m alive, I will conquer, time after time, I’ll never falter, I will survive, I’m a warrior…’. Avril even rerecorded “Warrior” in 2020 to lyrically focus it towards essential workers in light of COVID-19. Jon has blogged about Avril Lavigne in his series about most influential artists of all time; while he also reviewed Avril’s latest re-recorded album Let Go (20th Anniversary Edition). In July this year, I reviewed Avril’s most recent project Love Sux– the complete antithesis of Head Above Water in every way (musically, lyrically, and thematically!). Avril intends to unveil a deluxe edition of Love Sux in the future (in fact I now think it’s coming very, very soon!); but considering how much Avril has influenced me in my musical preferences, I figured why wait to review Love Sux (Deluxe Edition) when that project may not have released until next year? I mean, I could just review the standard edition of Avril’s latest album… and then we could gloss over the deluxe edition later on?

And that’s exactly what we did. We reviewed the standard version of the album Love Sux, and later on, Jon will be writing about the deluxe edition of the album. But before that happens, let me quickly divulge my thoughts about Avril’s newest single “I’m A Mess”- because this vibrant, haunting and compelling song deserves a review all on its own. Sung with rocker YUNGBLUD, Avril’s poignant, moving, inspiring, emotional, honest, and thought-provoking piano ballad speaks about the dysfunctional or even broken or irreparable relationship or friendship between two people and one person’s perhaps futile crusade and vow to be ‘better’ and to ‘fix their mess’, before they can come to the other person in hopes of a reconciliation of some sort. We don’t know why the persona is estranged from this other person. All we know is that in this song, the persona and the other person aren’t on speaking terms, and that the persona admits that ‘…I know that I have my issues, the less we talk, the more I miss you, I die just a little, die just a little, and slipping closer to the edge, I hear your voice, it’s in my head, but you’re gone again, gone again…’. One person in this fractured relationship wants so badly to mend it (and maybe the other person does too), but the main persona in this song believes that they need to fix themselves before they are loved and accepted. The lyrics in the chorus of ‘…I’m a mess, I’m a mess, when we’re not together, such a wreck, such a wreck, I hope it’s not forever, will I see you again? I wish it was me and you ’til the end, but I know I’m a mess, I’m a mess…’, remind us all, that sometimes we all can have the tendency to want to be better before we feel as if we’re worthy to be accepted and loved by anyone and everyone. Could “I’m A Mess” be an indirect and albeit naive prayer to God- asking Him to accept us once we’ve ‘cleaned up our act’? Could this song be a reminder that we actually don’t have to be perfect to be loved and to be Maybe. Perhaps. Remind me, why is this song only present on the upcoming deluxe edition of Love Sux again?

Avril Lavigne as an artist will always be sentimental to me. I definitely have Avril to thank for me essentially liking mainstream music more and more. She has shown me that any type of music can have a message- and that God speaks through the unexpected. Love Sux, even though it is an album full of break-up songs and only a handful of inspiring ballads, is another winner for Avril and a timely reminder of her relevance in this industry. Love Sux, despite the expletives (which should really be expected at this point!), is on the whole lyrically and thematically quite confronting- and I know beyond a shadow of a doubt that I will check out Avril’s discography from here on out. With this new song “I’m A Mess”, my sentiments and enjoyment for Avril and her music has only increased exponentially; so, thanks Avril for providing us with a stirring album in Head Above Water that has made me a fan; and a more-than worthy follow-up and return to pop/punk in Love Sux! Will the deluxe edition of the album be a stronger release than the standard version? From “I’m A Mess” alone, I would say so; so kudos to everyone involved- Love Sux is a masterpiece from start to finish- it’s pop/punk at its finest and most raw. And with plenty of lyrical content that we all need to dwell upon and ponder… well I can’t wait to see and hear what is next in the future! Well done Avril! Maybe a Christmas album?