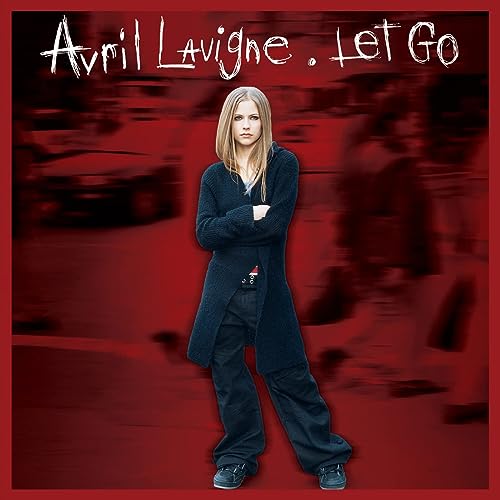 Avril Lavigne is, in my opinion, one of the most important, impactful, influential, and interesting female pop-punk artists of, not only the 2000s, but of all time. Unveiling her debut album Let Go way back in 2002, that album marked the resurgence and overall acceptance of pop-punk in mainstream culture and society- sure artists like Alanis Morrisette, Michelle Branch, Jennifer Love Hewitt, Plumb, P!nk, Britney Spears and Evanescence were all big around that time and were all delivering music of the pop/pop-punk variety. But personally, someone like an Avril Lavigne, for me, shone head and shoulders above the rest. Even a song like ‘Complicated’, from Avril’s first album, is just as popular now in 2022, 20 years later, as it was in the 2000s, and that is a testament to Avril as an artist she is.
Even though her 2019 album Head Above Water was much more ‘inspirational’ and ‘pop’ than her previous albums in her career; by and large, Avril’s been relatively consistent during her tenure as an artist.

She’s been impactful to the point where we as a site wrote a blog post on her and her impact and influence on modern music today…in fact, it was the discovery of Avril and her music that led us all, as a site, on the trajectory of discovering more and more powerful and impactful mainstream music over the last few years. As a site we are grateful for Avril and her music, and she will always have a special place in our hearts. However, now in 2022; Avril’s celebrating her 20th anniversary of Let Go with…you guessed it, Let Go (20th Anniversary Edition). While this site will review Avril’s brand-new studio album Love Sux at a later date this year; I figured it was timely, and appropriate, to revisit an album that really led me personally, to a place where I’ve acknowledged that mainstream music as a whole, isn’t as ‘bad’ or ‘evil’ as Christian circles make them out to be. Avril’s music, especially Let Go (as well as her 2004 follow-up Under My Skin), redefined pop-punk music for the better, and if an artist like Alanis Morrisette laid the groundwork for the genre, Avril popularised it, and reminded us all, that pop-punk, like any other musical genre, has its place in an ever-growing and ever-evolving music industry that should, in theory, have something to offer for anyone who is longing to have a music genre speak to them. While I myself won’t necessarily listen to pop-punk on the regular (even now); I have tremendous respect for Avril and her music, and it all started with Let Go, an album from 20 years ago, that’s still making waves today.

Let me just say that from the outset, this isn’t really a ‘review’, nor is it any ‘justification’ as to why I’m rating this album a pure-golden 5/5 rating. Let Go is just an iconic album, period, and I discuss further in my blog (that I wrote around 3 years ago), that the songs ‘Losing Grip’, ‘Sk8er Boi’, ‘Complicated’ and ‘I’m With You’, tracks 1 through 4 on the album, are quite possibly some of the strongest tracks 1 – 4 on any album, by any artist, in any time period…ever. Even track #5, ‘Mobile’, is just as great as the album’s first four tracks (Let Go will arguably be remembered for it’s first four tracks, even in decades to come). Let Go is just a gem; and is a reminder of what pop-punk music should be- pure, unaltered, unfiltered, raw, messy, genuine, honest, and real. She paved the way for other artists to express their own emotions through their music, from artists like Paramore, Krystal Meyers, Hey Monday, Billie Eilish, 5 Seconds of Summer and MercyMe, to Olivia Rodrigo, Charli XCX, Pheobe Bridgers, Soccer Mommy, Amy Shark, and Willow. That’s a big smorgasboard of artists that Avril’s music has impacted, and that is a testimony to Avril’s own musical versatility. There’s plenty of articles online that celebrates the legacy of Avril- ‘The Legacy of Avril Lavigne’, ‘Exploring Avril Lavigne’s Complicated Influence’ and ‘Avril Lavigne’s Let Go at 20’ are just some of many articles that remind us of this fact.

Her earlier works of Let Go and Under My Skin showcased her pop-punk side for everyone to see, while albums like The Best Damn Thing & Goodbye Lullaby reminded us more of her pop/radio friendly side. Her self-titled album planted her more in the realms of rock, while Head Above Water revealed more of her inspirational-pop side. All in all, Avril’s music reminds us that an artist can impact people far and wide, and whatever style that is on an album, can speak to people in ways that other albums speak to others. Let Go, I reckon, is Avril’s magnum opus to date (she could create another album that could top her debut, we’ll have to wait and see), so much so that this year, a 20th anniversary album was created to honour Avril’s mark on music as a whole.

On top of her 13 original songs from her 2002 debut, there’s the newly recorded ‘Breakaway’, a song originally recorded by Kelly Clarkson for her own 2004 album Breakaway (but was actually written in its entirety by Avril, originally slated for Let Go but realised that it ‘didn’t fit’), as well as songs like ‘Why’ (a b-side from Avril’s single ‘Complicated’), ‘Get Over It’ (from the ‘Sk8er Boi’ b-side), and ‘Make Up’ (another rare b-side previously not available on any digital platform), alongside the songs ‘Falling Down’ and ‘I Don’t Give’, from the soundtracks of the movies Sweet Home Alabama and American Wedding, respectively. Let Go: (20th Anniversary Edition) is perfect for any fan of Avril’s discography, or just any fan of pop-punk period. While fans are in all honesty still hoping for a pop-punk follow-up to Under My Skin (because her 2007 album The Best Damn Thing seems a little more commercialised and ‘radio-friendly’ than her previous 2 albums), Let Go: 20th Anniversary Edition is the next best thing in the meantime. ‘Complicated’ by far, will remain one of the most impactful and influential songs of the 2000s decade, period. Well done Avril for such a chart-topping and genre-defining album, one that has been able to redefine what pop-punk looks like for artists, in the 20 years since. Maybe another pop-punk album in the future, that isn’t as commercialised as Love Sux? A true Avril Lavigne fan can dream, right?

5 songs to listen to: Losing Grip, I’m With You, Breakaway, Mobile, Complicated