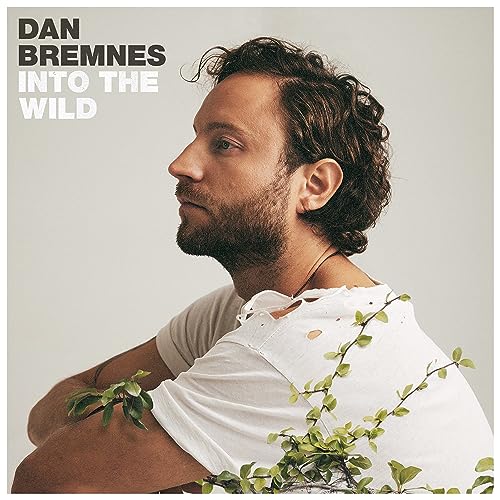 Every now and again, an artist comes along that blows you away, in every facet. Song writing, musicianship, energy, passion… and Canadian CCM singer/songwriter Dan Bremnes is one such artist. He released his label debut Where The Light Is in 2015, his Word Label Group debut EP Wherever I Go in 2018, and also released his second full length studio album Wherever I Go in 2019; comprising of the 7 tracks from the Wherever I Go EP, plus 7 brand new songs! 4 years between full length albums- there were seriously some high hopes that I have for this release. And…I think it’s safe to say that Wherever I Go exceeded my expectations- which is definitely a good thing! So if you want to know more about Dan, then I think a few years ago I wrote a pretty good intro to my review of Where The Light Is, and Jon wrote an extensive intro as well for his review of the Wherever I Go EP– so let me point you to those reviews here and here for you to read. I also reviewed Dan’s 2nd album here; but let me just remind you all that Dan is one of the most passionate and dedicated artists out there at the moment, in my humble opinion! I for one, found Wherever I Go to be much more resonating and powerful and moving than anything from Where The Light Is. It’s not that these songs are better than every single track from Where The Light Is; it’s just that these melodies show a more mature Dan Bremnes– one that’s older and wiser; which makes these songs all the more relevant and applicable to today’s society and culture. Dan’s emotion is clearly on display here, and the entire sophomore full-length project reminds us all, that wherever Dan goes after touring for this album- he’s going with God. It may be into the unknown but because God is there, it’s going to be a beautiful journey. And as Dan also revealed Wherever I Go (Acoustic Sessions) in 2020; it’s time for us to be immersed in something new from one of the most underrated artists in Christian pop. Dan recently dropped Into The Wild featuring the lead single “Run Away with Me”; and though this 10 track 30-odd minute pop album is similar to something that mainstream artists like Ed Sheeran or Ronan Keating would record, there’s still value and impact in this latest collection of new songs.

I wrote ‘Run Away With Me’ at the height of the pandemic when all dreams felt cancelled. We asked ourselves, ‘Where would we go with the one we love right now?’ This song is about dreaming impossible dreams in impossible times.

With the lead single “Run Away With Me” co-written with former Tenth Avenue North lead singer Mike Donehey, and the extremely picturesque music video filmed by former Hawk Nelson front-man Jon Steingard, Dan eloquently reveals to us that even if it seems unrealistic, if you dream big dreams, step out in faith and trust God; the possibilities are endless. All things are possible with God, and with Dan singing about going on a holiday with his wife smack bang in the middle of a pandemic, the theme of the song about trusting God and following His lead, reminds us that we can step out in faith also. With Dan also sharing his testimony in the music video of the song, this breezy, summer-y anthem is just the sort of light escapism that we need. The world is a tad overwhelming and is seemingly shot to bits right now with wars and high vegetable prices; so why can’t we dream a little right now?

The rest of the album presents to us a fun-filled and comforting album full of pop goodness and thought-provoking lyrics. The album opener and title track invites us to step out into the unknown and to run off ‘into the wild’ where it isn’t safe, but still satisfying and content. Also co-written with Mike Donehey, this melody doesn’t mention Jesus at all, is seeker-friendly, and could be a hit on mainstream radio. Yet for all of its obvious flaws, there’s still a passion, charm, and uninhibited joy to this song- the chorus is incredibly catchy and it’s a song that has gotten stuck in my head… for better or worse. “Hold You Tight”, sung from God’s perspective and another track written with Mike Donehey (has Mike contributed to every song on the entire album as a co-songwriter?), speaks about Jesus Christ holding us tight and holding us in the palm of His hand, that ‘…you don’t have to worry, you don’t have to hide, I know you’re weary, weary from the fight, you don’t have to fear now, I’m here by your side, and I’m gonna wait here, wait with you tonight…’; while the piano led mid-tempo ballad “No One Love Me Like You” (of course also co-written with Mike, but this time with We The Kingdom’s Andrew Bergthold!) speaks about Jesus’ unending and all-powerful and all-consuming love for each one of us, and the fact that He loves each of us infinitely and beyond all of our finite understanding.

“Wouldn’t Change A Thing”, probably one of the most uninteresting songs on the album, speaks about how God is faithful and Dan wouldn’t change a thing that has happened to him even if he got the chance. It’s a song that thematically has been done to death before- songs like “Happy” (Pharrell Williams), “I Thank You” (Rebecca St. James), “Thank You” (Dido), “A Moment Like This” (Kelly Clarkson, “I Gotta Feeling” (The Black Eyed Peas) and “The Living Years” (Mike + The Mechanics) all come to mind as songs being sung about life and all of its ups and downs. However, Dan’s song about thankfulness and gratefulness, while lyrically bland, is visually stunning when watching the powerful and creative music video. Conversely- “Lover Of My Soul”, lyrically similar to “Jesus Lover Of My Soul” by Hillsong Worship, is one of the most vulnerable and poignant tracks on this new album- Dan emphatically delves into the fact that Jesus loves us and pursues us and dotes on us until the end of time… even if we run away and reject Him, that ‘…even if I fall a thousand times, You won’t let go, You won’t let go, even if I run and try to hide, You hold me close, You’re the lover of my soul…’. “Good Life” brings the album back down to lazy song writing and repetition (I mean, OneRepublic’s song of the same name is miles better than this!), however Dan’s heart is in the right place and there’s no denying his passion and love for Jesus.

“One Day At A Time” is a radio friendly pop song that highlights the fact that because God is faithful and He is sovereign and loving and in our corner; we can in fact take life one day at a time and live life in the present knowing that Jesus is holding our future securely. It’s a concept that we all know in our heads, and here’s hoping that this melody imprints this ever-true notion into our hearts. “Fingerprints”, a pop melody co-written with Jason Roy from Building 429, dives deep into the notion of everything around us displaying God’s fingerprints for us all to see- a concept probably better explored in “Fingerprints Of God” by Steven Curtis Chapman; while Into The Wild ends with captivating, compelling and moving piano ballad “Love Me”, where Dan sings a love song to his wife, and thanking her for loving him all the years they have been together.

I don’t think it’ll ever be disclosed as to why Dan Bremnes split from Capitol Christian Music Group. In some ways, it hardly matters. However, it’s evident that he’s enjoying his time at Word- and his albums Wherever I Go and now Into The Wild are proof of this. This latest album isn’t without its flaws (“Good Life” and “Wouldn’t Change A Thing” aren’t that impressive!) however the album on the whole is solid, and reminds and signifies Dan’s musical and lyrical versatility. It isn’t known what is coming next for Dan, but hopefully there will be more and more albums- and maybe a live project or a Christmas album in the future? So let us sit back and enjoy this poppy and inspiring new project! Is this album in your top albums of this year thus far?

3 songs to listen to: Hold You Tight, Lover Of My Soul, Love Me