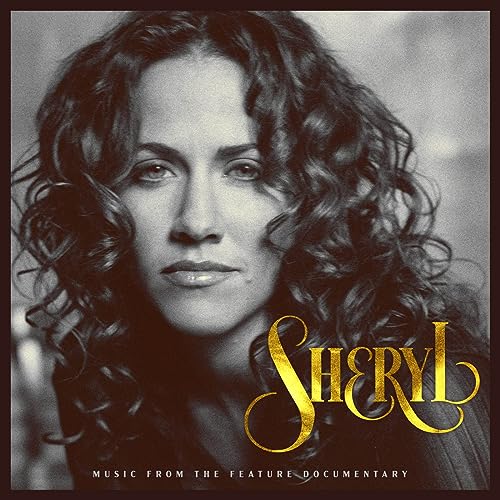 Sheryl Crow has been in and around the music business for quite some time. Not quite a country music singer, and not quite a pop singer, this singer-songwriter from Kennett, Missouri has made a prolific mark on the music of today, so much so that we as a site decided to write a blog, highlighting her impact and influence on the current state of music today, and how her tenure as an artist in the 1990s, 2000s, and the 2010s has laid foundation and groundwork for a lot of pop and country artists today. Known for her hits like ‘All I Wanna Do’, ‘Leaving Las Vegas’, ‘Strong Enough’, ‘Everyday is a Winding Road’, ‘A Change Will Do You Good’, ‘If It Makes You Happy’, ‘My Favourite Mistake’, ‘Soak Up the Sun’, ‘Out of Our Heads’, ‘Summer Day’ and ‘Be Myself’ (to name a few); Sheryl has managed to toy the line between pop and country for years, even making her first and only out-and-out country record in 2013 (Feels Like Home). Since ‘retiring’ from making any more studio albums after her collaborative 2019 project titled Threads, Sheryl is back again after a few years, with another offering of new music.

She released her live album Live From the Ryman & More in 2021, and now in 2022, she’s unveiled Sheryl: Music From the Feature Documentary, a double-disc album that is an accompaniment to a 90 minute documentary that aired on Showtime earlier on during the year. While this double disc set isn’t necessarily a best-of project per se (out of the 35 songs present here on this double disc album, three are new, 7 are from Tuesday Night Music Club, 8 are from Sheryl Crow, 4 from The Globe Sessions and a further two from 2002’s C’mon C’mon), this double disc album does highlight the songs that nevertheless make Sheryl, the classic ‘legacy’ artist she is today, and reminds listeners that even artists who have had their ‘heyday’ in the 1990s, can still be popular and relevant today. The double disc album also highlights the 2019 album Threads, boasting 7 tracks out of 35 that were originally from Sheryl’s collaborative album, inclusive of ‘Prove You Wrong’, ‘Story of Everything’, ‘Everything is Broken’, alongside Sheryl’s ‘duet’ with Johnny Cash on the poignant and emotive track ‘Redemption Day’. While the soundtrack (and also the documentary) seemingly bypasses any material between the years of 2002 to 2019 (only three songs present between C’mon C’mon and Threads– 2 from Detours and 1 from Be Myself), what this album, and by a larger extension the documentary as a whole, is an emphasis on Sheryl’s start in the industry, and the lasting impact her first few albums has had, on music, period.

Not a best-of album in the slightest, Sheryl: Music From the Feature Documentary isn’t your one-stop shop for all things Sheryl- it does however deliver a lot of her 1990s hits with precision, poise, emotion and necessity, as we realise now more than ever, do we need songs from yesteryear to remind us of a time where nothing like what we are currently experiencing, really mattered to anyone. A lot of the time, we live in this consumeristic society where we think that ‘newer is better’, and yet it has taken these last few years for us to realise that this statement that has influenced a lot of our listening habits and decisions, doesn’t hold true anymore. Now more than ever, are people going back to the music and songs that they knew (and still know) when they were a child, and what Sheryl Crow’s documentary (and subsequent companion album) does is also just that- remind listeners of how much Sheryl’s discography, especially her older material, still matters today.

Yes, it’s a shame that her discography wasn’t captured equally on this compilation album, yet I don’t think that was the point, to this companion album piece. It’s to highlight the Showtime documentary, and how someone’s early career and the songs they make early on, has more of an impact on people currently, than we care to admit. Sure, I am more partial to Sheryl’s older music and material, and so this ‘compilation’ album was fine by me, to listen to. But for anyone who wants to hear a more ‘complete’ representation of Sheryl’s music over the years, needs to treat themselves to a Spotify playlist of her music, before listening to this album through and through. But for anyone who is nostaligic for her 1990s material, then this album is for you. Just remember, that there’s whole albums ‘missing’ from the compilation, and maybe, just maybe, a more complete ‘compilation’ from Sheryl is on the horizon…maybe. Well done Sheryl for this companion album, one that reminds us of the need of music from yesteryear. Looking forward to more ‘compilation’ and other ‘rare’ albums to be released in the future, whenever they arise.

5 songs to listen to: Redemption Day, Everyday is a Winding Road, All I Wanna Do, Soak Up the Sun, Forever