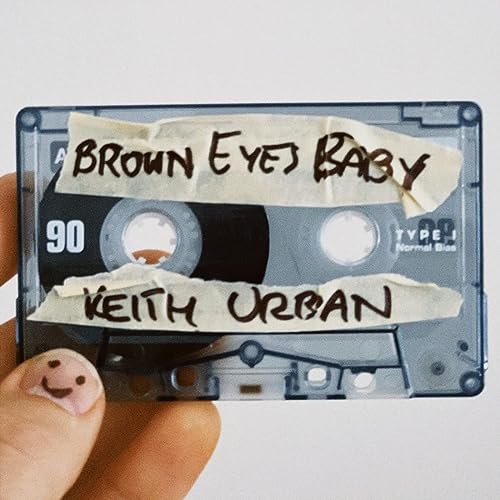 Keith Urban has been a household name for ages. Releasing music from the 2000s onward, and delivering standout songs like ‘Somebody Like You’, ‘Days Go By’, ‘You’re My Better Half’, ‘Once in a Lifetime’ and ‘But for the Grace of God’, to name a few; this country superstar recently unveiled his latest full-length album, encapsulated in the title The SPEED OF NOW Pt. 1 in 2020 (maybe that’s an indication that they’ll be a part 2, sometime in the future?). Fusing together country and pop, like he has done for quite some time, The SPEED OF NOW Pt. 1 was one of 2020’s most anticipated releases, not just in country music but in all music full stop; as Keith reminded us through the poignant melodies and songs, of the necessity of us to slow down and to re-evaluate if and when necessary. It was indeed very much needed throughout 2020, especially because of the tumultuous and uncertain time in our lives of 2020, called COVID-19. The SPEED OF NOW was an album that Keith continued to fuse together country and pop, and an album that was to be enjoyed and appreciated by anyone who enjoyed Keith’s older material of the past (myself included), or anyone who appreciated similar styled artists, like Tim McGraw, Brad Paisley; and Blake Shelton, or just anyone who loves country music, period. Now fast forward to 2022.

Keith’s album release in 2020 granted him a whole bunch of singles- songs like ‘Polaroid’, ‘One Too Many’, ‘Out the Cage’, ‘God Whispered Your Name’ and ‘We Were’. Following along from that, Keith unveiled his standalone 2 singles ‘Wild Hearts’ and ‘Nightfalls’- revewiwed by the site, and in my opinions, are songs that aren’t necessarily as catchy or even as memorable as a lot of Keith’s music prior, and that’s ok. For me, ‘Wild Hearts’ was more meaningful than ‘Nightfalls’…but who am I to know? ‘Wild Hearts’ was a song that went out to the dreamers, believers, free-thinkers, critical-thinkers, the people who drift and the people who challenge the system from the ground up; while ‘Night Falls’, according to my brother Josh (who reviewed that single last year), ‘…is extremely forgettable and features lazy writing. Sure, it’s catchy- but isn’t this song a rehash of “Wild Hearts”? I know we all need to smile and laugh during Omicron, but this is superficial music to the nth degree. It pains me to hear this song, because I know that Keith is better than this…’ Now, we are treated to another single- ‘Brown Eyes Baby’. Are all these three songs from this new album The Speed of Now, Part 2, releasing sometime in the future? Maybe.

Co-written with country superstar Morgan Wallen, ‘Brown Eyes Baby’ speaks of a persona in the song that is suffering from hurt, heartbreak and a sorrowful demeanor, as this young woman (I assume the song is about a young woman) seems to feel as though the whole world is crumbling down because of a break-up; and is holding a pity-party for themselves. Their friends come by, and she has enough courage to venture out of her four walls, down to the local…pub? Restaurant? Café? Entertainment establishment (ice-skating rink, maybe?)…who knows. What is known, is that this persona is out, and the song starts there, as Keith, through the eyes of yet another persona who tries to see what this person is going through, seems to try to help in the situation, and to venture into the mind of someone who had just been through a breakup, and to try to lift their spirits in ways that they know how- by having conversation, and trying to take their mind off of _____, and to just have a good time. ‘Brown Eyes Baby’ speaks about picking yourself up and moving forward, having a decent time out, even if you feel as though you don’t even deserve it.

It’s a song that speaks to this inward struggle someone must have post-breakup- should I even have fun now; now that I’m no longer with this person? Maybe this is my penance or even punishment, to not have fun or to just be ____ now that this person is gone? ‘Brown Eyes Baby’ offers hope, as Keith is personified in the track as the person who tries to help the main ‘character’ in the song. Yes, you may feel as though you don’t deserve hope, healing, and happiness, but there’ll always be someone in your corner- either your ride-or-die friends, or even some random stranger who offers you an encouraging word. ‘Brown Eyes Baby’ is more than just a ‘surface level’ song, it’s indeed a track that can hopefully heal and encourage more and more people as the weeks roll on. The song is undoubtedly a hit, as it tugs on our heartstrings, and is by far one of this year’s most emotional songs I’ve heard from Keith, ever since ‘The Fighter’ way back in 2016. Keith’s song reminds us all that it’s indeed a process to get back into life, post breakup, and that that’s ok, that whenever we do look a little deeper and delve into the lyrics, that a song like ‘Brown Eyes Baby’ can really impact if we can see past it’s ‘superficial’ electric guitar-driven sheen. And if a song by a country artist like Keith can allow us to see if there’s things about ourselves that we need to change or stay the same, then the song has done its job. Keith’s music has inspired so many people in albums past, and this new song is no different. Well done Keith for such a down-to-earth track about hope and healing after season of difficulty. Hoping that people are impacted by the song in the upcoming weeks and months ahead!