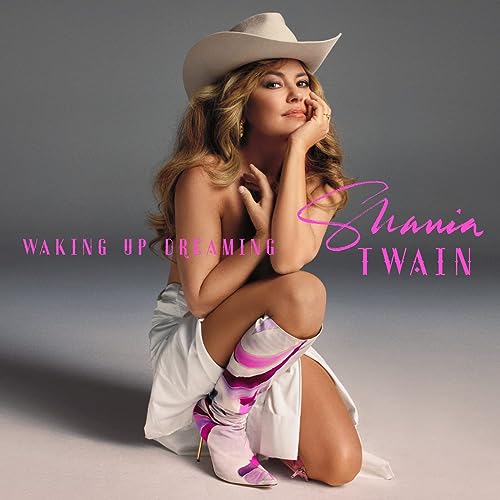 Shania Twain has been in and around the music industry for quite some time. She’s anchored the 1990s and the 2000s in terms of country music, and her songs like ‘From This Moment On’, ‘You’re Still the One’, ‘Forever and For Always’, ‘Man! I Feel Like a Woman’, ‘I’m Gonna Getcha Good’ and ‘Any Man of Mine’ are all synonymous with the period of the 1990s and the 2000s decades, as we’re reminded of the influence of Shania’s music, not just on country music, but on music, full stop. I’ve been hearing these songs on the radio for years, even before I knew of Shania and knew that she was the singer behind these songs. Shania’s impact on country music, and influence on music culture in general, is reason enough as to why I wrote a blog about her impact on music, way back in 2019 when I was first starting out in writing my blog series about Influential Artists of all time. I wrote that blog post in mid-2019, where I catalogued her 5 albums (to date), and spoke about the significance of her music, and her as a person, during a time where country music was grounded and impacted by a lot of female artists during that time of Shania’s rise to fame- alongside Shania Twain, in the 1990s and the 2000s in particular, we had other artists and bands rising to the challenge of succeeding in country music (or even just in music in general) as well- from Faith Hill, Martina McBride, The Chicks, Alanis Morissette, and LeeAnn Rimes, to Trisha Yearwood, Deana Carter, SheDAISY, Lee Ann Womack, Sara Evans and Jo Dee Messina. Even seasoned veterans like Dolly Parton, Wyonna Judd and Reba were all successful in the 1990s (and to a further extent, the 2000s as well), while Celine Dion had arguably the most recognisable hit of the 1990s decade- ‘My Heart Will Go On’.

Needless to say, Shania’s music is impactful to say the least, and transformative and identity building to say the most, which is why after a mere 5 years of ‘inactivity’ (her previous full-length newly written album Now was unveiled in 2017), Shania is once again back with new material. In recent months, Shania unveiled a compilation best-of project Not Just a Girl: The Highlights, together coupled with a Netflix documentary also titled Not Just A Girl. Both the documentary and the soundtrack (all these 18 songs appear in the documentary in order, in some shape or form) are meant to be watched and listened to, together; and since the release of both the Netflix documentary and its companion digital album, I’ve been appreciating Shania the artist more and more. Now, around 3 months after both the compilation and the documentary, Shania’s back again, this time with an upbeat new single ‘Waking Up Dreaming’. How is this new song compared to songs gone by? Does it mean that Shania has more new songs on the horizon?

Let me just say this- compared to ‘Not Just A Girl’ (which was a powerful, big and bold anthem that, out the gate, really impacted and spoke volumes to people, myself included), ‘Waking Up Dreaming’ didn’t ‘do it’ for me per se, as this 80s-themed synth-heavy autotune-prevalent song seemingly ‘limped’ through its length of three minutes and 19 seconds, all the while, showcasing a theme that is about…taking things to the limit? Pursuing your dreams and dreaming big? Going after what you want and living life to the fullest? The song is definitely vague, and maybe that was intentional. Nevertheless, I don’t think this track was as memorable as what it could’ve been. Nevertheless, the companion music video of the song is definitely aesthetically beautiful, but that isn’t saying much, if the actual message of the track is unfortunately garbled. Regardless of the message, what will certainly stick out, now and into the future, is in fact the music video, and the fact that the video was set in the 80s with a lot of wardrobe changes throughout the track, brings to us a sense of nostalgia as well. A song that can hopefully tie us over until the next Shania release, ‘Waking Up Dreaming’ is a song that isn’t great by Shania, nor is it the worst, it’s just…reasonable? Here’s hoping whatever next from Shania is a bit more inspired and intentional. Still, Shania’s music is revolutionary- maybe this song will be revolutionary also in months to come? Well done Shania for this track, even though it’s a little different. Maybe there’s a new album late this year/early next year? Only time will tell.

One thought on “Shania Twain – Waking Up Dreaming (Single)”