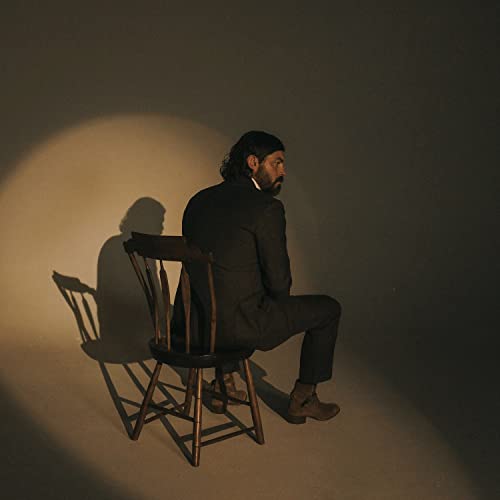 Josh Baldwin– Where The Glory Is (Amazon mp3/iTunes)

If you’ve been a frequent visitor of this site, then I am positive that you will know all things about Bethel Music. If you don’t though, you can check out our thoughts on the worship movement here. Over the past few years, worship music has been vastly evolving at an exponential pace. Newer artists like We The Kingdom and Brandon Lake have risen in popularity and prowess musically, with them being recognised amongst veterans such as Chris Tomlin, Matt Redman, Kari Jobe, Meredith Andrews and Leeland. While bands like Jesus Culture, Desperation Band, Elevation Worship, Mosiac MSC, Planetshakers and Hillsong UNITED and Young & Free are also impressing critics and listeners, and injecting a new, unique, and fresh musical and worshipful perspective into the worship industry as well. Bethel Music, is another such popular and influential band (more like worship movement) within the CCM industry, that is capturing the hearts and ears of and resonating with many around the world currently, ensuring that the industry doesn’t become stale. And…one such album that I have found to be truly encapsulating Bethel Music’s heart for Jesus, and their passion to worship our Father, Saviour, and Redeemer, is Josh Baldwin’s latest studio album Where The Glory Is, which released a few weeks ago. As Josh is still a relatively new-ish artist signed to Bethel Music the label; we have been introduced to him a couple of years ago through his hit songs “Stand In Your Love” and “Let The Redeemed”. We reviewed his previous album Evidence and you can read all about it here. Yet now on this new and impacting, honest, poignant, and heart-warming 11 track album; Josh is set to invite us all on a worship experience and a musical and lyrical journey like no other. And on the whole Josh succeeds in presenting to us a moment, or several moments, of praise and total adoration and devotion to God.

“Narrow Road” is about those times in life where the journey feels lonely and hard. When you are following the Lord it is not gonna look like the easy road. It requires trust and faith in him. It is about remembering that He is walking with us every step of the way. He will never leave us, we are never alone. There is a greater reward on the narrow road, and it is the road scripture calls us to.

“I See the Light” is a song I started writing 5 or 6 years ago with my friend Bobby Strand. We had this visual of a guy looking into a grave and what he sees is his old self before Christ and the whole song just came from that. We wanted to write something that spoke of leaving our old selves behind and taking up that cross for Jesus. Our ability to do that is only through seeing the light of Christ and the hope through Him and his mercies which are renewed each morning.

It feels amazing for these songs to finally be out and available, reminding listeners of their history with the Lord. My greatest hope is that the lyrics in these songs would bring to mind all the times that He has shown up in their lives, and it would serve as an encouragement and a reminder that He is and always has been faithful.

Opening the track list is the vibrant and energetic melody “There Is Freedom”. A powerful, compelling, earnest, and honest worship anthem, this melody feels like a modern worship hymn, something akin to “10,000 Reasons” by Matt Redman. And as Josh emphatically relays to us all that there is freedom in Jesus because of everything He’s done for us, we all are encouraged to powerfully proclaim and declare the truth that ‘…where the Spirit of the Lord is, there is freedom, we’ll be dancin’ through the darkness ‘cause we believe it, and every stronghold has to break at the name of Jesus…’. Following on from that joyous and celebratory worship moment, is the equally as celebratory worship anthem “Resurrection Day”. A melody that could easily be sung on a Passion album, Josh profoundly and exquisitely relays to us that because of everything He has done, we can declare that every day is a resurrection day and that every day is a day that we can and should worship Jesus.

The rest of the album declares immutable and immovable truths about Jesus, as Josh earnestly sings out biblical truths and worships Jesus for who He is. The title track, one of the many album highlights, is a ballad that speaks about trusting Jesus throughout the hard times, and believing that He has our best interests at heart, and that His plans are far greater than our own and greater than what we can comprehend and understand. Following on, “Narrow Road”, a heartfelt, emotive and inspiring ballad, has Josh once again recounting the theme of trusting in Jesus even when we don’t understand or can’t see what’s up ahead- with the knowledge that Jesus is with us even as we’re walking on the narrow road. “Every Hour”, an acoustic guitar worship melody similar to what Bebo Norman would record musically and thematically, highlights how we need Jesus Christ every hour of every day; while “Still Standing” unfortunately is the low point of the album as lyrical cliches abound, even though guest vocalist Patrick Mayberry is a great addition with his intense passion and heart for Jesus- it’s a catchy song but the theme of Jesus Christ always standing by us no matter what… has been recorded many times before by many other artists.

“The Power Of His Love”, a piano led gospel influenced ballad, is an extremely moving album highlight, as Josh cries out that Jesus’ love ‘…runs like a river, bringin’ life to dust and drought, it burns like a fire till we’re left with holy ground, when we think it’s over, there is so much more to come, ’cause we’ve only scratched the surface of the power of His love…’; while Josh once again delivers musically and lyrically with the track “I See The Light”. No, it’s not a faithful adaption of the Hank Williams gospel classic… but rather a modern interpretation of the song- complete with Josh including references to many well-known hymns [a similar writing trope present in songs like “Turning My Heart” (The Young Escape), “What’s Your Country Song?” (Thomas Rhett) and “Ladies’ In The 90’s” (Lauren Alaina), to name a few]- a clever ploy that keeps me on the edge of my seat and shouting out God’s praises.

“Fresh Fire, Fresh Wind”, a serene and reflective ballad, is similar in theme with Hillsong Worship’s “Fresh Wind”; while the rousing and thoroughly engaging guitar led ballad “Keep Me Burning” is similar in lyrics and theme to the iconic “Refiner’s Fire”, as Josh sings out that he longs to be still passionate and on fire for Jesus even as the years progress and most people may be jaded and cynical. A melody that outlines that Josh wants to always be in awe of everything Jesus has done for us; this really should be the way we worship Jesus- asking Him to always provide to us a greater love to Him more than we ever had before. “Our Father” ends this vibrant and eclectic track list, as Josh reimagines The Lord’s Prayer, and turns it into probably the most powerful rendition I’ve heard in recent memory.

Apart from the obvious downside (really, it’s a nitpick!) which is that in my opinion the track list is a couple of tracks too short; we still hear near-flawless masterpieces and no sense of an album slump at all- even into Josh’s third album. Josh Baldwin has overall created a thoroughly enjoyable project that just may become better and better with each listen. As Josh has shown us how proficient and how professional he is as a singer and as a worship leader; I am confident that from this album, Josh’s star power and his popularity as an artist able to facilitate the communion between us and God, is sure to rise and rise. With Where The Glory Is being one of my favourite worship albums of 2022; there’s nothing much more that I can say about this release. So…have a listen and let me know your thoughts! Well done, Josh- I can’t wait to hear what God has in store for you next!

3 songs to listen to: Where The Glory Is, The Power Of His Love, I See The Light