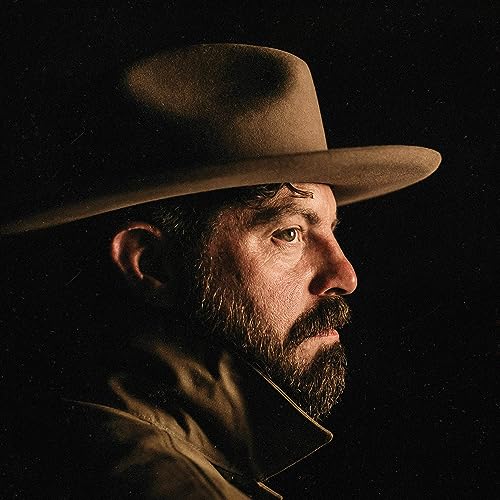 If you’ve been a frequent visitor of this site, then I am positive that you will know all things about Bethel Music. If you don’t though, you can check out our thoughts on the worship movement here…and now that you have finished, let’s go on, shall we? Over the past few years, worship music has been vastly evolving at an exponential pace. Newer artists like We The Kingdom and Brandon Lake have risen in popularity and prowess musically, with them being recognised amongst veterans such as Chris Tomlin, Matt Redman, Kari Jobe, Meredith Andrews and Leeland; and bands like Jesus Culture, Desperation Band, Elevation Worship, Mosiac MSC, Planetshakers and Hillsong UNITED and Young & Free are also impressing critics and listeners, and injecting a new, unique and fresh musical and worshipful perspective into the worship industry as well. Bethel Music, is another such popular and influential band (more like worship movement) within the CCM industry, that is capturing the hearts and ears of and resonating with many around the world currently, ensuring that the industry doesn’t become stale. And…one such album that I have found to be truly encapsulating Bethel Music’s heart for Jesus, and their passion to worship our Father, Saviour and Redeemer, is Josh Baldwin’s latest studio album Evidence, which release a few weeks ago. As Josh is a relatively new-ish artist signed to Bethel Music the label, we have been recently introduced to him through his hit songs “Stand In Your Love” and “Let The Redeemed”. Yet now on this impacting, honest, poignant and heart-warming 11 track album, Josh is set to invite us all on a worship experience and a musical and lyrical journey like no other. And on the whole Josh succeeds in presenting to us a moment, or several moments, of praise and total adoration and devotion to God.

Immediately my eye travels to the lead radio single, the second track on the album, and the title track. “Evidence” the single, is the follow up to 2019’s “Let The Redeemed”; as Josh lays out the assertion that He trusts and believes in Jesus because of the overwhelming evidence for God. Musically quite simple, and lyrically quite repetitive, on the surface it could seem that this track is unnecessary and skippable. But Josh’s passion for Jesus and zeal for the gospel to be spread to ever part of the world, is indeed infectious here, and is part of the reason why this song impacts, inspires, moves and comforts. As Josh eloquently relays to us that ‘…all throughout my history, Your faithfulness has walked beside me, the winter storms made way for spring, in every season, from where I’m standing…’, we are delivered a testimony of sorts, as we remember that to be a Christian is to know Jesus, and to have an intimate relationship with the One who made us, who formed us from the dust, and who loved us so much that he died in our place as God incarnate, Jesus fully God and fully man. The evidence of Jesus working in our lives may not be evident to a non-Christian who probably already has their mind made up- however the evidence is still there, and I am certain that if we just open our eyes to creation and the wonder of this whole world that we live in, we can truly see the fingerprints of God in all of the handiwork before us.

The rest of the track listing shows us a worship leader confident in his relationship with Jesus and unashamed to let the whole world know about it. Album opener “Into The Wild” is as joyous as it is worshipful as Josh emphatically relays to us that as believers, surrendering to God is only natural to us, and becoming childlike will be a result of this direct obedience to God- the unbridled, unrestrained and somewhat reckless pursuit of the God who loves us immensely and unconditionally. “New Creations”, a personal highlight, is a corporate worship melody that is a grateful prayer of thanks to God, giving him honour and glory, because ‘…we see streams in the desert, rivers in the wasteland, out of the dust, You make us new creations, breathe in our dry bones, empty every grave ’cause out of the dust, You make us new creations…’; while “Beloved”, again a heartfelt prayer, has Josh earnestly thanks God for calling us ‘Your beloved…Your friend’. It’s in songs like these that propel Josh into Paul Baloche territory in terms of worship ability and song writing- in fact everything about Josh reminds me of Paul. And that’s definitely a good thing, as this legend of CCM worship is someone that all worship leaders should aspire to be like.

The declaratory and authoritative mid-tempo ballad and near-flawless tune “Your Voice” delves into the power of God’s voice, and reminds us that it is Jesus’ voice that has power to make even the demons flee; while Josh employs bluegrass artist Molly Skaggs (daughter of Ricky Skaggs) in the laid back, slowed-down, organic yet unexpected cover of Hillsong Young And Free’s smash hit single “Best Friends”- and to be honest, I actually prefer this version over the overproduced EDM original version. Molly’s presence enhances this rendition, and when the harmonica comes in… well can I just say that I’ve become a true fan of Josh’s at this point? By far the most inspiring and impacting song on Evidence is “My King Forever”, an Easter-themed melody which was released to the public on Live At Church EP. As Josh fervently relays to us his earnest and honest sentiments and praises to God, declaring that Jesus deserves all the praise because of his death and resurrection and His love and unending devotion to each of us; it’s evident that “My King Forever”, or at least in my opinion, will be present on many Sunday setlists for many months and years to come. As Josh and fellow Bethel music alum Brian Johnson delivers to us a near masterpiece; Josh deserves praise and congratulations as quite possibly one of my favourite worship songs of the year has been delivered.

“Mighty God” seems to be something that Hillsong would record, as Josh oozes passion here, and creates an anthemic worship melody that should be sung in churches everywhere on Sunday mornings. With Josh sounding somewhat similar to Bear Rinehart from Needtobreathe here; the sentiments of worship that God is a mighty God cannot be denied- and this song is one that we all can and should sing, even in the midst of the trials and chaos. “My Hands Are Open”, a reflective and stirring ballad, is also a prayer to God, whereby Josh asks God to rain down on him, and gives over his entire life in dedication and servitude to the Lord Most High; while “No Limit” seems to be the album’s own downside with the repetitive and somewhat poppy tune reminding us of the fact that there is in fact no limit of the love of Jesus. It’s a song we’ve heard before- the fact that God’s love is endless, boundless, and unending- and even though Josh is passionate here, there unfortunately is something lacking here. Fortunately the album closer “Safe In Your Arms”, which features Kalley on guest vocals, ends Evidence on a positive note- this reverent, reflective and somewhat sombre melody declares that we are safe in arms of Jesus, and declares that God will always love and accept us regardless of everything we’ve done.

Apart from the obvious downside (really, it’s a nitpick!) which is that in my opinion the track list is a couple of tracks too short; we still hear near-flawless masterpieces and no sense of a sophomore slump at all. Josh Baldwin has overall created a thoroughly enjoyable project that just may become better and better with each listen. As Josh has shown us how proficient and how professional he is as a singer and as a worship leader; I am confident that from this album, Josh’s star power and his popularity as an artist able to facilitate the communion between us and God, is sure to rise and rise. With Evidence being one of my favourite EP’s of 2020; there’s nothing much more that I can say about this release. So…have a listen and let me know your thoughts! Well done Josh- I can’t wait to hear what God has in store for you next!

3 songs to listen to: New Creations, Your Voice, My King Forever