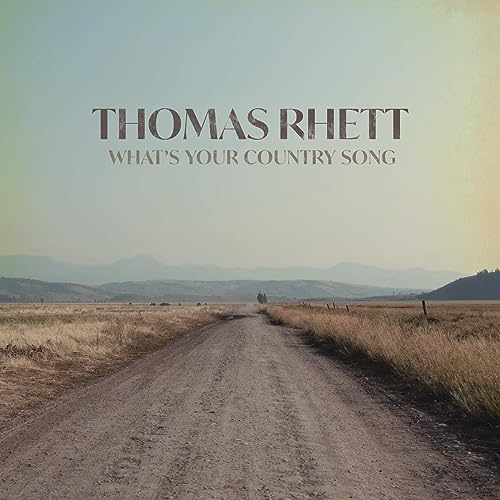 Country music hasn’t always been my go-to music. As far back as I can remember, I had been immerse in CCM- and it was only until last year that I really branched out into listening to other types of music- in essence when I started to blog about up and coming influential artists. Now one of the genres that I have really found to resonate with over the past year and a half is in fact country music (9 of the 32 artists I’ve written about thus far are in fact country artists)… but this next song is such a feat in and of itself, and such a shame to listen to at the same time.

Thomas Rhett is one of the most polarising acts in country music. I blogged about him a while back, and the general consensus amongst the public is still divided. Is he pop? Is he country? Is he a faker and a poser, or is he the real deal? A number of songs that Thomas has released over the years, inclusive of “Die A Happy Man” and “Life Changes”, have resonated with me and have hit my soul on a very deep level- basically because of the deep meaning and the story behind the songs that is so personal to him. Even Thomas’s latest duet with Chris Tomlin “God Who Listens”, and the 5 artist collaboration and inspirational tune “Be A Light” are both hopeful and poignant- and well worth the spins. But the latest effort from Thomas, though objectively smart and inventive, falls flat. “What’s Your Country Song” has no story behind it, sad to say, and doesn’t have me feeling anything at all. I wish that this song would’ve connected with me, but with a track that just lists out famous country songs with no real order and rhyme and reason- and no connection between lines… well that’s just plain lazy writing. Yes the song is catchy, and yes I’m still a Thomas Rhett fan- but if I wanted to hear a song with popular song titles name-dropped; it’d have to have a purpose like Lauren Alaina’s “Ladies’ In The 90’s”. Sorry to say it guys, but “What’s your Country Song” is only fit for background music only. And nothing much else. Let’s just hope that Thomas Rhett’s fifth album isn’t indicative of this feeble effort. So tell me why did the song take 5 songwriters?