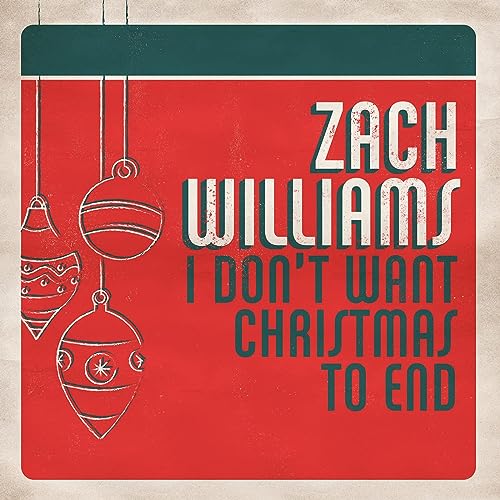 Everyone knows Zach Williams. Or at least they should, with his hit song ‘Chain Breaker’, being what I reckon, one of CCM’s most charted songs on radio for the last 5 years. Zach’s rise in popularity has been surreal, more like from a movie or TV show than anything else. With the release of Chain Breaker both as an EP in September 2016 and as a full length 10 track album in January 2017, alongside a follow-up full-length album Rescue Story that came in 2019; this now-once-in-a-rock-band-now-reformed pastor and Provident Label Group signee has captured our hearts with his southern rock/gospel music atmosphere, in a similar vein to that of Crowder or Third Day. Even if we may not enjoy the southern gospel genre that much, we all have heard of the song “Chain Breaker”, along with his other radio hits like ‘Old Church Choir’, ‘Survivor’, ‘Less Like Me’, ‘There Was Jesus’ and ‘Fear is a Liar’. Zach’s move from being in a mainstream rock band, to pursuing a solo Christian music career after an encounter with God in the early 2010s, has resulted in music that is honest, hopeful, raw and emotive. His first full length album received plenty of acclaim- so much so that in 2017, he released a deluxe edition of the album, complete with a few new tracks. And then in 2018, Zach, still riding the Chain Breaker album wave, unveiled an EP titled Survivor: Live From Harding Prison, full of songs and stories that have been recorded when he was invited to sing a few songs and share his testimony for people inside Harding Prison. While the EP was a tad redundant- as it featured various hits of his over the years sung in a ‘live’ setting in the prison; the collection of 6 songs was enough to garner a Grammy nomination for best CCM album of the year, as the songs were earnest and honest, hopeful, and encouraging, as he relates to and encourages prison inmates through the tracks.

Zach also released his Billboard Music Awards nominated Rescue Story in late 2019, and with singles like ‘Rescue Story’, ‘Less Like Me’, ‘There Was Jesus’ and ‘Walk With Me’, Rescue Story has fast become one of my favourite albums of 2019, with Zach himself becoming one of my favourite new-ish artists over the past 3 – 5 years. Now at the end of 2021, Zach has once again delivered new material. In mid-2021 (July 9th to be exact) Zach released Rescue Story: Deluxe Edition (with his 10 original tracks from the album released 2 years ago, alongside 7 newly recorded songs, inclusive of an acoustic version of his chart-topping radio hit, ‘There Was Jesus’) and featured the standout new songs like ‘Rattle’, ‘Empty Grave’, ‘Good to Know’ and ‘Turn it Over’. I reviewed the album a few months ago, as I continued to appreciate Zach’s very own enthusiastic and passionate voice. Now in mid-December 2021, Zach’s once again delivered a musical selection of songs that’s bound to be a fan-favourite amongst people who love CCM or people who love southern-gospel music, in the upcoming weeks and months to come- I Don’t Want Christmas to End.

I don’t want to pretend to know anything about the jazz/mowtown/folk genre of music, because I don’t. But I know Zach’s music, and these 10 Christmas songs, are all done to the skill and repertoire of someone whose music calibre has catapulted him to the heights of what CCM can give. If you are hesitant about the southern gospel/folk genre in the first place, I can almost guarantee that you may even be open, to checking out more southern gospel music, after checking out Zach’s music, even if only once. That’s how certain I am about his music and its impact on society and music in general. And this new album is full of southern gospel/jazz/folk influences, making this album something unique and different that CCM has to offer this year in terms of Christmas album releases. It’s way different from CCM’s other full-length Christmas album release, Matthew West’s We Need Christmas, and maybe that’s a good thing. There’s a mixture of old and new songs here on this 10-track album, and while the only gripes of the album, would’ve been the number of songs on the album (instead of 10 tracks, maybe 13-15), alongside maybe more original Christmas tracks;
I Don’t Want Christmas to End is such an album that makes me want to explore more music alongside that genre of music…and that is a good thing. Holiday songs ‘Christmas Time is Here’, ‘Merry Christmas Baby’, ‘White Christmas’, ‘This Christmas’ and ‘Run Rudolph Run’ are all given the Zach Williams treatment here on this album; and are all musically different (in all the best ways) from their traditional counterparts that we have all known and loved from years ago. Holiday songs overall evoke a sense of camaraderie and a joy that Christians and non-Christians can share alike, heading into this Christmas season, and maybe, just maybe, the Christmas message and the reason for the season can in fact shine through a holiday track (if God can talk to Balaam through his donkey, then speaking to people about Christmas through a holiday track, isn’t out of the realm of possibility).

Biblically grounded Christmas songs ‘Silent Night’, ‘Go Tell it On the Mountain’ and ‘Mary Did You Know’ are also present here on Zach’s album, and they mostly follow the arrangement that we’ve known these songs to follow…except ‘Mary Did You Know’. With the song only similar in name a lyrics, Zach manages to create an all-new different track- the melodic structure of Zach’s ‘Mary Did You Know’ is totally different, and it is in this difference that I find myself enjoying the song all the more. If Casting Crowns pulled off ‘I Heard The Bells on Christmas Day’, making it their own with a new melody, then I’m sure as time goes by, Zach’s version of ‘Mary Did You Know’ can be equally as impactful, emotive and popular. The album is then rounded out by ‘That Spirit of Christmas’, a cover of a Ray Charles classic that speaks about the spirit of Christmas that seems to have dissipated from society and a longing to travel back to times where the love and joy of family was at the centre and there was less pressure to buy the perfect gift; while the album ender is the lone originally-written Christmas song, title-track ‘I Don’t Want Christmas to End’.

While the song itself speaks about not wanting Christmas to end and how the persona describes that ‘…it’s been a long, long year, wish we could stay right here, let’s wake up tomorrow and do it all again, these moments I love the most, my heart just can’t let go, so I’m holding on, I don’t want Christmas to end…’, I think the song speaks of something much, much deeper. We live in a society where we’re always hopping over to the next thing. We can’t afford to just sit and linger for a little more (both physically and metaphorically), because…well, we all have FOMO, right? We all want to feel as though we’ve connected with ‘the next thing’ because other people have, so when people ‘move on’ from Christmas and onto the next thing, well, then we should do that too, right? It not only applies to all things Christmas but everything else in our lives. We are constantly on social media, making sure that we keep up to date with the people on a Twitter, Facebook, and Instagram time feeds. We feel more ‘connected’ when we do that, but the truth is, we’re constantly worrying about every other thing that we could be missing out on, that we aren’t fully present in what we are doing, right now. ‘I Don’t Want Christmas to End’ is a call of us all to press ‘pause’ a little this holiday season, to not just keep up for the sake of keeping up. To not always be busy, and to just stop, not because you don’t have FOMO (because I firmly believe that we all do, whether we admit to or not), but because this is a time for us to take stock, re-evaluate, and see if the things we’re keeping up with are good for our souls or not. A song that’ll help during this December/January season in how we all approach this topic of busyness; this is my favourite song of the entire album, and one that can definitely help us all during COVID-19, in the upcoming weeks and months ahead.

A must have for anyone who is a fan of Zach and his songs before, or even fans of similar artists like needtobreathe, Rhett Walker Band or the now disbanded Third Day; I Don’t Want Christmas to End is fast becoming my favourite Christmas album of the year thus far (yes, even better than Matthew West’s We Need Christmas). And what I’ve said about Zach’s debut album Chain Breaker in my review previously, I’ll say here, verbatim- ‘…while Zach may not be as popular as any other Christian artist that is popular today, what Zach does have is raw honesty and heart. This album is real, and each track I’m sure will speak to different people on different levels…an album that’ll continuously be on repeat for the next few months, Zach ought to be commended for a fine effort on a project certain to be enjoyed by anyone who loves Christian music, country music or both…’ But what I will say is different now compared to then when I wrote the review in 2017, is that now most certainly Zach is a household name in houses that listen to CCM on a regular basis. He is indeed popular, and his music has reached thousands upon thousands, and quite rightly so. His music has certainly bridged the gap between gospel, CCM and country music, and is a reminder that this niche genre within CCM (Christian country/southern gospel) can still be alive and well, even so long after the departure of a group that I’ve loved so dearly during their career, Third Day. Yes, I firmly believe Zach’s ministry is continuing from where Third Day left off, and Zach’s albums Chain Breaker, Rescue Story and I Don’t Want Christmas to End are a result. A must have for anyone who loves music, period, this powerful set of 10 songs (I know, the album could’ve had a few more on, or even more original tracks) is a journey you don’t want to miss, no matter if you’re a ‘religious’ person or not! Well done Zach for such a powerful unveiling of songs. Here’s hoping and praying that God ministers through these melodies to people in months and even years to come!

5 songs to listen to: Mary, Did You Know?, That Spirit of Christmas, I Don’t Want Christmas to End