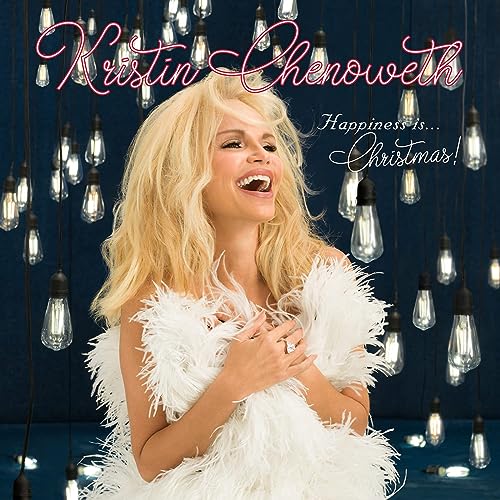 It’s no secret that for some of us, or maybe most of us, 2020 has been the worst year ever. And 2021 has been close behind… for reasons that we all know. So as we come into December 2021 and around about a week before Christmas day, the question needs to be asked- how do we celebrate Christmas when the outlook and landscape of 2022 and beyond looks far from welcome and filled with uncertainty? Because, there is still a chance that 2022 will look like 2020 and 2021. So how can we act all positive and hopeful and jolly and cheerful, when inside- that is the opposite of how we are feeling? Well, I wish I could say that there is a magical remedy for hoping and wishing that things will be better, but a hopeful and positive Christmas album is the next best thing, am I right? A Christmas album to listen to that brings us joy, cheerfulness, optimism and positivity. And while Pentatonix does give us warm and fuzzy feelings ever year or every two years (especially with the pop infused Evergreen!), there is yet another holiday themed album that has wormed its way into my heart and has encouraged and inspired me as I praise Jesus and lean on Him this holiday season. Broadway veteran and Emmy and Tony winning actress and singer Kristin Chenoweth, famous for her stage productions, especially her role as Glinda in Wicked in the early 2000’s; has released her Christmas album HAPPINESS Is…Christmas!; and though I may not know much of her discopgraphy or filmography or theatre credits, there’s still no denying the passion and intensity of these songs and they joy they bring to my soul. Though the album is predominately full of holiday songs and originals and celebrates the holiday and family aspect of Christmas; this batch of 12 holiday tunes are sure to bring a smile to our faces as we navigate the holiday season, no matter our own headspace. And as such, this Christmas album gives us all the feels and the warm fuzzies this Christmas. And a look down the track list, and a listen to these songs at least once, brings us great joy as we hear probably one of the most ‘Christmas-y’ albums this year.

There was a big vine [in my role as a bunny in The Nutcracker when I was young]. And I asked myself, ‘What would a bunny do?’ So, I hopped up there and put the vine in my mouth, and hopped back. And the audience went insane! If I’m in character, I think about that character. Like, what am I trying to say or impart here. [When I was younger], It was me playing Tchaikovsky in my bedroom, putting on a tutu and creating a dance, a ballet. Or me on an old beat-up upright piano making up songs, getting into trouble because I was learning things by wrote and not by reading the music.

This has been a hard time. Those of us who celebrate the holidays or Christmas have felt like they were cancelled the last couple years.

I’m not a cook. Let me repeat, I’m not a cook. But my mom makes a kick-ass pumpkin roll. I remember many years ago, People Magazine—now I’m telling on myself—asked me to tell them a thing I make around the holidays and to cook it for them. I said, ‘You guys have to make it.’ And they said, ‘We’ll help you!’ So, I showed up [for the shoot] and the pumpkin rolls were all done, thank God. But it’s the pumpkin rolls. I just love them!

In a heartbeat, music can change your mood. In a heartbeat, it can create a spark, something you want to write or sing or play. It can make you forget. I just love it. I can’t imagine life without it.

Opening the track list is the medley of “Happiness” and “Christmas Time Is Here”, a mashup between the final number from You’re A Good Man, Charlie Brown and the age-old holiday melody. With Kristin’s powerful and elegant vocals brimming through with joy and celebration, she eloquently describes what happiness is with respect to the Christmas season; and as Kristin sings out that happiness is spending time with your family during the holidays, we are encouraged to reunite with family and friends, to share love and to be kind and nice a bit more. While the ‘Jesus’ aspect fo Christmas isn’t present here, it’s still nice to see that Kristin describes Christmas as a holiday to look outward and be the change that we want to see. “Why Couldn’t It Be Christmas Every Day?”, a cover from Bianca Ryan, is next, and is an upbeat pop melody whereby Kristin longs for Christmas to be everyday- a sentiment because of the positive feelings and the magic of the season associated with the holidays.

The rest of HAPPINESS Is…Christmas! Is filled with inspiration and joy- this is probably I reckon one of the most ‘happy’ Christmas albums I’ve heard in a long time. “Merry Christmas Darling”, a subdued, reflective ballad originally by the Carpenters, has an undertone of joy and happiness, with Kristin singing to her significant other, letting him know that she doesn’t want to celebrate Christmas if it isn’t with him; while the obscure holiday melody “(Everybody’s Waitin’ For) The Man With The Bag” is mashed up “Jingle Bell Rock” in a big band jazz rendition that is extremely catchy and immensely memorable. “The Stories That You Told”, a piano ballad, has me bringing out the Kleenex tissues (metaphorically and maybe literally), as we are introduced to one of the most emotional and maybe personal songs on the project. An original melody, this track is similar in theme to Josh Groban’s “To Where You Are”, and as Kristin sings to a loved one who has passed away (family member or friend) and thanks them for being close to her this Christmas, singing out that ‘…I saw a star up in the sky, a guiding light that shows the way, to all the memories we’ve shared, they let me know you’re by my side, evermore, on Christmas Day, you’re a song that softly lingers, I can hear it when I pray, a refrain that keeps repeating, that will never fade away…’; we are presented with a song that inspires us to cherish the relationships in our lives that we might have neglected- as we do not know how much time on earth we actually have.

“The Little Road To Bethlehem, an obscure ‘carol’, is originally recorded by Aled Jones, and is a vibrant piano ballad eloquently depicting the feelings of Mary during Christmas while she was pregnant with Jesus- a hymn like melody that features Kristin beautifully and passionately on vocals. While the jazz/soul/R&B rendition of “Merry Christmas Baby”, clocking in at 5 minutes and including numerous electric guitar solos and the other-worldly vocals of Keb’ Mo’, is an album highlight and reminds us of the joy and happiness that Christmas should bring to us, particular because of Jesus Christ and His birth, but also because of our interactions between friends and family that we haven’t seen for a long time. “Christmas Lullaby”, a lullaby-type track, originally by Peter Nero and Ann Hampton Callaway, isn’t a track that is well known at all, but Kristin confidently and fervently makes this track her own, delivering a song that could’ve been recorded in the 60’s or 70’s. “We Are Lights” is next, and while the song is a reflective, inspiring piano ballad, Kristin actually covers a Jewish carol However the melody is nonetheless poignant and heart-warming, reminding us of the joy and cheer that can be found in people during the holidays.

“Santa I’ve Got A Bone To Pick With You”, a cheery playful and no-nonsense ‘prayer’ to Santa, telling him that he has gotten the sizes of the presents too small, doesn’t really fit with the style of the album, however Kristin’s passion and enthusiasm makes this track somewhat enjoyable. The penultimate track on HAPPINESS Is…Christmas! is “Have Yourself A Merry Little Christmas”, complete with an additional first verse added, originally sung by Judy Garland. It’s one of my favourite renditions of that carol ever, despite the song being immensely overplayed throughout the history of Christmas songs; while Kristin’s second Christmas album ends with the Regina Spektor cover “My Dear Acquaintance (A Happy New Year)”. A song of thanks and of wishing people well in the coming year, the theme of this track is similar to “Auld Lang Syne”, and Kristin ends this album on the same positive note it began- in an atmosphere of celebration, thankfulness, joy, encouragement and inspiration.

For many, many years, Michael Bublé’s Christmas has been the go-to Christmas album for many of us these past years. But like how last year I declared that Meghan Trainor’s Christmas album would dethrone Michael’s as the most popular in time, so too do I think Kristin’s HAPPINESS Is…Christmas! will be another album that will be much loved and respected in the future. That is my hope, because in my opinion all of these songs are just plain fun, encouraging, hopeful and impacting- why wouldn’t you want to experience fun during a time like this? And though this album doesn’t reference Jesus in the way that I think Christmas albums should, it does make me want to listen to Kristin Chenoweth’s previous albums; and what matters is that we now have a Christmas album for the ages. As we listen to songs like “Why Couldn’t It Be Christmas Every Day?”, “The Stories That You Told”, “Merry Christmas Baby” and “Have A Merry Little Christmas” in particular, and dwell upon why we celebrate Christmas in the first place… if that gets people closer to Jesus, then who am I to say that God can’t move? So well done Kristin for this epically awesome collection of holiday songs, and let us hope that more and more people move away from Michael Buble’s Christmas and into other holiday albums, including this one. He’s had enough time at the top during the holidays don’t you think?

3 songs to listen to: Why Couldn’t It Be Christmas Every Day?, The Stories That You Told, Merry Christmas Baby