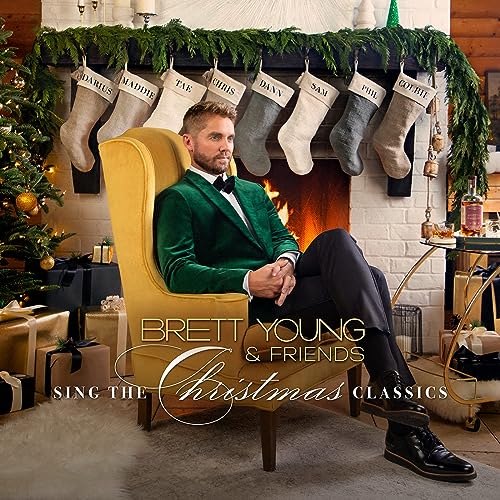 I’ve often wondered over the past little while- what does the kingdom of God look like in the marketplace. Is it massive revival like the Toronto blessing, and tons and tons of people coming to know Christ, or is it the news of well known celebrities (like Justin Bieber, Chance The Rapper and Kanye “Ye” West) seemingly coming to Christ and dedicating a life of service to God, or is it Christian music artists collaborating with artists from the mainstream (like Chris Tomlin with his album Chris Tomlin & Friends)? Or high profile people like Denzel Washington preaching the gospel (as evidenced here and here)? Well… in my opinion, I firmly believe that the kingdom of God on this earth, looks like all of these strange, weird and wonderful things. Jesus is working in the world, and the divide between Christian and secular (music in particular!) is becoming blurrier and blurrier. While some believers may dislike the fact that Christians are hanging out with and collaborating with people who do not agree with them, I for one am thrilled that the gospel is being preached no matter who it is by- yes, even when the gospel is being preached by non-believers. In my own opinion, I say the more the line blurs and the more the gospel is preached outside of the confines of the church… the better.

Which brings me to this Christmas. You have the usual annual or bi-annual Pentatonix Christmas album where carols, holiday songs, originals and obscure melodies are sung acapella quite beautifully, and then you have the worshipful Chris Tomlin album whereby every carol receives an added chorus even if there is no need. And everything else in between. This year we all need probably a bit more inspiration than previous years, what with the Omicron variant raging about… and so, more and more artists are encouraging us and inspiring us through their Christmas music. And this brings me to Brett Young’s Brett Young & Friends Sing the Christmas Classics. An EP full of collaborations with Christian artists and secular artists; one could say this is the Christmas version of Chris Tomlin & Friends. While I myself haven’t heard any song from the discography of country artist Brett Young, it was the collaborations which piqued my interest; and as such, this is an album (or an EP of 8 songs) that I needed to check out. I don’t know if Brett is a Christian, but does this mean that the gospel is being preached through these songs, especially since Chris Tomlin and Phil Wickham are present in a diverse guest vocal list?

I’ve always known that I wanted to make a Christmas album one day, it was just a matter of figuring out how I could do something a little bit different. We tapped into an old school, lo-fi sound with ‘Silver Bells,’ and knew we had the blueprint for a full album. It means the world that so many incredible artists who I respect were open to singing with me on the project… we don’t take the title ‘Brett Young and Friends’ lightly!

Last year in the middle of the pandemic, me and Colbie Caillat got together and we did a cover of that JP Saxe and Julia Michaels song ‘If the World Was Ending’ that we ended up not putting out because I had a new single that was coming out, ‘Lady,’. Darius heard Colbie [on “White Christmas”] and was like, ‘Yeah, of course, I’ll be on that,’ and it just snowballed.

I think for me, Christmas is always about being with family, and whether it’s said that specifically or not in the song, everything about the lyric makes me feel like I’m sitting in the living room with my family. It’s just a right down the middle Christmas holiday song for me and I love it to death.

I just think growing up in the church, Christian and Christmas music has kind of been having a parallel for me in my life. It was really fun to have two of my favorites in the Christian world be on this Christmas record. Phil was the little brother of a guy I went to high school with. Phil’s parents [led] worship at the church where I went to, so I knew Phil when he was like the annoying little brother. When I knew I wanted to do ‘Silent Night,’ I knew I wanted Chris.

I’m not ever going to be the dad that doesn’t embrace the Santa Claus thing and all of the fun that comes for young kids that get to believe in Santa Claus coming down the chimney, but the message of Christ will always be the center of Christmas for us. Even if I wasn’t doing that properly, my dad would make sure that was a part of our holiday season.

It is the faith that brought me up and it’s something that’s very important to me. I am very blessed to still have my parents and Taylor’s [my wife’s] parents around to instill those traditions and the message of Christ every Christmas.

One could admonish me or berate me for reviewing an album from a ‘secular’ artist collaborating with Christian artists (given that Chris Tomlin is on a track next to a song with Colbie Caillat)- in the same way that others could question why I reviewed Chris Tomlin & Friends and actually enjoyed the album. However, Christmas isn’t the time for being petty and nitpicking… so why don’t we forget about the artists and instead listen to the songs? Album opener “Silver Bells” is a holiday song about… you guessed it: silver bells. It’s an obscure holiday song; but Brett, singing on the only track with no guest vocal, delivers a moving, powerful melody, and a pleasant melody about the holiday season and the atmosphere of Christmas. “White Christmas” follows, and Colbie Caillat shines vocally here, and the harmonies on this holiday classic are quite legendary. I don’t know if it was deliberate- Brett choosing singers that sound better than him; but I reckon that this ploy brings the focus back to the lyrics and also back to the true reason for the season- and that is Jesus. “The Christmas Song” with Phil Wickham is sublime, and is an album highlight, as the trend for having guest vocals better at vocals, continues; while “The Chipmunk Song” with guitarist Dann Huff, is solid, but not that spectacular. It definitely is the low point of the project.

“Silent Night”, a melody that has been covered probably too many times by many, many artists, is present here with Chris Tomlin, and is a moving, inspiring worshipful track that showcases Brett and Chris’s powerful and compelling vocals; with the duo singing vividly and explicitly about Jesus’ birth. “Let It Snow! Let It Snow! Let It Snow!” with country duo Maddie & Tae, is surprisingly one of the most subdued and reflective versions of the track I’ve heard, but in my opinion works because of the enthusiasm and power of Maddie & Tae; while Darius Rucker delivers his everyman and professional vocals to “Rockin’ Around The Christmas Tree”- again a reflective ballad which seems to be musically weird, but still not bad- just different. Brett Young & Friends Sing the Christmas Classics then ends with the orchestral and anthemic “Have Yourself A Merry Little Christmas”. It’s probably the best song on the album, and with the track being about family, what better way to end a solid album that points people to Jesus?

Brett Young & Friends Sing the Christmas Classics does not sway me to check out Brett Young’s solo music prior to this album. There’s no original Christmas melody present here, yet it’s a strong and durable album that will no doubt bring a smile to my face every time I listen, and will help dispel the haters, by proving that God can be praised by anyone and in any circumstance. However, this Christmas project doesn’t reinvent the wheel, and had the guest vocalists not been part of this release, I wouldn’t have thought twice to avoid it. Brett as a vocalist is quite bland, and if this album (or EP!) isn’t your thing, then that’s fine by me. But check it out nonetheless. Jesus and His birth are being sung about. So, isn’t that a good thing? For fans of Christmas music, this may be pleasing to you. But for others wanting more….pizzazz, then Christmas albums from Pentatonix will interest you more!

3 songs to listen to: White Christmas, The Christmas Song, Have Yourself A Merry Little Christmas