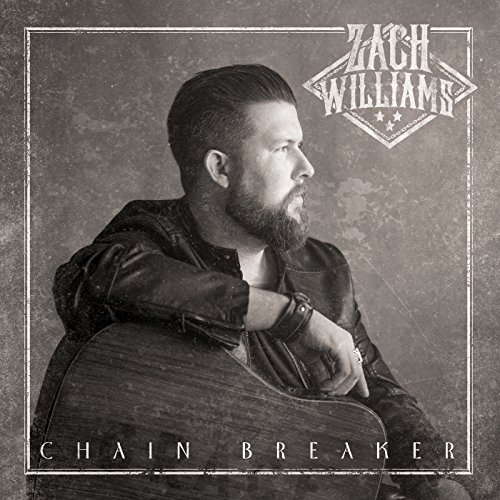 If you would have to pick one new artist who made the most impact throughout 2016, you’d have to pick Zach Williams. Sure there are others like Urban Rescue, Hillary Scott (granted, she is not new, but rather a country artist and 1/3rd of Lady Antebellum who has branched out and released a solo country/hymns project), We are Messengers, Zealand Worship, Dan Bremnes, Hollyn, Hannah Kerr and Jordan Feliz to name a few; but Zach’s rise in popularity has been surreal, more like from a movie or TV show than anything else. With the release of his radio single “Chain Breaker” in April 2016, this now-once-in-a-rock-band-now-reformed pastor and Provident Label Group signee has captured our hearts with his southern rock/gospel music atmosphere, in a similar vein to that of Crowder or Third Day. Even if we may not enjoy the southern gospel genre that much, we all have heard of “Chain Breaker”. And with Zach’s release of Chain Breaker EP in September 2016 being what I reckon is one of the surprise projects of any artist in 2016, Zach’s move from being in a mainstream rock band, to pursuing a solo Christian music career after an encounter with God not too long ago, has resulted in music that is honest, hopeful, raw and emotive. His EP has received plenty of acclaim, and with the surprise release of his full length album on December 16th (digitally) and January 27th (physical), this is a must-have for anyone who enjoys Christian Country music, and a certain to be on my iTunes playlist for a while yet.

In essence, this 10 song project is grouped into two- 5 songs that were previously on his 5 song EP (Chain Breaker, Old Church Choir, Revival, Song of Deliverance, To The Table) that released in September 2016, as well as 5 new tracks. In fact, these 5 aforementioned tracks are some of the 10 track album highlights, while “Chain Breaker” is by far one of my favourite songs that released in 2016. The song, that debuted in May 2016, took off pretty well and is now widely praised and critically acclaimed for its power and emotion as the track gives us a reminder of the power that Christ has over the chains we often wear in our day to day lives. A song that features a gospel choir and Zach’s distinct southern-style voice a la Rhett Walker or Bear Rinehart; we are met with a heartfelt moment as Zach encourages us to surrender to the chain breaker, the One who can make us whole and mend all our hurts and hang-ups. With the song being of special significance to Zach, this 3:17 song is as poignant as it is catchy, despite how ‘short’ it is. As said by Zach himself; the song is a reminder of who God is, and is a melody whose goal is to ‘…reach people who had been struggling…it speaks to believers as much as it does to non-believers because we all get to places in our lives where we get lukewarm, and we just kind of forget what God’s done in our life. The song is very much the truths of who Jesus is…’

“Old Church Choir”, another track that features a gospel choir, is very much gospel-tinged, as Zach places on this Kirk Franklin meets Third Day hat to deliver a song that’s a tad under 3 minutes, yet solid in a worship-country way, driven by acoustic guitars and hand claps. The song encourages us to hold onto the fact that if we are in Christ Jesus, there is nothing that can steal away our joy we have found through what He has done for us. “To the Table”, “Revival” and “Song of Deliverance” are the other representatives on the album that were previously on the EP, “To The Table” being presented as an acoustic and string filled melody, that reminds us all that we are all welcome at the table of the Lord, that whatever we have, be it hurt, hope, triumph or trials, we can all lay it down on the table without condemnation or judgement; while “Revival” offers a personal touch, as Zach delivers what could seem like an autobiographical account of how God grabbed a hold of Zach’s heart and showed him what it means to be overcome by revival (and what it looks like for God to start a revival in our hearts for Himself). “Song of Deliverance”, the last track to feature on both the EP and the album, shows us all what it looks like to be the most unique and out-of-the-box track on the album, sort of like if “Chains” by Crowder and “Highway” by August Rain had a mashup, and the two songs meshed together to form a new one. “Song of Deliverance” is an encouragement to all, as Zach powerfully declares that I will ‘…sing a song of deliverance, I will lift my hands and drop these chains, walk out free in Jesus’ name…’ Well done to Zach for these three songs, alongside “Old Church Choir” and “Chain Breaker”. But…if you have indeed heard (or even purchased) the EP that dropped last year, the fact that 5 out of the 10 songs on the album were from the EP unfortunately doesn’t bode that well for Zach, no matter how passionate and powerful these 5 tracks were (and still are) from the EP. Maybe it would’ve been beneficial for Zach to have less songs from the EP and more original tracks. Nevertheless, Chain Breaker the album would be more beneficial for the listener if they had not heard the EP prior to the full length album release date! Still, these 5 songs are still good, and still remain so, as Zach continues to propel into one of my favourite new artists of 2016/2017, alongside others like Tauren Wells, Micah Tyler, Jimi Cravity and Urban Rescue!

In an album of 10 tracks, Zach has shown us familiarity as well as songs that are new but are immediately catchy, as the 5 remaining tracks are somewhat more impacting and heartfelt as the song from his EP, making his debut album as a whole; one of the most emotive and poignant I’ve heard from any debut artist since Stars Go Dim’s debut album in 2015. Zach brings to the fore a heavy bass line as he channels both Rhett Walker and Crowder in “My Liberty”, a song complete with feet stomping and a strong percussion beat, as we hear a track that invites us all to declare boldly that Christ is our liberty, the One who has broken our chains as we’re reminded that ‘…there’s revival stirring in my heart, since your love unlocked these prison bars, I’m a slave no longer to the dark, forever changed, forever yours…’ While only a tad over three minutes, the message behind the track is so paramount and pivotal- one that is needed to be heard by this generation, even now more than ever before. A highlight on Chain Breaker, “My Liberty” segues into new tracks like “Fear is a Liar”, a four minute lightly acoustic guitar driven melody that delivers a hard-hitting message that the fear we’re feeling, that we’re not good enough, or strong enough, or even a good enough Christian, the fear we’re feeling because of such things, is just a lie that the enemy wants to implant in our heads. Confronting as well as sobering, to know that what we’re feeling is just a product of who is telling us (whether it is God or the devil); Zach continues to present messages that are life-changing, from the CCM-esque “Everything Changed”, an autobiographical account of Zach’s transformation from rocker to worship leader, from a man without faith to a man in love with Jesus; to the album ender “So Good to Me”, a hymn-like melody that reminds me of other songs with hymn status- from “10,000 Reasons” to “In Christ Alone”.

“So Good to Me” is a song of thanksgiving, one that is timely as we give thanks for all the times in our lives that God has been good to us. But it is track #3, “Survivor”, that is the track to listen to if you only listen to one song from the album- even more so than “Chain Breaker”, the title track. “Survivor” is destined to be a radio single, it’s only a matter of time. And perhaps, with it being potentially a single in the future, it could have more reach and impact than the title track. “Survivor” is a song about redemption, being pulled from the depths of the pits, and honouring the One who undertook such a feat. Christ is indeed the One who makes survivors out of us, and this track, without giving away too much, is one where Zach himself states foremost that ‘…You’re my God, You’re my fighter, You make me a survivor…’, words that place things in perspective- that God fights our battles, and we may not even have to do a thing. Which is good, as we’re free from expectation, and free from trying to survive by ourselves. “Survivor” is for anyone who wants to survive (all of us) and is a testament, that if we call ourselves by definition a survivor of whatever hardship we have travelled through, we can simultaneously declare that God has helped us through, whether we have acknowledged Him during that circumstance or otherwise!

‘…I did the whole rock star thing for so long and I felt like I was always faking it, and now I really just want to be real with people. Please don’t wait another minute, make the decision today to follow Christ. I wished I would’ve done it 20 years ago. I wished I would’ve never gotten into drugs and alcohol and all that came with it. If you don’t know what you’re doing with your life then find a quiet place, fall down on your hands and knees, and ask God to come in and save your life. Surrender everything to Him. Jesus came and died on the cross so there would be a way for the chains of those struggles and addictions to be broken. If you have pain, He’s a pain taker, if you’re lost, He is the way maker, and if you’ve got chains, He’s the chain breaker. The first step is allowing Him to come in so He can set you free…’ Zach Williams’ first full-length effort under Provident Label Group as a Christian artist is nothing short of unique, powerful and impacting as this album becomes one of the most enjoyable and heartfelt I have heard ever since Tenth Avenue North’s Followers way back in October last year. While Zach may not be as popular as any other Christian artist that is popular today, what Zach does have is raw honesty and heart. This album is real, and each track I’m sure will speak to different people on different levels. And to say that “Chain Breaker” never made it on my list of three songs from the album that are must-listens, it says the calibre of Zach and his music. An album that’ll continuously be on repeat for the next few months, Zach ought to be commended for a fine effort on a project certain to be enjoyed by anyone who loves Christian music, country music or both!

3 songs to listen to: Song of Deliverance, Survivor, So Good To Me