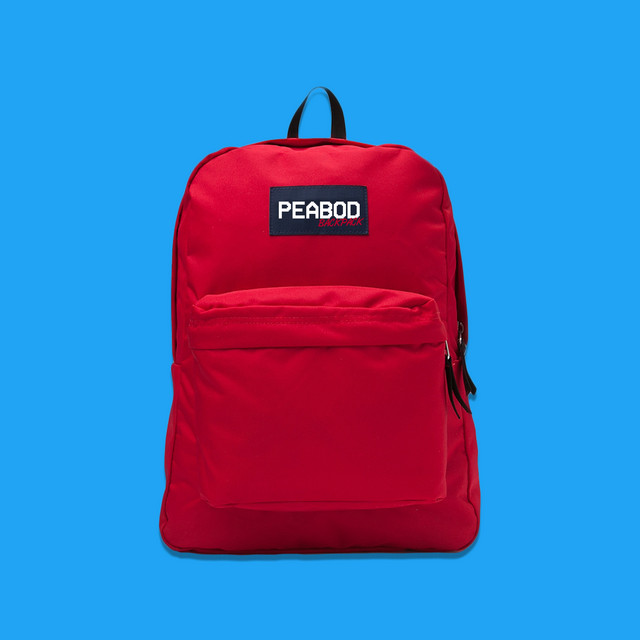 In February this year I took a major risk- I face my ‘fear’ of rap music, and reviewed an entire album of the unique genre. Jonah by KJ-52 doesn’t really count when I reviewed that project back in 2017, as at the time, KJ was ‘singing’ or at least trying to, on a few tracks, so it wasn’t ‘pure rap’ if you know what I mean. So as I was listening to and reviewing rapper Peabod’s debut album Healthy Snacks– I gave the record an unexpected high review, and hence I went off and check out both of Isaac’s new singles “Anti-Social” and “Left Out” as well. I concluded that these songs were crazy awesome and that Isaac is a pretty ingenious songwriter (don’t believe me? Check out both of the reviews I wrote about Peabod here and here!); and that Isaac is one of the best rappers in my opinion of this generation (and maybe destined to become the next KJ-52!). I reckon that he’s sure to release a new album this year, but if you can’t wait until whenever it releases, then never fear, cause PEABOD has a brand new EP today- titled Backpack EP

Featuring “Antisocial” and “Left Out”, plus recent singles such as “Side Hustle” (which I also reviewed) and the title track “Hoodie” (a pop tune through and through, about the love for his girlfriend spurring him onto wear her favourite hoodie all the time!); we are also treated to a new track in “Backpack”, featuring the guest vocals of Marty from Social Club Misfits. As Isaac and Marty trade vocals and sing about their love of the simple life and that everything they want and love and metaphorically ‘fit inside their backpack’; we are met with five summer jams (and more if Isaac wants to expand his EP into another album!) that are catchy yet also have a meaningful message attached (although you could call them winter jams – no pun intended – if you live in the southern hemisphere like myself!). These type of songs of happy pop/rap that provide something deep to dwell upon, are rare these days- but thankfully Peabod has brought together thought-provoking with cheerful and bouncy; and creating something extraordinary- something unique that we must listen to!

So…after listening to Healthy Snacks, and Backpack EP; do you reckon PEABOD has encouraged me to listen heavily to rap and review all of the other Christian rap albums this year? Nope…just Isaac’s music and ‘happy rap’ like Hollyn and Steven Malcolm (although a review of NF’s The Search is coming soon, because…well The Search is awesome, that’s why!). But the inescapable truth that PEABOD will be big this coming year or two still remains. So what are we all waiting for? Let’s dive in and be antisocial together so that we’re not left out together, while we do some side hustling on the side while wearing our favourite hoodie and carrying our favourite backpack. Well who are we kidding? We’ll probably just sit at home eating some healthy snacks too! Broccoli flavoured shepherd pie anyone?

3 songs to listen to: Side Hustle, Left Out, Backpack