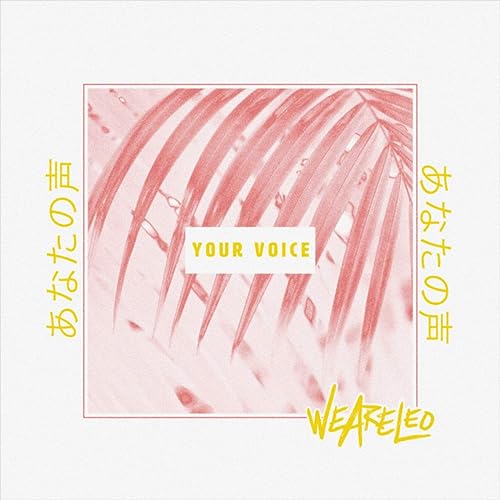 We Are Leo– Your Voice (Single) (Amazon mp3/iTunes)

Way back in 2012, Hawk Nelson, who was predominately a pop/punk band, drastically changed their music style, when Jason Dunn left the band and Jonathan Steingard took over as lead vocals. Though it took a while for me to get used to the group’s ‘new style’, while on the contrary it also took less to no time for me to enjoy this new music direction (as I am in fact a CCM lover through and through!); I did at times miss the pop/punk. Well…you know the saying ‘when one door closes, another door opens’? this saying is literally the case with pop/punk band We Are Leo filling the void of the old Hawk Nelson quite nicely. So let me just say that if you missed the signature sounds of the Hawk Nelson of old, then We Are Leo and their music (albums such as Fightback Soundtrack and The Rush And The Roar) is the closest that we as listeners are going to experience that is similar to what Jason Dunn made popular.

Now the band are gearing up to unveil their brand new single “Your Voice”, have a guess as to what we are treated to? Yep, if you guessed ‘more like the Hawk Nelson of old’ then you’d be right! With a strong faith in Jesus embedded throughout, electronic, danceable beats, and inspiring lyrics as well, the four friends are well on their way to being extremely popular and well respected in the future. Though “Your Voice” has some incredibly cliché and cheesy lyrics, there’s no denying the group’s heart for Jesus and sharing the gospel, making this song enjoyable if not groundbreaking, but necessary in the CCM industry nonetheless. As lead singer David Duffield earnestly and powerfully relays to us that we wants to listen to God’s voice, and wants the other distractions to be drowned out by God and only God; we are presented with a musically busy song as kind of an ironic juxtaposition- it’s a track that is so out of the norm that we’re sitting up and listening to the lyrics, which is about a topic that’s counter to the music. Sheer brilliance, don’t you reckon?

So, there you have it. A summary of We Are Leo’s latest single “Your Voice” on Dream Label Group. But did the song live up to my expectations? Well considering that I hadn’t heard of the song prior to it releasing, I reckon that this song is one of the most underrated tracks this year. “Your Voice” is definitely recorded quite well, and is a joy to hear these young men of God create meaningful pop/rock and dance music, that can transcend any belief system. The fact that Jesus’ name isn’t used once in the song, is probably a strategy if by any chance the band crosses over into mainstream music, however apart from that fact, it’s evident that these guys have immense passion in and love for Jesus. Hopefully a new album will release soon, and until then, “Your Voice” is a song that isn’t to be missed, if you love artists like Owl City and Hawk Nelson! Well done We Are Leo, I look forward to your next album of pop/rock and dance genius!