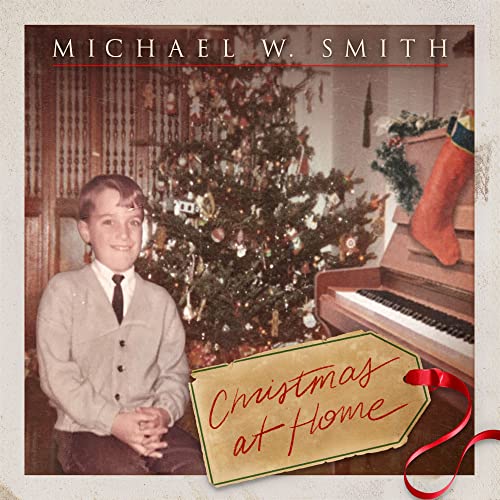 Michael W. Smith is a CCM legend. Synonymous with CCM pop and worship music in the 80’s, 90’s, 2000’s and the 2010’s; Michael has created and delivered to us one of the most popular, respected and impacting careers from the 80’s onwards, of any Christian musician. With virtually only Amy Grant and Steven Curtis Chapman – his contemporaries – active as a solo artist at this very moment, Michael has delivered with him throughout the years- a legacy that any other musician should be extremely envious and proud of. With millions of his songs touching hearts and lives all around the world, inclusive of his singles “Friends”, “This Is Your Time”, “Live The Life”, “Missing Person”, “Healing Rain”, “You Won’t Let Go”, “Above All” and the recent hit “Waymaker”; it seems like Michael has accomplished all that he has wanted to and needed to. And we as a site have certainly felt Michael’s impact and influence- you can read our blog about Michael here. Michael re-recorded his 2001 album Worship last year, and released the project as Worship Forever, while he has since unveiled his new singles “Sing Again” and the instrumental track “Cry For Hope”. We’ve also reviewed Michael’s song for Father’s Day- “Dusty Road”. But now here is the time for Smitty to unveil something new. And… what better way in the spirit of Christmas than to release a Christmas project? His first since 2014’s The Spirit Of Christmas, Christmas At Home was independently released this year with no buzz and no promotion- but these songs still have power, gravitas, impact and weight.

Well, I have something to share… And some music that might be soothing and comforting in these troubling times. I’ve kept quiet about this… For many reasons, which I will explain hopefully tomorrow. But I’ve been making some music, and you know some of my favorite music to make is… Christmas music. So we have something special coming your way… October 21. I cannot wait for you to hear. And let me tell you this, it is a family affair on just about every level. You’ll be pleasantly surprised. It was such a joy to make.

In every sense of the word, Christmas Is Here is a family affair, with Michael involving almost every child and grandchild in the process of creating this moving, powerful and exquisite EP. Though every song in this collection is an original track, that doesn’t mean that you won’t be blessed- rather, Michael has created many future holiday staples- and this EP is a must listen as I feel that original Christmas songs hold much more importance than the usual covers which are more or less covered in the same way. “The Night Before”, a 40 second piano piece, sets the scene in typical MWS instrumental fashion, while the melody “Christmas Is Here”, is written by Smith and daughter Anna Bovi- with the emotive and personal lyrics being incredibly nostalgic and sentimental (with all of us being transported back to our childhoods to relive our best Christmases!). With Michael also employing a chorus of all of his grandchildren, as well as his son Tyler to undertake the entire orchestral arrangement, “Christmas Is Here”, which is also included as a radio version at the end of the tracklist, is well and truly the heartbeat of the EP as we celebrate the reason for the season.

“Freeze The Frame”, the track that essentially started off this entire EP, is a melody where Michael beautifully paints realistic (and maybe idealistic) pictures of family moments around the holidays- where everyone is gathered around (even extended family), to cherish the present moments of joy and celebration of Jesus’ birth and of the love the family has for each other. With this song also holding great weight to Michael’s family as well as potentially our own, “Freeze The Frame” encourages us to live in the here and now and to not take the relationships we have right now for granted. “God With God”, a hymn like worshipful melody, is just utterly divine, and is a moving and prayerful song about praising God for who He is (and I guess any song with a choir of 200+ people is a great song!), while the EP ends with two instrumentals- “The Star” and “Christmas At Wildwood”- two melodies that remind me of the power of Michael’s instrumentation- the same presence that has me still loving Freedom and Glory, even after all of these years!

If you are a fan of Michael W. Smith’s music period, then Christmas At Home should definitely resonate with you. Also, those who want a bit of creativity from Michael and see him harken back to the days of Wonder, Healing Rain, I’ll Lead You Home or even Live the Life, may find something worthwhile and poignant here. You may not love this EP though if you love the well known carols of which there are none. But in any case, Christmas At Home reminds me that Michael still impacts a generation even now with his music. Michael’s passion to lead people into a moment of worship and into communion with Jesus, need not be denied, but his ability to be a storyteller and invoke real emotion, is one of the best in the industry today. So as we sit back and listen to Michael’s latest collection of original Christmas songs, let us also anticipate what is next in Michael’s career. For anyone who loves traditional sounding Christmas melodies; then that album will definitely be for you. Well done, Michael, I can’t wait to hear what God has in store for your next!

3 songs to listen to: Christmas Is Here, Freeze The Frame, God With God