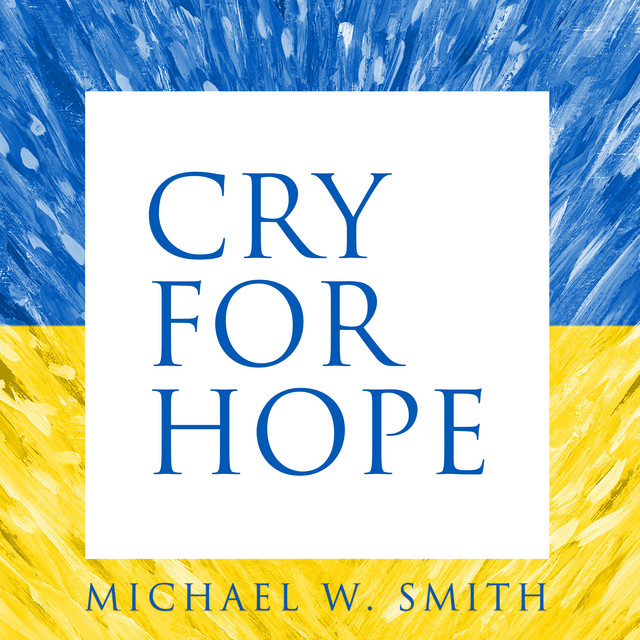 Michael W. Smith needs no introduction. Actually, he does need an introduction. My blog about him that I wrote in February 2019, linked here. And so now that we’re all across all things Michael and his music…he is definitely a legend, a living one at that. Michael, Amy Grant and Steven Curtis Chapman, have all three impacted and influenced CCM from the 1980s till now, and all three in their own way, shape and form, are still active in the music industry, even now. So it is comforting to know that in such an unpredictable and unnerving time of 2020 and 2021 with COVID-19, Michael continues to create music, even if live shows aren’t as frequent and prevalent within the last couple of years. Nevertheless, Michael unveiled to us Still Vol. 1 in late 2020, and while the concept and heart of the album was in the spot, the execution of it, left much to be desired (according to my own opinion). I reviewed the album (seen here), and while I didn’t fully connect with each of the 10 tracks on it, I was reminded of how other people could be impacted by this from the get-go. Nevertheless, I rated Still Vol. 1 pretty low, and thereby encouraged us all to check out Freedom and Glory again- before listening to Still Vol. 1 if people could. In September 2021 Michael released another project- a like-for-like 2021 re-recording of Michael’s iconic 2001 album Worship, titled Worship Forever– this time it’s delivered with guest vocalists Matt Redman (guesting on ‘The Heart of Worship’), Tauren Wells (on the underrated ‘More Love More Power’) and Amy Grant (duetting with Michael on the ever-powerful ‘Agnus Dei’). If you’re an avid fan of the 2001 Worship, then this album would’ve been a blast for anyone who heard it. Earlier on in 2022, Michael released a duet version of ‘Sing Again’, a song that was originally from Worship Forever but re-recorded this time with an orchestra in a duet with Italian opera singer, Jonathan Cilia Faro. While it was probably a first for a CCM artist to collaborate with an opera singer, ‘Sing Again’ actually worked, with both Michael and Jonathan articulating quite nicely, the message of us coming alive after the darkness, singing again after rising from the ashes after the darkest night. Now a few months on from this standout 2022 single, Michael once again reminds us of his versatility, delivering his first instrumental piece since the songs from Freedom & Glory– ‘Cry For Hope’.

Let’s not sugarcoat this any more than it needs to be- this song was for the benefit of the Ukranian people in their own fight currently against the Russian forces. All of the proceeds of this song went to Ukraine (at least I think it did), while the instrumental song itself showcased not only Michael’s insane musical skill, but also evoked feelings of encouragement, hope and lament, as ‘Cry For Hope’ is an instrumental ‘cry’, one that Michael delivered out of a sense of desperation and loss- because no matter which side you take on this issue, one thing remains clear- war is not good, and lives unfortunately have been lost for nothing. Whether we agree with Putin or Zelenskyy is immaterial now. What does matter however, is that this instrumental song impacts the people the Lord wants. And this song challenges us, without words, to stand by the innocent and to protect the vulnerable. Because that’s just who we are. We are Christians who take care of those who need our help, but we ought to show it too. Michael’s instrumental track is something different compared to what he’s done recently, but considering the success of Glory and Freedom, is very much Michael. It’s a song that we know can only be attributed to him, and a track that, much like his previous 2 instrumental albums, evokes a sense of grit, determination, and a call to action. And if a song can allow us to undertake things, because it’s the right thing to do, then artists have done their jobs. Well done Michael for such a powerful instrumental track. Maybe another instrumental album in the works?