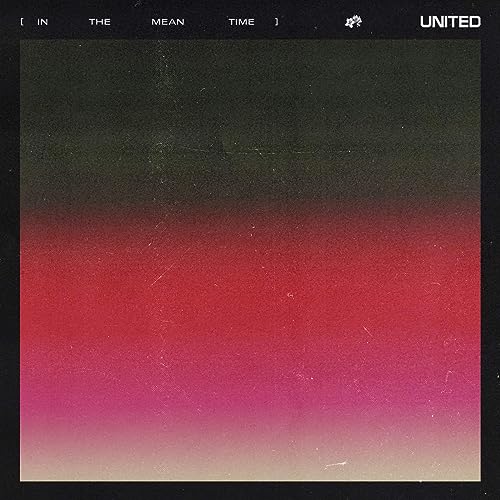 Hillsong UNITED, well actually Hillsong in all of its 3 facets (Worship, UNITED, Young & Free), need no introduction. If you haven’t heard of them, then you better stop reading this right now, and then check out their disography pronto! You can check out their discographies here, here and here– and you can read about all of our posts on Hillsong Worship, UNITED, and Young and Free in the links here, here and here, and when you’ve finished, you can then read my brother Jon’s Momentous Mondays post about all things Hillsong here! Then, and only then, maybe can gain a bit more perspective and knowledge of the worship movement that’s been around for decades!

Whether you believe in Jesus Christ or not, chances are that you would have definitely heard about this previously small Australian church group now turned global megachurch worship movement, spanning 3 incarnations (Worship, UNITED and Young & Free) and counting, plenty of inspiring singles, no 1 top hits on both Christian and mainstream charts and a plethora of studio and live albums. If you don’t know the name of the group, I am sure some songs will be familiar. With the UNITED branch of the worship ministry originating in 1998, we have been blessed to hear so far 11 live albums (inclusive of the recent People) and 5 studio albums (All Of The Above, Aftermath, ZION, Empires and Wonder). With Hillsong being one of the most popular, respected, prolific and inventive worship movements of all time; their music has touched the lives of many locally and globally. Since its inception, this young worship team have carried on the church’s mission and vision to lift the name of Jesus above all others.

In one of my earlier UNITED reviews – this one about “So Will I” and their EP featuring many different versions of that particular track; I mentioned that there was probably no other far reaching song than “Oceans”. I also went on to say that the song was so popular that an EP was recorded in 2013 (and reviewed by Jon as well!)- yet if you revisited UNITED now, you’d have to say that “So Will I” has reached that status of being a ‘cult classic song’ alongside “Oceans”- the track essentially being about how creation worships God in many different ways and in vastly different circumstances, and so we should worship God as well. In May this past year, I also reviewed UNITED’s latest EP Another In The Fire, and we were glimpsed into the next ‘big hit’ from the Aussie movement. “Another In the Fire” wasn’t a single, nor an engaging track when I first listened to People a year and a half ago. In fact, and I quote from my People review verbatim- I mentioned that “Another In The Fire” combines fire imagery with strong biblical truth to create a powerful and hopeful worshipful melody, where we can declare that God is always with us, like how He was in the fire with Shadrach, Meeshach and Abendego, and just like He was in the waters when He helped Moses part the Red Sea. The use of past, present and future tense in all three choruses (there was another in the fire, there is another in the fire, there’ll be another in the fire) reminding us that Jesus is the same yesterday, today and forever; is a nice touch too. Yet I never knew the impact the song has had on us all until I had watched the music video of the track- re-recorded with Taya Gaukrodger’s vocals- and then I just sat there, overwhelmed with emotion and devotion to God. As the result of this re-recorded track was me realising the genius of the original track, and a sublime and transcendent track that altered my perception of trust in God as much as it probably has with ever other person on this planet. See right now we’re all still stuck at home due to COVID-19, that nasty virus that won’t go away. But as the song mentions, there is another beside us and before us and behind us- and that someone is Jesus. We do not know the future not the outcome of this disease. But we know the God who does know everything. We know the God who is outside time. Hence we can trust Him fully and hence we can firmly place out faith in the unknown. “Another In The Fire” may not have been relevant before, but as this EP Another In The Fire has released, it sure is relevant now! Yet now this past couple of weeks, Hillsong UNITED have dropped their latest EP (in the meantime); a set of 4 songs that will undoubtedly tie us over until the worst of COVID-19 is over (whenever that may be!). Including hit songs “Another In The Fire” and “So Will I”, as well as “Fire Fall Down” (a lesser known song) and a reworking of the hymn “Holy, Holy, Holy”; we are glimpsed into a worship movement that has inspired, influenced and healed many, regardless of your own stance on the church. And while (in the meantime) will not satisfy Hillsong enthusiasts, as it’s too short and doesn’t contain any ‘new’ tracks; what this EP does for me, is that it reminds me not to worry, reminds me that God is sovereign, and reminds me to put my faith and trust in Him.

It is not known when UNITED will record another studio album but until we are graced new music from Taya, Joel, Matt, Jad, JD and others (which could be a while yet!), let us jam to (in the meantime), and be ministered by some of the most inspiring worship songs I’ve heard for a while! Maybe in time “Another In The Fire” will be one of the most recognisable songs ever from Hillsong UNITED, aside from “Oceans” and “So Will I”? I’d suggest getting on the bandwagon of “Another In the Fire” very soon, also because Building 429 have covered this song also- so what better way than to listen to (in the meantime) EP as well as Another In The Fire EP? It is going to take off in a big way, either sometime soon this year or early next year! Well done to Taya, Jad, Joel, JD and Matt, People, (in the meantime) and “Another In the Fire” (all 5 versions!) are due for many more spins and rotations in my iTunes playlist!

3 songs to listen to: Another In The Fire, So Will I, Fire Fall Down