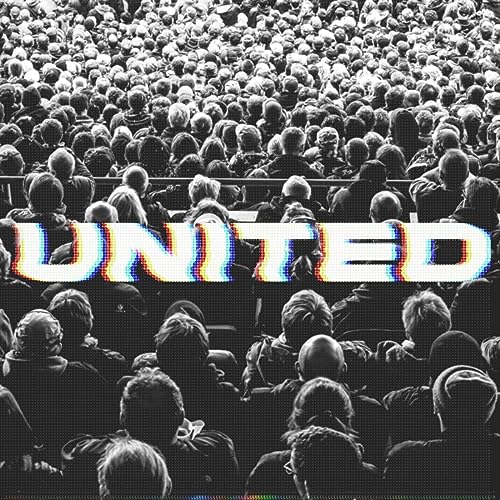 Hillsong UNITED (well actually Hillsong in all of its 3 facets- Worship, UNITED, Young & Free), need no introduction. If you haven’t heard of them, then…where exactly have you been living all your life?! No, not really, I’m just joking- but in all seriousness you do need to check out their discographies on Wikipedia (at your own pace!) here, here and here– and you can read about all of our posts on Hillsong Worship, UNITED, and Young and Free in the links here, here and here, and when you’ve finished, you maybe can gain all the knowledge of the worship movement that’s been around for literally decades! Maybe you can gain the answer to the entire universe and the meaning of life which is 42! Just joking! But, yeah Hillsong in all its incarnations, are one of the most influential Christian worship movements ever. Whether you believe in Jesus Christ or not, chances are that you definitely would have heard about this previously small Australian church group now turned global megachurch worship movement, spanning 3 incarnations (Worship, UNITED and Young & Free) and counting, plenty of inspiring singles, no 1 top hits on both Christian and mainstream charts and a plethora of studio and live albums. If you don’t know the name of the group, I am sure some songs will be familiar.

With the UNITED branch of the worship ministry originating in 1998, we have been blessed to hear so far 11 live albums and 5 studio albums (All Of The Above, Aftermath, ZION, Empires and Wonder). With Hillsong being one of the most popular, respected, prolific and inventive worship movements of all time; their music has touched the lives of many locally and globally. And since its inception, this young worship team have carried on the church’s mission and vision to lift the name of Jesus above all others. In 2017 the band unveiled Wonder, a surprise album spawning the hits “Wonder”, “So Will I (100 Billion X)” and “Not Today” amongst others (surprise in the respect that I only was aware of its release and actual recording probably around 2 weeks prior, tops!). So now that it’s 2019, Hillsong UNITED’s new live project People has finally released. Does the 12 track 73 minute worship live up to the hype and expectations? Is it as ambitious and inspiring as the near-flawless Wonder?

With an average length of around 6 minutes per track, these songs on People are typical Hillsong UNITED at its best. Slow-starting ballads, followed by big, swooping, epic choruses culminating in an anthemic final finish. “Good Grace” follows this trend, as lead singer Joel Houston ardently relays to us that Jesus is madly in love with each of us, and that even if we think we’re unlovable or unsavable based on what we have done; because God is good, this isn’t the case. We aren’t deserving nor worthy of love and forgiveness, but God lavishes His love on us anyway- and that’s pretty cool and surreal. As we are reminded and encouraged in the impressive chorus to ‘…don’t let your heart be troubled, hold your head up high, don’t fear no evil, fix your eyes on this one truth, God is madly in love with you…’, we are given assurance of God’s immense love for each one of us, and the undeniable truth that we are given grace beyond all we could ever imagine, thus reason for us to celebrate.

While “Whole Heart [Hold Me Now]” is another ‘single’, albeit a promotional one, which released prior to release date; and is a piano led ballad led by Taya Smith, as we are met with a prayer, asking God to reveal more of His presence to us, because we need Him desperately in our lives. The final track that we’ve heard before is “As You Find Me”; and is in my opinion THE only song to listen to from UNITED if you have not heard their music before! Yep, that’s how seriously good this track is- I reckon it’ll be as big as “Oceans” or “So Will I”, but who am I to say that? I guess you all should listen to this song, and then you can be amazed by lead singer Tulele Faletolu’s passion and heart for Jesus!

The rest of the album is just as impacting and resounding as the 3 promotional singles. Album opener “Ready Or Not” is a stirring piano led ballad led by both Joel and Taya, with the two vocalists asking us and confronting us with the notion of us being ready to give over our everything to Jesus- as we declare the ever-powerful words that ‘…there’s no place like His presence, there’s no time like the now, every one, two or three of us, count Him in here and now…’, we are encouraged to step out in faith, to take the plunge, and to go all in for Jesus, no matter the cost. It may be scary, but Jesus is with us, hence we can be confident in the knowledge of security. “Here’s To The One”, led by Jonathon Douglass (JD), is a pop/rock Planetshakers-like 3 minute tune, which is unfortunately a low point on the album as it doesn’t really take off in terms of passion, but is nonetheless catchy and danceable, as JD relays to us his prayer of thanks and gratitude because of all the good things God has done. Matt Crocker also lends his vocal prowess to the musical metaphor and 6 minute work of art “Might Sound Wild”, essentially relaying that being wild for Jesus and relentlessly on fire for Him is what we were made for; which is one of the album highlights in my opinion. While Taya emphatically delivers the acapella 2-minute hymn like “Clean”, which is as impacting as is captivating.

What I find in Hillsong UNITED’s repertoire is that many a time, they’ve opted for the simple lyrics without feeling cliché and stale- and that’s definitely a good and ingenious thing- and that’s exactly how “Starts And Ends” feels like. Though standing tall at a whopping 8 minutes, the track doesn’t meander along like one would think, as both Joel and Brooke Ligertwood passionately and ardently highlight a concept not often talked about enough- that everything starts and ends with Jesus- He’s all that we should be focused on. While “Highlands (Song Of Ascent)”, led by Benjamin Hastings, has a Rend Collective, or an Irish hymn feel and atmosphere; we are blessed to hear one of the strongest tracks on the project, and a young worshipper deliver yet another anthem for the church- and hopefully another hit after “So Will I”!

Matt then returns to deliver the spontaneous free worship melody “Holy Ground” (which is compelling and moving, but maybe 2 or 3 minutes overkill!); while “Another In The Fire” combines fire imagery with strong biblical truth to create a powerful and hopeful worshipful melody, where we can declare that God is always with us, like how He was in the fire with Shadrach, Meeshach and Abendego, and just like He was in the waters when He helped Moses part the Red Sea. The use of past, present and future tense in all three choruses (there was another in the fire, there is another in the fire, there’ll be another in the fire) reminding us that Jesus is the same yesterday, today and forever; is a nice touch too. The album closer is “Echoes (Til We See The Other Side)”, and is a continuation of “Good Grace” (quite literally), as Joel delivers and joyous celebratory party song. A brilliant way to ends such an optimistic and positive album; People is what Hillsong UNITED do best- worship in a live setting to Jesus, using simple yet effective words and phrases. Some may criticise the band in the respect that these guys may be cranking out lyrically simplistic songs, and are not at the calibre of Andrew Peterson or Jason Gray; however I believe that God created many different types of songwriters, and even a contentious and polarising group like Hillsong UNITED has its place.

When Wonder released, I thought that nothing could top this stirring and momentous effort. I was wrong. People is out of this world- and though I prefer studio albums over live; this record just blew me away in every aspect. It is not known when Hillsong UNITED will record another studio album but until such a time, let us listen to People and jam to these live melodies, worshiping Jesus, praising His name and proclaiming His goodness! I am positive that these 12 songs- and maybe others from their previous albums- will take off in a big way, either sometime soon this year or early next year… so well done to Taya, Jad, Joel, JD and Matt; People is due for many more spins and rotations in my iTunes playlist!

4 songs to listen to: Might Sound Wild, Highlands, Another In The Fire, Good Grace