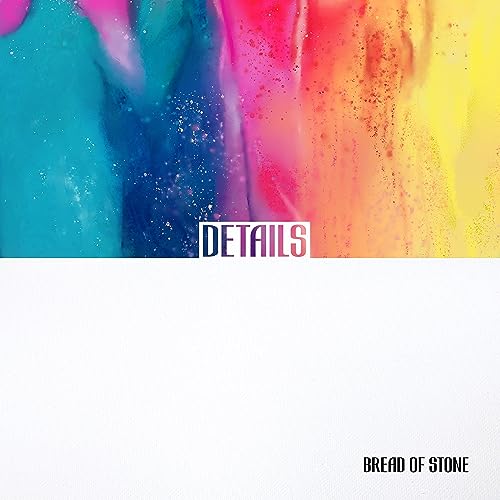 With similar musical, vocal and lyrical leanings and similarities to Manic Drive, The Museum, newworldson, Salvador and Me In Motion, Dream Label Group signed a winner back in 2013. The pop rock dance band Bread Of Stone, from Sioux City, Iowa, released their debut album The Real Life in 2012, yet the label re-released the project a year later, which seemed a bit unexpected, as the band were just signed, and could have recorded a batch of new songs to be released in 2014. Consisting of Ben Kristijanto, Bill Kristijanto, Tim Barnes and Wesley Holt, Bread Of Stone formed due to Kristijanto’s father’s influence and advice, and what occurred next was a whirlwind and frenetic musical career for the four friends, with the highlight so far being touring with Newsboys, Seventh Day Slumber, Superchick, Petra, and Building 429; apart from the release of many albums. Even though the band released only one album with Dream Label Group, and then went back to being independent (with no apparent warning nor reason!), Bread Of Stone released Not Alone in 2015 (not reviewed!) and Hold The Light in 2016 (read review here!), before this year. Just this past couple of months, Details– a 4 song EP- released to all digital retailers, and though one may think that 4 songs is too short considering the length of time they were away from the spotlight; I reckon that this EP is strong because it was so short. The band is stepping back into the music world, and what better way to ease your way in, than slowly but surely make more music? We may never really know why Bread Of Stone parted with their label, but if the quality of subsequent albums is like this EP, then the reason that they may give regarding the label split won’t be relevant anymore.

“Won’t Let You Go” is EDM in nature and is essentially a worship song that declares the glory of God, praising Him for creation and for everything else around us, as Ben relays to us that Jesus is always with us, that we can ‘…hear You say ‘I will never leave you even if you go astray, look at what I’ve done and know that I won’t let you go’…’; while CCM/pop radio friendly 3 minute tune “Running” powerfully highlights that we can run to God and run with celebratory joy because of our security due to the cross and the resurrection. Penultimate track on the EP is a throwback 80’s/90’s pop/rocker as Ben channels his inner Jon Steingard vocally, and humbly reiterates his transformation from death to life all before of Jesus- and now he wants to know Jesus like never before. As quickly as the EP began, it suddenly ends, with the acoustic version of “Not Alone” from 4 years ago- an odd choice but nonetheless a vibrant and enjoyable version of an already impressive song.

The future still remains unclear for Bread Of Stone. A gap of three years between an album and an EP of only 4 songs; is it possible that these guys are quitting? No, I don’t think so- the passion here is contagious and infectious. If anything, this is a new rebirth for the band with hopefully many more years to come. So while we’re not sure as to what is next for Ben and his crew; let us join these guys along for the ride, as we marvel at the work God is doing and the lives He is changing.