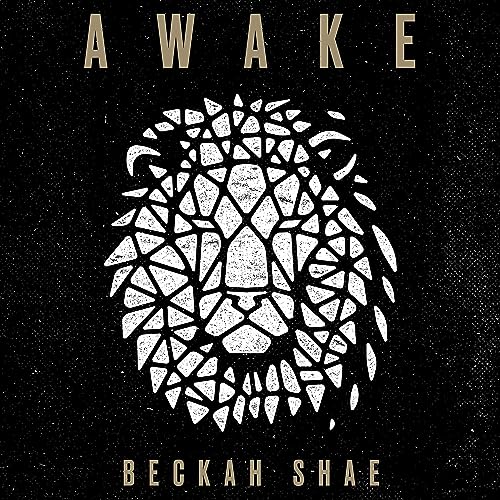 One of today’s most musically diverse and popular CCM singers and songwriters not signed to a major label is Rebecca Shocklee, or better known by her stage name as Beckah Shae. Known for her passion for Jesus as well as he poppy and infectious dance music, she has taken the world by storm over the past few years in terms of her contagious love for Jesus, and the relevance each of her songs has for this generation, musically, lyrically and thematically. Signed to her independent label Shae Shoc Records, there are plenty of encouraging melodies, inclusive of singles such as “#putyourloveeglasseson”, “Incorruptible”, “Mighty”, “I’ll Be Alright”, “Heartbeat”, “Pioneer”, “Here In This Moment”, “Your Presence”, and “Overflow”, which showcase Beckah’s prowess as a songwriter as a singer and a conduit for displaying God’s love through song to the public. Now four years after Mighty has released, Beckah has delivered a brand new single. “Awake” follows on from “King” and “Lioness”, and like its predecessors, is heavily rooted in the world of dance/EDM/pop similar to artists like TobyMac, Blanca and Britt Nicole- but this time with a Middle-Eastern-ish flair due to the pulsating drums in the background. Thematically though “Awake” delves deep into prophetic imagery alluded to in the book of Revelation, and overtly delves into the second coming of Christ, and what we as Christians need to do to prepare for the day.

“Awake” is full of action verbs, as Beckah eloquently asks us to ‘arise’, to ‘awake’ and to ‘come alive’, in reference to our relationship with Jesus. As Beckah alludes to our faith being hot for Jesus Christ and not lukewarm, once we discover what He’s done for us to save us from our sin and from ourselves; we are presented with an earnest cry for us to take action and to be firm in our faith in case the way does come that Jesus comes back during our lifetime. And as we check our hearts and be the hands and feet of Jesus in the world, by loving the least of these and caring for the orphans and widows; Beckah reminds us that there is no lukewarm- you are either for God or against God.

What more can I say about Beckah Shae’s new track “Awake” that I have not mentioned already? Though there is only one nit-pick that this song is still upbeat, and I haven’t heard a Beckah Shae ballad in forever (the cover of UNITED’s “So Will I” doesn’t really count!), Beckah on the whole has recorded a no-nonsense and impacting single full of heartfelt and inspiring messages, and vibrant worship songs to God, against a backdrop and genre of music that she is extremely familiar with. With these song not as compelling unfortunately to impacting songs like “Still Have Me” (Demi Lovato), “Hurry Up and Wait” (MercyMe) and “I’m Sorry” (TobyMac) to name a few; some would say that this track would fly by under the radar and no one would notice it, however I reckon that in time, Beckah’s music will be well known by everyone who will give these songs time. So what are you waiting for, dive in and listen to “Awake”; which will have you wanting more from this popular and respected independent singer/songwriter!