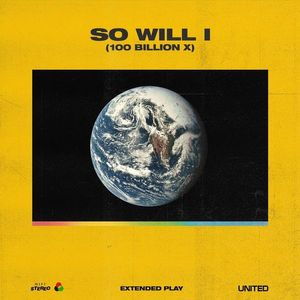 “…There is always a process when making an album that is similar to what we have done previously.  Words we had conversations around when writing this album were “bright,” “colorful,” “nostalgic.” Nostalgia is an interesting theme as you have to be old enough for something to be nostalgic — we talked about albums, music, television shows, movies that we loved when we were kids. So we wanted to give reference to [these], and at the same time create something new. It was also definitely intentional to be more upbeat than our previous album Empires…” Hillsong UNITED, well actually Hillsong in all its facets, need no introduction. If you haven’t heard of them, and if you haven’t heard of Hillsong Worship, or Hillsong Young and Free, then shame on you! Really? Am I going to name and shame you all if you are not up to date in the current worship artists and albums? No, I’m not. That other statement just before was a joke, if you didn’t know. On a more serious note, you can read about all things Hillsong Worship, UNITED, and Young and Free in the links here, here and here, and when you’ve finished, you maybe can gain a bit more perspective and knowledge of the worship movement that’s been around for decades!

Whether you believe in Jesus Christ or not, chances are that you’ve heard about this previously small Australian church group now turned global megachurch worship movement, spanning 3 incarnations (Worship, UNITED and Young & Free) and counting, plenty of inspiring singles, no 1 top hits on both Christian and mainstream charts and a plethora of studio and live albums. With the UNITED branch of the worship ministry originating in 1998, we have been blessed to hear so far 11 live albums and 5 studio albums (All Of The Above, Aftermath, ZION, Empires and Wonder). With Hillsong being one of the most popular, respected, prolific and inventive worship movements of all time; their music has touched the lives of many locally and globally. Since its inception, this young worship team, particularly Hillsong UNITED, fronted by Joel Houston, Jad Gillies, Jonathon Douglass, Matt Crocker and Taya Smith, have carried on the church’s mission and vision to lift the name of Jesus above all others.

In my opinion, there’s never been a more far reaching song in Hillsong UNITED’s discography than “Oceans” from ZION. The song was on the Christian charts for the longest time ever, and it was so popular that the band released an EP titled Oceans EP (which Jon reviewed!), and chances are, that we all still sing this song at church, and love it too. Yet it is only til now, just recently, that we have come across a song equal in power and impact to “Oceans”. And that is “So Will I (100 Billion X)” from Wonder. And maybe it’s the band pre-empting success, but just last week, the So Will I EP dropped to all digital retailers worldwide. With 6 versions of the song included on this EP (2 radio edits, 1 live version, 1 acoustic version, 1 orchestral version and 1 remix), and various vocalists singing on each of these tracks (including Benjamin Hastings and Taya Smith); this EP is a great reminder of what is sure to be a future hit in Christian radio (and maybe mainstream, if God opens more doors!) Originally led on the 2017 studio album by Benjamin Hastings, the emotional slow tempo guitar led ballad and inspiring anthem vividly describes how even the stars that were made by God, worship Him as well. There’s also a feeling that I get when listening to this Holy Spirit anointed melody that I can’t help but agree with Benjamin, that ‘…if everything exists to lift You high, so will I, and if the wind goes where You send it, so will I, if the rocks cry out in silence, so will I, if the sum of all our praises still falls shy, then we’ll sing again a hundred billion times…’. With the song recorded in so many different ways, and each version unique and impacting in its own way, surely this track is a certainty on WOW Hits 2019, and will be a strong contender for Song Of The Year at the upcoming Dove Awards.

“…Hope is an interesting word. We believe there is hope in the world, amidst all of the devastation. But as for our album — we always just try and enjoy and trust the process, make music we like and hopefully other people do as well… It is the dream of any artist that their music reaches new listeners, that the story or message goes out and impacts more and more people…” Personally I thought that a new studio album from Hillsong UNITED could not top the awesomeness of Empires, ZION and Aftermath before it, but Wonder is one of my favourite 2017 albums and one of my favourite albums from the band overall. And after the title track, I’d say that “So Will I (100 Billion X)” is one of my other favourites from the album. I must admit, when I first saw the press release for the album, I was a bit apprehensive given that this was a ‘surprise’ album; however this batch of new melodies and hopefully soon-to-be classics (including “So Will I”) are quite impacting, challenging and catchy, as it shows us that Hillsong UNITED is constantly evolving, and showing us more and more welcome surprises. Maybe in time “So Will I” will be one of the most recognisable songs ever from Hillsong UNITED, aside from “Oceans”? I’d suggest getting on the bandwagon of “So Will I” very soon! It is going to take off in a big way! Well done to Taya, Jad, Joel, JD and Matt, Wonder and “So Will I” is due for many more spins and rotations in my iTunes playlist!