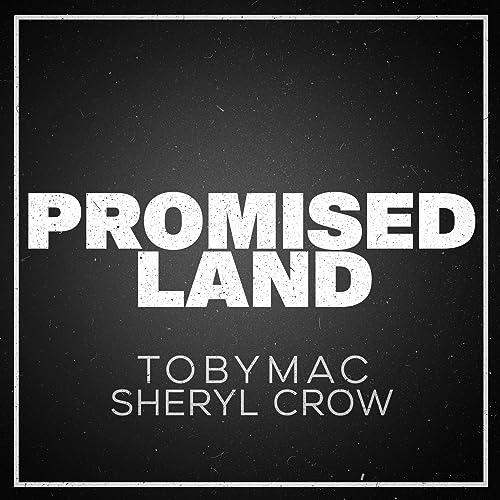 TobyMac, one third of the revolutionary CCM rock band dcTalk, branched out on his own since the early 2000’s- and the rest is history. Sometimes I think that TobyMac isn’t even human. Maybe he’s an alien or a robot? How else could he accomplish so much in the CCM industry (multiple Grammy and Dove awards, plenty of number 1 singles, and tons more relatable and inspiring melodies) and also still stay so grounded in a music market that is becoming more and more cutthroat and fickle-minded, while at the same time having a constant sound and relevant material for people of all ages and all belief systems? On a more serious note, TobyMac is only 57, and with many recognisable songs such as “City On Our Knees”, “Made To Love”, “Lose My Soul”, “Tonight”, “Me Without You”, “Get Back Up”, “Speak Life”, “Love Broke Thru”, “Feel It”, “Beyond Me”, “Move (Keep Walkin’)”, “Burn For You”, “Gone”, “Atmosphere”, “Everything” and “i just need u.”; the pop/rap extraordinaire has unveiled his most ambitious and daring project yet. After recording a plethora of singles in “21 Years”, “I’m Sorry (A Lament)” and “Help Is On The Way”, Toby has unveiled to us “Promised Land”, a melody about looking for ‘the promised land’ and searching for meaning and purpose in life.

To be fair, this review is sort of redundant. Jon has already written about his thoughts on “Promised Land”. He has succinctly worded his own review in such that I’ve included below his thoughts verbatim, because those are my thoughts too. However, Toby has since re-released “Promised Land”, this time with Americana/folk/country legend Sheryl Crow on guest vocals. 2 new versions, for all of us to hear… and in my opinion these two versions are powerfully, brilliant in every way and are exquisitely awesome. I don’t think there are any more positive adjectives I could relay about these renditions, so I’ll leave you now with these two recordings below, and you can let me know what you think. Over the years there have been a few Christian and mainstream collaborations- “I’ll Find You” (Lecrae and Tori Kelly), “Together” (for KING & COUNTRY, Kirk Franklin and Tori Kelly), “Bucket List” (Mitchell Tenpenny and Danny Gokey), “Lean On Me” (Kirk Franklin, Bono, Mary J. Blige, and R. Kelly), “The Fullest” (Josh Groban and Kirk Franklin) and “Better Days” (Justin Timberlake, Ant Clemmons and Kirk Franklin) stick out to me. Put it this way, collaborations between the two music industries are few and far between, and some collaborations (like with Lecrae and Kirk Franklin) have been controversial beyond what we could imagine. I do long for the day when Christian artists and mainstream artists can come together to make a song (like “We Are The World”), or even an album (like Compassion:Art); however until that day comes (and I believe it is coming!), I’ll take what I can get. God uses everything and anything to glorify Him and to bring us comfort, peace, healing and encouragement… so why can’t He use “Promised Land” with Sheryl Crow? The moment we fully understand that ‘mainstream music’ isn’t the devil’s music… is the moment that we can truly find freedom in any music. After all, people are people, and isn’t music someone’s attempt to make sense of the world, to find meaning and purpose in these 80-odd years they’re breathing? Something to think about and ponder over.

As real and authentic as they come, ‘Promised Land’ is a tear-jearker, let me tell you. Sung from the perspective of a persona who’s working just to make ends meet, we see this question being asked, of when’s someone’s promised land, and if it’s coming now, this side of heaven, or the next. The song was actually inspired by Toby’s grandfather, a former Wyoming County miner who passed away of Black Lung disease, and how the song was phrased, depicts a scenario where the persona (maybe even from the perspective of Toby’s grandfather himself) longs for a promised land to be realised for himself, wanting things to change, but also realising that maybe the promised land won’t be in the here and now. A song that allows us all to have empathy for those who work twice as hard as us (and maybe receive twice as little in return), we are called to help those less fortune, and this song can hopefully allow our eyes to see far beyond just our own little bubble, to see and understand that our lives ought not to be as comfortable as we make them out to be- our grandparents had a harder life than us, and so our gratitude and appreciation ought to reflect such a sacrifice they put in, so that we can reap the benefits of the work. It is because of the impact and meaning this song ‘Promised Land’ has had on Toby himself, that he shot the music video of the song in Toby’s grandfather’s hometown of Glen Rogers, as well as the Beckley Exhibition Coal Mine. The song itself makes a parallel between the promised land in Exodus, when God made the Israelites wait for quite some time (I believe it’s about 400 or so years). We then see Toby sing either about himself or about his grandfather, asking the question of where the promised land is- for himself, for his family and friends who have been toiling and working really hard, even asking the question for us all, who have been in some sort of mundane autopilot pre-COVID-19, and now we need to re-evaluate and re-align; which I hope this song allows us to do.

Toby’s new song is one of hope and poignancy, and one that can maybe call us into action, too. As we as people living in this COVID-19 world need to ask ourselves where our promised land is, hopefully Toby can bring us into a space where we can be ok with asking the hard question of where our promised land lies, and who it lies in, and if we don’t know where, then why not, and maybe we should just start going on that journey, sooner than later. A song that can hopefully tie us over until the next album release (whenever that occurs), Toby in his own right, is one of CCM’s most accomplished and heartfelt, and an icon not just within the confines of CCM, but in the wider, broader music community at large as well. An artist who is almost certain to continue to make music well into his 60s (if his energy and enthusiasm is still going, then why not?), Toby’s enthusiasm in his songs, is what sets him apart from a lot of his contemporaries.

New versions of “Promised Land” featuring the legendary Sheryl Crow are out now. So honored to get to sing with one of my favorite artist/vocalists of all time….truly.

Even though Toby has time and time again released plenty of high-quality albums- with The Elements, This Is Not A Test, Eye On It, Tonight, and Portable Sounds being the projects that have made it big for him – not to mention the live recordings of Alive & Transported and Hits Deep Live as well; calls for TobyMac to stop doing solo music and reunite formally with dc Talk remain, and become louder by the day. Especially since dc talk reunited for their cruise in 2017 and in 2019- however as of this point, I believe Toby is doing what God has called him to do, and right now that’s solo music. In fact, I reckon Toby will keep doing music for the foreseeable future, and maybe longer. Musicians and artists do not retire, as each person still has much more to say; but rather they keep going until they feel and believe that they have said enough and don’t need to say anything else. For Toby though, in 2022; I reckon he’s got so much more to say. These singles in “21 Years”, “I’m Sorry (A Lament)”, “Help Is On The Way” and now “Promised Land” are proof of that- and whenever Toby drops his next album (later on in 2022?), I know it will be big. Even now I have high hopes for it, even if the track list isn’t confirmed! So for the doubters… trust me- listen to The Elements, and then be amazed at Toby’s song-writing and singing and performing prowess! Well done Toby- I can’t wait to hear more of what God is doing in your life.