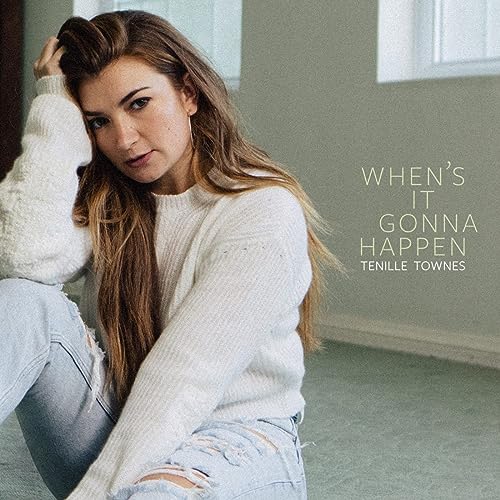 Canadian musicians, especially Canadian country artists, have thrived for quite some time recently. Artists like Shania Twain, Lindsay Ell, Jess Moskaluke, K.D. Lang, Meghan Patrick and Tenille Arts have all had varying degrees of success in both the Canadian and American markets of late, and further extending to just Canadian artists in general, artists like Drake, The Weeknd, Celine Dion, Bryan Adams, Justin Bieber, Avril Lavigne, Shawn Mendes, Carly Rae Jepsen, Michael Buble, Matt Maher, Marc Martel and The City Harmonic, are just some of the many Canadians who have been in circulation in music for quite some time over the last decade or two. So it comes to no surprise that rising country superstar and powerful vocalist, Tenille Townes, comes from Canada. In fact, her rise to the top has been so exponential and instrumental, that she’s been recognised for various Canadian Country Music Awards (CCMAs) and Juno Awards within the last couple of years. Her 2020 album The Lemonade Stand was a critical success, we as a site even reviewed the album here. Birthing singles like ‘Somebody’s Daughter’, ‘Jersey On the Wall’ and ‘When I Meet My Maker’, Tenille’s trademark voice and her enthusiastic passion had made The Lemonade Stand one of 2020’s most unique albums, and one of the best kept secrets (album-wise) for that particular year. 2021 then came around, and we saw Tenille continue to deliver powerful hit singles- for upon the heels of her powerful and emotive July 2021 radio single ‘Girl Who Didn’t Care’, alongside her vulnerable and emotive ‘Villain in Me’; has come ‘When’s It Gonna Happen’; single #3 from her forthcoming album, releasing TBA 2022. And if the rest of the album is as emotive and poignant as ‘When’s It Gonna Happen’ and the other two singles, then this new release from Tenille ought to be one of the most anticipated of 2022, high up there with the new albums from for KING & COUNTRY and Rebecca St. James.

‘When’s It Gonna Happen’ is as vulnerable as they come. Tenille starts off the song with light percussion as the lyrics seem to come to the foreground all the more. And with a song that I’m sure a lot of people can relate to; the song relays this theme of singleness and what it means and feels for those who are single and are seeing everyone around them become married people. I know with me and my singleness, I see a lot of my friends becoming married, and while I know that the Lord will use my time in singledom in a way for Him to show me things about myself that I may need to fix; I can’t help but wonder what my life would be like if I wasn’t single. I also often wonder if and when I will get married, and therefore this song has hit home for me, a lot. I don’t know when I will get married, and if that is a possibility for me. What I do know is this- that I may plan this or that, but the Lord orchestrates the steps, and yes, this song hits hard, and is as emotive as they come; but what this song seems to lack is a sense of hope. The song asks questions, like ‘when’s it gonna happen to me’, but nothing really much else. What I know as a Christian, is that as much as I may long for a spouse and a family, and how I need to be actively looking for someone to spend the rest of my life with; I also need to focus on the Lord and follow where He wants me to be. I need to be as content as I can be when I’m single; because I know God’s plans for me when I’m in this stage in my life, may be far beyond what I could even comprehend. And it is on that note that I’ve appreciated Tenille’s new song; and acknowledged it for what it is- a track that allows us to feel some lament and longing. If we want hope though, we may need to look towards other artists like Tenth Avenue North or for KING & COUNTRY? Regardless, this is a great song by Tenille that compliments the other two quite nicely. Well done Tenille for a track that allows us to think about married and single life. Looking forward to the new 2022 TBA album, whenever it releases.

‘…I wrote this song because it’s a real and true window into my life right now and how I feel sometimes about being single. I know that if it’s something I’m feeling, then there must be others who feel the same way I do. I wanted to create something that would speak to them too! I’ve shared a few pieces of the song on socials, and it has been the most encouraging and exciting thing seeing people comment and say that they feel the same way. I’m really so excited to share the rest of this song with everybody and can’t wait to sing it at the top of our lungs together on the road…’