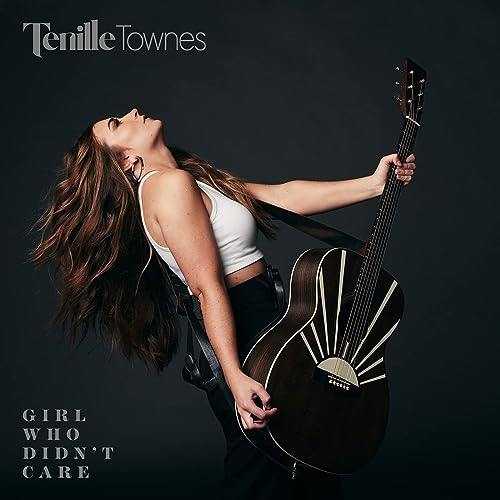 Canadian musicians, especially Canadian country artists, have thrived for quite some time recently. Artists like Shania Twain, Lindsay Ell, Jess Moskaluke, K.D. Lang, Meghan Patrick and Tenille Arts have all had varying degrees of success in both the Canadian and American markets of late, and further extending to just Canadian artists in general, artists like Drake, The Weeknd, Celine Dion, Bryan Adams, Justin Bieber, Avril Lavigne, Shawn Mendes, Carly Rae Jepsen, Michael Buble, Matt Maher, Marc Martel and The City Harmonic, are just some of the many Canadians who have been in circulation in music for quite some time over the last decade or two. So it comes to no surprise that rising country superstar and powerful vocalist, Tenille Townes, comes from Canada. In fact, her rise to the top has been so exponential and instrumental, that she’s been recognised for various Canadian Country Music Awards (CCMAs) and Juno Awards within the last couple of years. Her 2020 album The Lemonade Stand was a critical success, we as a site even reviewed the album here. Birthing singles like ‘Somebody’s Daughter’, ‘Jersey On the Wall’ and ‘When I Meet My Maker’, Tenille’s trademark voice and her enthusiastic passion had made The Lemonade Stand one of 2020’s most unique albums, and one of the best kept secrets (album-wise) for that particular year. Now we fast-forward to July 2021, and just this last week, Tenille unveiled to us another musical offering- no it’s not a new album (but that could be on the horizon), but rather, a new single, ‘Girl Who Didn’t Care’- a song that is a great radio pop/country track, and a song that could potentially be single #1 of a TBA album coming…well, TBA 2021 or 2022, I guess.

Standing at 3:12, ‘Girl Who Didn’t Care’ starts off with this acoustically driven guitar riff as Tenille offers up a scenario where she sees a young girl who was innocent, full of life and wonder, as we understand that it is often the children that are full of joy, hope, expectation, and anticipation. They are less jaded with the world, and full of optimism and possibility, a reminder that when we were younger, we were probably like that too. As the song progresses, we hear Tenille declare that she wants to go back to those days that she sees embodied in this young girl, a life full of fearlessness, of love beyond condition, of being awakened to imagination and seeing all the myriad of possibilities, rather than just being in a state of uncertainty and confusion. To see the world as a child does, is something beautiful- they are not worried like adults are, they are much more carefree and in some ways; happier than adults could ever be. We seem to carry a weight on our shoulders that wasn’t necessarily needed- alas, we have the weight. ‘Girl Who Didn’t Care’ is hopefully a way of us being reminded that we need to go back to our childlike state- enjoying life for what it is, a series of ups, downs, twists and turns, and embracing the lessons along the way, instead of trying our hardest to sidestep and manoeuvre all the things that seem to come our way. Tenille encourages us all to become the little dreamers we once were, again. I’m sure we were before, but along the way, we were told, by ourselves, by others, that our dreams were too lofty, too small, to unrealistic, too ____, that we were not believed, or worse still, not even supported. Dreams are a way for us to keep going in life- they are the hope of seeing something in fruition that is in the not-yet stage of happening.

It is the motivation that we have when we get up in the morning, and ‘Girl Who Didn’t Care’ can hopefully encourage us to forgive the people that either repressed our dreams, or even actively spoke out to say that what we wanted, thought or felt, didn’t matter. Tenille’s song can hopefully be a lifeline to many who may be struggling from feeling let down by people they thought were going to support them in their dreams, but didn’t, for whatever reason. A song that has become a great way of dialoguing about caring what people think, and not caring in a way that we don’t have to worry about people’s permission for our own dreams to become reality, this is a great song to start off the journey of Tenille towards her next album- if ‘Girl Who Didn’t Care’ is a determinant into whatever she releases next, then Tenille’s best work is still ahead of her. Well done Tenille for this powerful and compelling song, can’t for the new album, whenever that may arise!

‘…I hope that people feel reminded of the little dreamer they used to be. The one who didn’t care what anybody else thought, or how far away a crazy dream was, relentlessly believing in the good in the world. I know I could use more of that wonder in my life right now, and I hope people feel this as an invitation to find some…my goal always in music is to remind people they are not alone. I hope this song inspires people to remember the courage they used to have before the world and society started to let it fade and that it brings comfort to people listening all over the world that it’s possible to feel that courage again. I hope they sing along at the top of their lungs…there has been so much happening in the world this past little while. So much heaviness with health and loneliness and wrestling of change, and music for me is a way to both process and understand how I’m feeling, and also to escape to a safe place inside a song. This year, leaning on music, has meant more to me than ever before in my life. I’ve been working on things in my heart this past year, and I think the music has been inspired by all kinds of emotions around that…I think this past year has made me even more thankful for every moment we’re given. And has shown me a wider perspective on the things that matter most to me to represent and talk about in my music, in this season of my life right now. I can’t wait to share more of what I’ve been working on…’