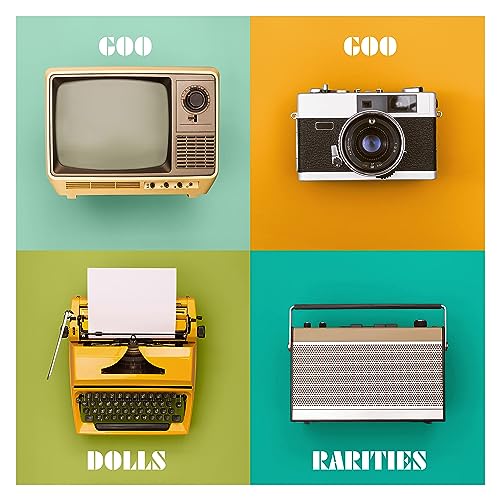 I wrote a blog about the Goo Goo Dolls in August 2020, stating their relevance, influence and importance in modern music history. It was perhaps one of the most out-of-left-field artists I listened to over the last couple of years or so, in a very, very good way. Johnny Rzeznik and Robbie Takar have created a career that has reminded us of what it means to traverse the line of rock, and radio accessibility. While the band has moved from more of an indie-punk/rock band in their early days, to more of a radio-friendly pop-rock band of today (sort of similar to the transition of music of Sanctus Real over the years); the Goo Goo Dolls nevertheless are still some of the few bands out there that really stand out in all the right ways- creating songs that delve deep into the meaning of life, love and everything in between, all the while keeping up with the music game and presenting songs that the generation of now can still connect with. The band’s most recent album Miracle Pill was unveiled to us in September 2019, and once again in June 2020- the former a standard 11 track edition of the album, and the latter, a deluxe 14 track collection. It has been Miracle Pill that has really stood out for me over the year of 2020, and certainly an album you can enjoy, if you like similar artists, from Lifehouse and Echosmith, to Sanctus Real and Daughtry. As I reviewed Miracle Pill: Deluxe Edition, and once again reviewed their Christmas album It’s Christmas All Over, even reviewing their acoustic EP EP 21 that released in May 2021; here we are once again in July 2021, and while the band have been thoroughly busy creating their new studio album, they have nevertheless unveiled something new-ish of sorts- Rarities.

Let me just preface this ‘review’ by saying this- on the whole, I’ve grown to love Goo Goo Dolls– albums like Boxes, Miracle Pill, Something For the Rest of Us, Let Love In and Dizzy Up the Girl are just some of the albums that I’ve heard from the band, that has impacted my own journey in rediscovering what it means for mainstream music being used by the Lord to bring people closer to each other and closer to Him in the process. A lot of my own thoughts and musings can be read in my blog about them last year. You can check it out here, but herein lies the point- that as much as I appreciate Goo Goo Dolls and their presence in music at the moment, as it stands, Rarities is only a compilation that is fit for diehard fans of this group…and no one else. There I said it. For me, an album like rarities is only fit for just streaming on Spotify…and if you want to buy it (a physical copy!), then that’s cool, but I wouldn’t. With 20 tracks at 69 minutes, the only songs really, really worth it to check out (that’s only if you’re a casual listener) are tracks 1, 2 and 20- ‘Hit Or Miss’, a German B-Side to their 1995 single Only One, ‘Nothing Can Change You’, a cover of the 1989 hit from Tommy Keene, and the album ender, track #20… ‘Take Me Out to the Ball Game’- yep, it’s that song that we all know!

The rest of the 17 tracks are standout songs throughout the groups early career (songs from the 1995 – 2007 era), and are presented on Rarities in one of four different categories: 2 remixed tracks (‘Long Way Down’, ‘Naked’), 8 live tracks (‘Feel the Silence’, ‘Listen’, ‘Let Love In’, ‘Naked’, ‘Black Baloon’, ‘Don’t Change’, ‘Broadway’ [from Sessions@AOL] and ‘Black Baloon’ [from Sessions@AOL]), four acoustic tracks (‘Better Days’, ‘Iris’, ‘Slide’ and ‘We’ll Be Here (When You’re Gone)’), and 3 live acoustic tracks (‘Name’, ‘Girl Right Next To Me’, and ‘Another Second Time Around’). And so, as we take Rarities for as it is, a collector’s album for anyone who is a very, very avid fan of the group (and anyone else who just listens to the group from time to time, would reckon that this album is purely just a money-grab), then this album is fine. But as we all know, that compilation albums that don’t really much add anything else to it all (except for numerous alternatve versions of the same song), don’t really have much of an appeal to listeners, compared to albums of original material. For me, I wasn’t as enamoured and excited about Rarities than I was about even their Christmas album last year. I can understand that this album Rarities is something to tie us over until whenever they do release their brand-new album, whencever it may be. But an album as this, should be avoided if you’re not a diehard fan of the band…and it will be avoided by me.

Yes, indeed, Rarities isn’t something I would part my money to purchase- in fact, I’d even go so far to say that this band’s attempt at creating a bootleg-ish album is going to bite them back in the face. Instead of where the album stands right now, maybe they should’ve rerecorded songs from their earlier career, and invited other people to collaborate on them? That would’ve been a sight to see. Or maybe, release an album full of remixes of their earlier hits, or if it’s a live album, then just stick with it. None of the ‘part-live, part acoustic, part remix atmosphere’, because then, it’ll all just feel like a mish mash. Yes, the songs are good, great even. But the varying amounts of renditions, and the overall repetitious vibe of Rarities will lead me to continue spinning albums like Boxes and Miracle Pill until the release of their new album, whenever that may come to fruition…and be sure to check out actual ‘reviews’ of Rarities– namely a review by Total Ntertainment and a review by someone on Amazon.com– both these reviews have written it so much better than me, and voice things that even I was thinking at the point of listening to Rarities. Well done to the band for surviving as a group this far, here’s hoping Rarities is just one little blip in this musical journey that blends together rock and radio accessibility in a way that the band will continue to draw people into their music, who listen to their earlier rock albums, their more recent pop/radio friendly albums, or even people who enjoy both!