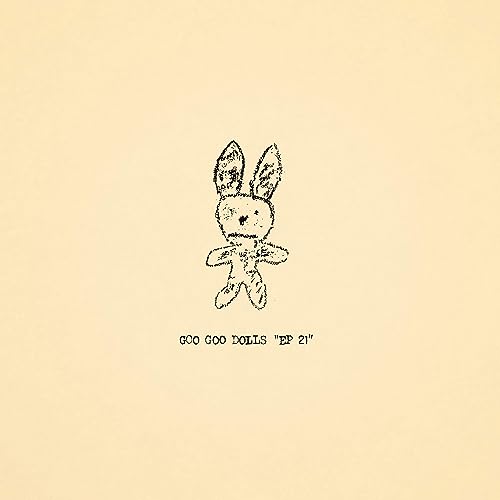 I wrote a blog about the Goo Goo Dolls in August 2020, stating their relevance, influence and importance in modern music history. It was perhaps one of the most out-of-left-field artists I listened to over the last couple of years or so, in a very, very good way. Johnny Rzeznik and Robbie Takar have created a career that has reminded us of what it means to traverse the line of rock, and radio accessibility. While the band has moved from more of an indie-punk/rock band in their early days, to more of a radio-friendly pop-rock band of today (sort of similar to the transition of music of Sanctus Real over the years); the Goo Goo Dolls nevertheless are still some of the few bands out there that really stand out in all the right ways- creating songs that delve deep into the meaning of life, love and everything in between, all the while keeping up with the music game and presenting songs that the generation of now can connect with.

The band’s most recent album Miracle Pill was unveiled to us in September 2019, and once again in June 2020- the former a standard 11 track edition of the album, and the latter, a deluxe 14 track collection. It has been Miracle Pill that has really stood out for me over the last couple of months or so, and certainly an album you can enjoy, if you like similar artists, from Lifehouse and Echosmith, to Sanctus Real and Daughtry. As I reviewed Miracle Pill: Deluxe Edition, and once again reviewed their Christmas album It’s Christmas All Over, here we are again in 2021, and while the band have been thoroughly busy creating their new studio album, they have nevertheless unveiled something new-ish- EP 21.

I don’t think I can write a review of this acoustic EP, as good as the guys over at RIFF Magazine– I read through what they did, and what they have written in their entirety, is pretty much spot on, in terms of what I wanted to write about. And so…I guess I’ll let these guys say it, maybe even better than I ever could. Nevertheless, on a lighter note, Goo Goo Dolls and these four songs, are just what people need during this ever-changing landscape of 2021 and how uncertainty seems to be the thing that is certain nowadays, especially with COVID-19 and the rising infection (and death) rate of COVID-19 in India. It’s been these acoustic songs that have really accentuated the lyrics; and reminded me of how much lyrics really do matter, in any song. ‘As I Am’, from the band’s 2010 album Something For the Rest Of Us, really wrestles with the idea of unconditional love, and ironically speaks to the very heart of what God’s love for us really is- He takes us as we are, without condition or expectation. In is in these lyrics ‘…calling out for you again, you always guide my way, calling out for you, you know you heal these empty days, and it’s all because you take me as I am…’ that I’ve come to have a new-found appreciation for the band and all that they stand for. Even though Johnny himself isn’t a professed Christian, he’s still writing lyrics that I’m sure can be used by the Lord to showcase His character and attributes- with this song ‘As I Am’ as a great example- the acoustic version of the track just makes me enjoy the song all the more. ‘Feel the Silence’, from 2006’s Let Love In, speaks of people coming alongside others as friends, and asking them to ‘feel the silence’- a metaphor to embrace the period of the unknown, to be ok with not knowing the answers in life. Because silence between two moments of noise and familiarity can be a heavy moment to live in, and such a song as this, encourages us to not run away from this uncomfortableness called silence, and to acknowledge that it is ok to not be ok. ‘Happiest of Days’, from 2013’s Magnetic, lends to this theme and understanding that we long for days better than what we’ve lived. On the outside, it can look like we’re living through the happiest of days, but often in reality, we’re not. The song applies a lot to our current situation of COVID-19- many people are struggling, and other people are thriving through it. The EP ends with ‘BulletProofAngel’, this time, a piano only song about noticing the little things in life, to not let life pass us by as we often can get totally consumed in what we’re doing, that we miss the beauty and wonder surrounding us. As John Rzeznik relayed in an earlier interview about the 2013 album Magnetic, ‘…when we were writing the song [BulletProof Angel] we wanted to do a story telling kind of thing with it. It’s about how we let so many things in life pass us by. This one guy just finally notices this person and he’s not sure if she’s a part of his imagination or if she’s for real. She’s just so open and free and she’s completely herself in every way. He’s conformed his life so much, so to spend just a little bit of time with her and see someone who is able to live their life on their own terms just blows him away…’

The band has come a long way since the start in the 1980s and 1990s. And while I’ll never truly know how it’s like to enjoy this band from its inception, what I have known about them is nevertheless impressing me more and more; and reminding me that there are still bands out there that are willing to speak directly to the heart of the person, never compromising message, and never forsaking heartfelt poignancy and truth, for the sake of a ‘good’ popular song. The band have made a name for themselves, both musically and behind the scenes, and for a duo after 30+ years, their message still going strong, and a fanbase still active and vibrant- it’s all a miracle, if you ask me. And I know that all good things end, and all things end period. I guess sometimes when you’re in a business of giving oneself to the masses, either in the form of music or otherwise, there is never really a moment where you do ‘retire’ per se- you never have an ‘ending’ to your career- you just move on and your career can look a little different, but your message of connection, emotion, relationship, and themes like hope, asking the questions ‘why’, those things will still be the same. It is a reminder that even as Christians in this life, we must never look at life like as something that we need to finish- we’re always learning and growing, always admitting when we get things wrong, and exploring the things that we believe God has imprinted on our hearts to undertake. Goo Goo Dolls and their career (and especially their 2019 album Miracle Pill and their 2020 Christmas record It’s Christmas All Over), and attitude to life has rubbed off on me in a good way. It has re-evaluated my love and appreciation of 1990s and 2000s music, and for that and that alone, songs like ‘As I Am’ and ‘Feel the Silence’ have shaped and influenced my own array and direction of music of late…which is a very, very good thing indeed! Well done to both Johnny and Robbie for creating this great acoustic EP, a great teaser to the new studio album that is to come in 2021, whichever month it arises!

3 songs to listen to: Happiest of Days, As I Am, Feel the Silence