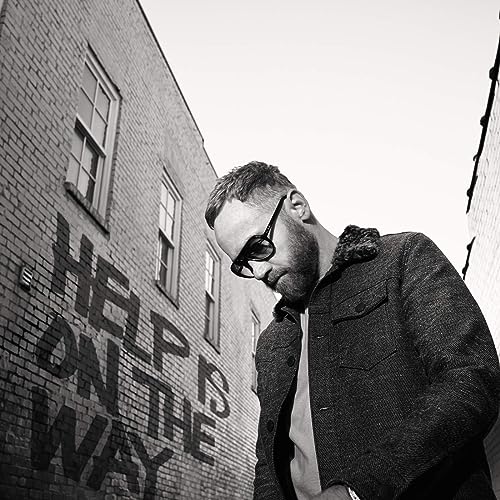 ‘…If we as a human race haven’t figured out already that TobyMac and his music is as much needed in this society, as it is influential to music as a whole, no matter what musical genre we are inclined to first listen to, then the love we profess about music in general needs to be re-evaluated. For TobyMac is a revolutionary- he’s even created his own quasi-musical genre- musical gumbo, as he calls it. It’s not just pop or worship, nor is it full-on hip hop either. Many of his albums have been an exploration of different genres, and this new 2018 album The Elements showed us a more broader soul-hip-hop/blues-pop element, a reminder that Toby and only Toby can undertake different genres with such grace and poignancy, and for the end result to come out looking and feeling like one genre, rather than a million different genres mashed up together. In fact, Toby himself has given life to musical genre infusion over the last decade or so. No other artist in my opinion can easily travel between pop, rap and hip hop so easily (maybe perhaps Group 1 Crew) within the CCM industry, and thus, Toby and his music is very unique to a Christian music industry that is sadly one where sameness and familiarity are championed over edginess and out-of-the-box songwriting…’ Above is a quote that I wrote about TobyMac and his influence in the CCM industry, in relation to his brand new 2019 album The St. Nemele Sessions. It is a reminder of the necessity of people within and around the CCM industry that can push the envelope and create music that has a lot of crossover appeal, while still holding true to core values that made the music unique and heartfelt in the first place- TobyMac is one such artist that has the ability to create music that can transcend boundaries. Mind you, there are other artists that have both impacts within and outside the CCM industry- you need not to look outside artists like Skillet, Switchfoot, needtobreathe, and more recently Lauren Daigle and for KING AND COUNTRY, to get an idea of artists and bands that are ingenious in creating music and a brand that can impact and influence not only in their initial select circle but also outside the confines, comfortability and security of the four walls of the church.

Since Toby’s early days with good ol’ DC Talk, his ability to stand tall in 2021, around 20 years after the ‘hiatus’ of the band, still making music, is a big, big feat. TobyMac, alongside fellow artists Michael W. Smith, Steven Curtis Chapman and Amy Grant, is one of the only artists who had major success in the 1990s that has continued to stay relevant and relatable in this ever-changing culture now. In his mid 50s, Toby is still energetic and enjoys making music, and its clearly evident by the various music videos and albums he has created since the start of his solo album career way back in the early 2000s. While die-hard fans of DC Talk have lamented the loss of a passionate and innovative band; what has transpired from the indefinite hiatus is a career that is fast becoming one of the most respected and admired in recent CCM history. With career topping radio singles spawning from his illustrious and dynamic career thus far- from songs like “Made to Love”, “City on our Knees”, “Lose My Soul”, “Tonight”, “Get Back Up” and “Me Without You”, to “Irene”, “Gone”, “Atmosphere”, “I Just Need U”, “Burn For You”, “Til the Day I Die”, “Scars” and “Speak Life” to name a few; what Toby continues to bring to the table of musical genres and songs that tug at the heart of listeners, is something new and fresh- that a guy in his mid-50s can be relevant both musically and in the message that the song is bringing, is indeed an art. So now fast-forward to 2021. We’re all isolated from one another, locked down in our homes, either by choice or by mandatory acts of law, as we fight to curb this COVID-19 epidemic. And in Toby’s life, a lot of things have happened too. Sadly, and unfortunately at the end of 2019, his first-born son Truett died, which bore Toby a raw and emotional song ’21 Years’, one of his most emotive and heartfelt. In 2020, he unveiled a bunch of lost demo songs and bundled them up as an 8 song EP titled The Lost Demos of which we reviewed here as a site. Carman, singer-songwriter and one of CCM’s most impactful during the 1990s, died not too long ago, and was one of the very first people to ever impact and imprint on young band (at the time) DC Talk, helping them into the music industry, and making a big impact on band member Toby MacKeehan (now TobyMac, a prolific impactful artist). And now here we are in February 2021, and Toby has released another song, this time it’s ‘Help is On the Way’, the first original song he’s written and recorded since around a year ago with ’21 Years’.

‘…That was all I had in me [sad, teary-eyed ballad-y songs]. I just started asking God, ‘What is going on? Is that all I’m going to be able to write? For the rest of my life?…’
‘…What an image to hold on to, that the God of all creation is rolling up his sleeves on my behalf. And I just, I just held on to that and started writing immediately…’
‘…I had no music yet, just melody and a lyric in my head. ’Help is On the Way (Maybe Midnight)’ is the first time I think I felt sort of a turnaround where I could express hope. I felt hope through it all. But (the song) is the first time I could express it in an artistic, creative way. The first time I could scream hope from the mountaintop…’
‘…When newer artists come in and someone’s pretty established, there can be a little bit of a cold zone. No one’s ever mean, but it could be a cold zone. But Carman was so warm, and always wanted us to do well. I’ll never forget that…’
‘…We all need each other. I always tell my artists [on Gotee Records], ‘You know, this isn’t the Super Bowl. Not only one team wins. So, (the concertgoers) can leave this venue liking all of us, someone can leave their trip home, with the radio station playing all of us. It’s not if you like one, you can’t like the other’…’
‘…It’s been a season of reflection [during 2020]. The timing of everything—losing my son and then going into this season of being home a lot—it’s been really a gift to me. And I’m really grateful that I could be home with my family quite a bit and not gone as much, not in the studio as much, but just be present with my wife and my kids a lot more than I ever have in my life in my adult life. So, I’m grateful…’

It is in these quotes where I leave my ‘review’, the ‘comeback’ song from Toby, his first written after ’21 Years’. Indeed a milestone, this song (that just released last Friday) is Toby at his best. If you enjoy a lot of his music before, then you’ll definitely love this song. And even though he’s now considered one of the very veterans of the industry, we still don’t know how long he’s going to continue making music for. And maybe that’s ok. For artists like Michael W. Smith, Amy Grant and Steven Curtis Chapman are still going strong, still making music. And so maybe Toby can follow suit? Perhaps. Needless to say, Toby has crafted a career full of hope and enthusiasm, contemplation, and introspection, and has impacted a lot of people over the years, myself included. A song that has reminded me of help being on the way during the moments where we so desperately need it, well done Toby for this track, a meaningful one, and one that can remind us of the very hope we have in Christ, that help comes for the weary and downtrodden, and the seemingly all-together, alike.