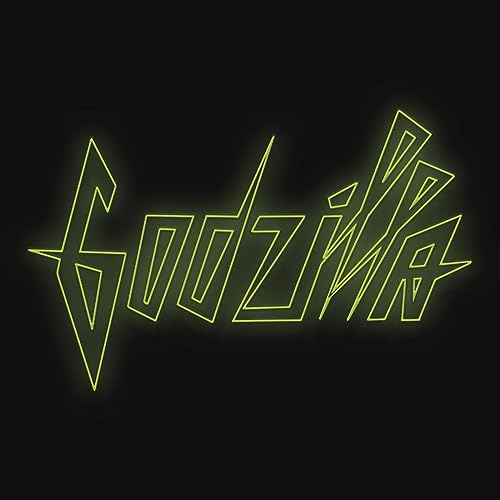 Sometimes I think about the type of music that I listen to, and whether listening to something different will bring me a different perspective that is equally as valid. Don’t get me wrong, I love Christian music and worship music, and I’ve been slowly but surely seeing the value in mainstream music. But as I’ve intentionally in my head concluded that this year is to be the year of me branching our even further into other types of music and seeing what God speaks to me and imparts to my life (don’t worry, I’ll never succumb to metal music!); I’ve often wondered if generally speaking, artists that I’ve never touched with a ten foot pole for whatever reason, are left untouched because they’re really terrible. Or are these artists, like Halsey, Billie Eilish, BTS, Twenty One Pilots, George Michael, Boy George, Rita Ora, Foo Fighters, The Killers, Miranda Lambert, Pussycat Dolls, Maroon 5, and Lady Gaga to name a few; in fact actually good and useful to society but have been shunned by myself for whatever reason I’ve believed since when I was younger, even if it was false? Now, I’m not saying that I’m abandoning my world views and am now embracing a lifestyle whereby I listen to whatever I want. No, that’s not what I’m saying at all. It’s just that I’m curious as to whether there is absolute truth and value amongst what I’ve been told is worth less.

And as this year I’ve embarked on listening to and reviewing artists I would not have listened to normally (like Julia Michaels, Bebe Rexha, Olivia Rodrigo, Justin Bieber, Ellie Goulding, Nick Jonas, and Dove Cameron to name a few), I’ve been inspired and blessed beyond what I could ever comprehend as God’s been showing me that He can speaks through even the most unlikeliest of sources, and that we need to shed our preconceptions of what inspiring music can sound like. And now as I’ve continued on that journey, Australian sibling rock duo The Veronicas have entered into the fray, and have hit hard (in a good way) with their music, and have inspired deeply and greatly. Jess and Lisa Origliasso have been around for a while- yet it is only this year that I became really acquainted with their music. The girls have released 2 albums this year (GODZILLA and Human) and while they’re not my favourite band… there’s something about these albums that have me hooked, and there’s something about their songs that tug at my heart. Am I a fan of theirs? Hard to say… but these albums are indeed worth multiple listens, let’s put it that way…

Essentially, [we both] make records quite old school. When we make a record we do a whole bunch of writing. We’ll write 70 to 100 songs and then from there, we’ll curate our favorite 14 that tell a story. We still make records like that today and when we were putting together this fourth album, we realized we had two very distinct themes and two very big stories to tell, and two perspectives that we’ve created from in the last couple of years. Godzilla is the larger-than-life alter-ego version of The Veronicas and Human was more about our vulnerable storytelling, behind the music and the big characters of The Veronicas. We had so much music and we were like, you know what, at this point, we’ve made our fans wait so long, let’s release two albums within a month. We just really wanted to solidify something great for our fans. This story, the duality really had to be told at this point in our careers.

I think [the take away message is] duality and that as human beings, we have the capacity to be the larger-than-life versions of ourselves. It doesn’t matter where you are in the world, it doesn’t about your beliefs, your skin color, your sexuality, your gender identity, we’re all human and we have all the ability to have this duality inside us, whatever that looks like. For us, we just want people to feel inspired and empowered by embracing all parts of themselves and loving themselves through the good and hard times.

Knowing hardly anything about The Veronicas (except for the single “If You Love Someone” from their self-titled album in 2014, which was heavily played on the radio during that time); I dived deep into their album GODZILLA first. I’ll leave Human for another review on another day; but let me say that I was pleasantly surprised at how the songs flowed and the lyrics and themes progressed on GODZILLA. You could tell that the girls put their heart and soul into this release, and I for one have thoroughly enjoyed this musical experience. The album opener and title track opens proceedings with intense passion and a bang, as Jess and Lisa ardently and fervently relay that they’re in love with someone who is abusive to them; and as this track seems to be a metaphor for life, we are encouraged to run away from destructive relationships, and seek something more beneficial and refreshing. With the girls channelling their inner Evanescence and Flyleaf vocally for this track, the song on the whole can be uncomfortable first up… but is needed as we examine the kinds of people we associate with.

“Kaleidoscope”, a part EDM part radio friendly ballad, takes the tempo down a bit, with Jess and Lisa earnestly praising their partner, relaying to us that ‘…in your eyes, I’m alright, not a flaw you’d want me to hide, in your mind, beautiful, even when I’m spinning out of control, you turn me ’round, inside out, all my colours shine ’cause you love me like a kaleid, kaleid, kaleid, kaleidoscope…’, as the song (which could be attributed to God’s love for us…) celebrates vulnerability and honesty as being strengths; while “In My Blood”, a highlight on the album, speaks about the intense feeling of being in love, comparing it to getting high. While there are many allusions and metaphors to religion on the song, probably to signifying just how much in love these girls are with their significant others; “In My Blood” musically is a pop song and is extremely fun to listen to and dance to as well- the girls have relayed that It’s that elated, euphoric feeling of love at first sight. I was going through something at the time I wanted to capture. Love and adrenaline are rushing through your blood. It’s like a chemical injection. You’ve instantly connected with someone. You’re knocked out by this person. “In It To Win It”, a cheerleader-y electronic themed song, speaks about being the best you can be, and having a mentality of success every time you try to achieve anything; while the 80’s dance themed “High Score” speaks about wanting to go back to simpler times when things weren’t as complicated and relationships (romantic or platonic) were simple- similar in theme to “Unbelievable” from Owl City.

“Stealing Cars”, a weird title, is actually a sweet, hopeful song, as Lisa and Jess fervently describe a love so pure and unending, that they want to actually even commit crimes with the other person- I don’t think the song is literal though in that sense! It doesn’t matter what they do, as long as the other person is there. That’s actually a vulnerable and honest sentiment, of how much you value the other person, and how much you see the other person as being more important than the needs of yourself; so much so that I reckon “Stealing Cars” is one of the most important songs on GODZILLA. “Supernatural Girl”, an ode presumably to Jess’ ex Ruby Rose, poses the honest question of ‘…where’d you come from? I don’t know why you make me feel like it’s the first time, where’d you come from? Supernatural girl…’, and is in awe of how loved they’re made to feel by their significant other (with the song serving as a reminder to always cherish your relationships with your loved ones so that we can ensure they don’t become pear-shaped!); while the dance/pop themed and keys led “101” is a break-up song, with the persona wanting their ex to come back to them so that they can be together until they’re 101 years old.

The haunting and mysterious piano led ballad “Catch Fire” is a beautifully recorded and sung track of devotion and love, with the duo relaying to a lover that ‘…if the world should fall, I’ll follow you, and if you catch fire, I’ll burn with you…’– a song that channels their inner Delta Goodrem vocally; while the angsty and heartbreaking “Silent”, features Travis Barker on guitars, and recounts a messy breakup- with the duo authoritatively asking their lover the earnest and demanding question of whether they were faithful- ‘…did you ever feel anything? ‘Cause my heart is black, but I still want you back…’. The topic of staying in an abusive relationship because it’s familiar is also implied here, and Lisa and Jess subtly encourage us all to get out of such relationships if we are indeed in the midst of them. The penultimate track on GODZILLA is the emotional and heartfelt piano ballad “The Only High”, which basically recounts the fact that the persona was chasing highs and temporary thrills when they were younger, but has now concluded that their partner is now ‘the only high’ they’ll ever need. It’s a sweet song of endearment; while GODZILLA ends with the hard-hitting “Sugar Daddy”- a lyrically questionable song of possession, whereby the persona falls for an older man. It’s a song of warning to us all not to actively look for unhealthy relationships- and if this song makes one person think and gets one person out of danger, then I guess it’s job well done for Lisa and Jess!

I’m gonna be completely honest with you, for Australian artists to compete with international artists on streaming with the way the Australian labels here are set up versus international, it’s virtually impossible. Because of that, it’s sad that Australian artists have a different time charting now. That being said, it has put more focus on the songs. For us, it always comes back to the fact that that we love the creation of music. It’s so different now, there can be artists with a top 5 single in America and not have ever played a show. When we started out, we had already played about 200 shows before we ever got signed.

An album cycle used to be a year, now you get 12 hours. It’s so fast-paced these days. Now we’re more focused on instant gratification instead of substance. That’s why you’re seeing kids who are literally imitating icons with a watered-down version doing better than the icons themselves. It’s pretty wild, but that’s the world we’re coming into. You’ve either got to embrace it or you get a bit bitter about it. In 10 years time, people will have to slow down. They’re nostalgic right now for what was and that’s why you’re seeing so much imitation, you’re not really seeing a lot of innovation, I’m going to be completely honest. Eventually, that’s going to come back around we’re hopefully going to see innovation in a big way.

Apart from a few tracks like “Sugar Daddy” and the ultra hard rock themed title track, The Veronicas have served up a solid, decent album, that has me slightly rethinking more and more my preconceptions of mainstream music. Don’t call me a fan of The Veronicas yet… but GODZILLA has plenty of heartfelt and inspiring messages within these songs- and no doubt when I revisit the album again, I’ll gain something more from it. So what are you waiting for? Jess and Lisa Origliasso are iconic legends in Australia, and these girls have delivered a moving and encouraging comeback album. Need I say more? Now… onto Human next, am I right?

3 songs to listen to: Kaleidoscope, In It To Win It, Catch Fire