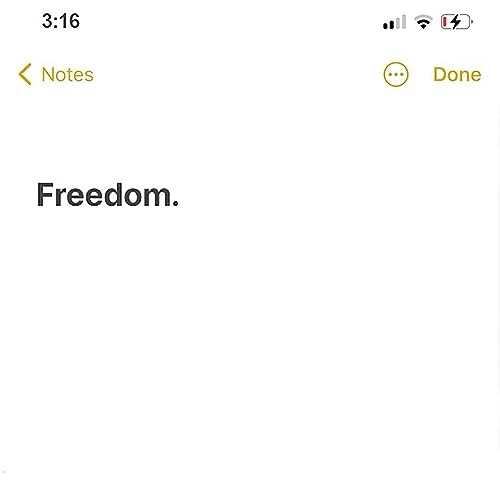 Everybody knows who Justin Bieber is. If you don’t… well I’d say get yourself educated, look him up on Wikipedia, listen to his discography (or at least “Baby”!) and then come back to read this. Because I feel like it’s a moot point to discuss the origins of an already popular superstar. With Justin having tons of singles and awards, and with him being maybe one of the most popular and respected pop stars in the music industry at the moment; it stands to reason that anything Justin releases- be it inspiring, hopeful, encouraging, controversial or just plain silly… is going to be recognised by the public and the industry, as something that holds some form of value. As for all of his fans (of which I am not one by any means!), well they probably would just love every song or every album that Justin puts out at this point. Which brings me to this particular release that I felt I could not ignore any longer.

Freedom is a gospel/worship EP, with Justin overtly displaying his Christian faith on this release, which dropped on Easter Sunday, a couple of weeks after his sixth album Justice. I myself wasn’t, and still am not, that much of a fan of Justin’s earlier work- in fact I had a presumption about Justin which was that the music he makes was just pure pop with not much substance, and hence I never sought out his music. Yet this new EP is revolutionary and needs to be heard. Firstly, because Justin is such a respected and an established person in the mainstream music community- I feel as if the very act of him releasing a Christian EP like this, is going to invoke curiosity within the broader community who may not know Jesus yet- and hence Justin is witnessing about Jesus to people that way. But more than that, Freedom creates a statement that Justin isn’t one to rest on his laurels, and that he is willing to sing about Jesus and sing about what he truly believes in, no matter if these songs succeed sales-wise or not. The result is an EP that is sure to confront and comfort, as well as challenge and inspire. If you’re not a Justin Bieber fan, still pick up this EP, because Freedom will remind you that Christians in the music industry and Christians in Hollywood isn’t as farfetched as you my think, and is a refreshing thought as it means that God is working more than you might envision.

The title track opens proceedings, with the laid back, breezy melody featuring BEAM on guest vocals, as well as a vivid account of salvation, as Justin references the devil being a liar, us already being forgiven, Jesus being the Messiah, and that ‘…everythin’ you did, He erased that, yeah, He took it all and threw it in the wasteland…’. I wasn’t that connected with BEAM’s verse… but as far as an opener goes that sets down the stage for the rest of the EP, this was a solid track that outlines the heart of Jesus and the point of Christianity. “All She Wrote” a full on rap song that would definitely fit at home on a Lecrae or NF album; has Justin earnestly and profoundly relaying to us that we need Jesus, that ‘…this ain’t a simulation, it’s a blessing, is it a mistake or is it destined? We ain’t got no time for second guessin’, we can’t save ourselves, we need a savior, we ain’t make ourselves, we need a maker, I keep failin’ myself, I need somethin’ new, so I lay my life down, I give it all to You…’; and asks the question of does this life have meaning or ‘is that all she wrote’ (a metaphor for is this life finished). Whereas personal testimony “We’re In This Together”, which isn’t my favourite track, but still is lyrically sound, is very much needed as well, with Justin directly singing about the cross, that ‘…He’s the reason that I’m still standin’, and even in a pandemic, God is still plannin’, plannin’ peace, plannin’ joy, plan another day, gave His life upon the cross to wash our sins away…’.

“Where You Go I Follow”, a straight up worship song with Chandler Moore, rapper Pink Sweat$ and a spoken word piece by Judah Smith, impresses me greatly and is an EP highlight, as Justin eloquently highlights the fact that ‘…on the third day, yeah, You rose up, and You beat death once and for all…there’s nobody like You, there’s nobody like You, Jesus…’; while the emotional, prayerful and piano led ballad “Where Do I Fit In”, with Tori Kelly, Chandler Moore, and also a spoken word piece by Judah Smith, reassures us and lets us know that Jesus is with us and forever by our side no matter if we feel otherwise, that ‘…You’re holding me tight, and You love me completely, You’re always by my side, and You say to me, it’ll be alright…’. Freedom them ends with the hard-hitting, emotional and relevant “Afraid To Say”, with Justin diving deep into cancel culture, us receiving grace for our mistakes, and the fact that God never writes us off no matter what we’ve done. It’s a fitting ending to an album that will be criticised by fans of Justin’s mainstream work. But the truth of the matter is that Justin is a believer in God, and he wants everyone to know God’s love and grace for themselves. This EP is a way where people who haven’t been exposed to the church can hear the message of the gospel and of the cross and the resurrection. For this reason, I congratulate Justin for this surprise yet inspiring EP!

I’m still not that much of a fan of Justin’s music. This EP though has exceeded every expectation I had and then some more. And that’s ok to be living in the tension of these two statements. You can like an album while not fully resonating with the artist. And vice versa as well. And thus as I now ruminate and think about maybe listening to Justin Bieber’s earlier work (just to see how far he has grown!)… let me say that Freedom is a must for you all to listen to. For you to grow in your faith, and for your to hear the love of Jesus and the promises of His word being sung over you! One of the most heartfelt and thought-provoking projects of the year; I’ll leave you with Youtuber Ruslan’s thoughts about Justin, as he has said it better than I could ever. Is this EP revolutionary? Will more and more artists reveal themselves to be Christian and release a worship themed album? It might be… and Justin should be commended for starting… something! Something good and something special!

3 songs to listen to: All She Wrote, Where You Go I Follow, Where Do I Fit In