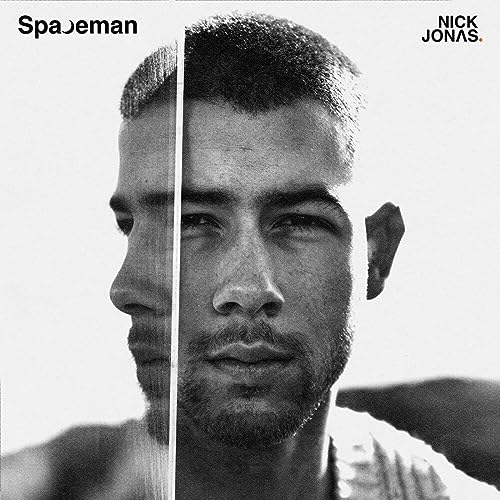 In case you haven’t known by now, my preferred genre of music that I have always set above any other kind of music is Christian music. Christian pop, Christian rock, praise and worship… it’s what I have grown up with and it’s what keeps me grounded and secure in my faith in Jesus. Recently though, I’ve been diving deeper into other genres and God has spoken to me evidently in a plethora of other albums decidedly not overtly grounded in Jesus. Country music, for one, has resonated with me more than I think I would’ve envisioned, or even cared to admit (considering how I don’t live in America, and don’t relate to many of the ‘country cliches’ in some songs); yet this past year of 2021 has me actively wanting to step out further in my listening habits… knowing that God is speaking and that I could gain some different perspectives of the world we live in. which brings me to Nick Jonas’ Spaceman which released this past week.

To tell you the truth, I’m not that much of a fan of Nick Jonas, nor his band Jonas Brothers. They seemed to pop for me, and they seemed very, very cheesy. They were your typical ‘sibling teenage heartthrob boy band who were raised by pastors, when ventured out into the world for a mainstream career’- it was something that I didn’t want to listen to, because it had nothing to do with Jesus. But as it was kind of my unofficial New Year’s resolution of sorts to listen to albums I wouldn’t normally listen to and to be stretched in my understanding of what a good song is… I bit the bullet this past week and decided to listen to this somewhat musically busy yet equally haunting and thought-provoking album. Yes, I can say that now I am appreciating Spaceman for what it is. A solid pop album with plenty of lessons to be learned and plenty of relevant and relatable topics as well. Truth be told, I’m not that much of a fan of Nick Jonas even now… but I can see why someone would be. Wearing his heart on his sleeve, Spaceman is an unexpectedly good album, and reminds us that we need people, and we need connection now more than ever.

The basis and main lyrical theme of the album is the fact that human relationships are the most important thing in this life. Album opener “Don’t Give Up On Us” is an EDM pop number, which basically relays that being apart from the one you love sucks, yet we should always hold out hope and believe that the relationship will survive if it’s meant to be. Inspired by the distance between Nick and wife Priyanka throughout the past year (because of COVID-19 and the fact that they were both busy in various projects and commitments!); “Don’t Give Up On Us” is a eloquent challenge for us to always stay in contact with those around us who we value, lest we fall out of contact and miss out on something beautiful and something wonderful and something uplifting and inspiring. “Heights”, a breezy, ethereal pop tune, follows, and recounts a couple in the midst of a communication breakdown; while Nick relays that for two people to work on a relationship, that it needs the effort of both parties, that they need to commit to the other person and be willing to talk out issues, even if it takes them to places they are afraid about.

The rest of Spaceman on the surface is bubblegum pop but is really lyrical treasures if you dig deeper enough. The title track presumably delves into topics of depression, anxiety and isolation, given that Nick tells us that the persona feels like a spaceman sometimes, like he’s all alone with no one understanding him- and this sentiment is probably what we all are going through on some level because of COVID-19; while Nick subtly dives deep into the ever-prevalent issue of alcoholism in “2Drunk”, highlighting that just because fleeting moments of happiness can feel good, doesn’t mean that they’re long lasting, and doesn’t mean that they’re not detrimental to yourself and the people around you. 80’s themed saxophone led “Delicious”, speaks about Nick’s love for Priyanka, in no uncertain explicit terms- but still is a song that we can all strive to, as a possible manifestation of how we love our spouse or future spouses one day; while lead single “This Is Heaven” uses religious imagery to vividly describe the love Nick has for Priyanka, and reminds us all that the love we have for our own significant other is a love that should be treasured and valued about all other loves- as we would all love our love with our spouse or girl/boyfriend to be ‘heaven’ and special beyond comparison, right?

Cringe-worthy and somewhat uncomfortable “Sexual” is oddly titled, and is a low point on the album, as Nick details about his physical relationship with his wife- which does not need to be outlined in this explicit way; but this track does remind us that the physical aspect of a relationship is important, but it’s also not the only facet to a relationship. While album highlight “Deeper Love”, musically inspired by Foreigner’s “I Want To Know What Love Is”, has Nick earnestly relaying to us that he longs to have a deeper love for the rets of his days- laying down the gauntlet for Priyanka to continue to cherish him and respect him for the rest of his days, as ‘…I want a deeper love, yeah, I wanna know what it be like, to know what I’m believing, I wanna find it in your eyes…’. The inner romantics in all of us (and trust me, each one of us does have a guilty pleasure love song or romantic comedy movie that we all wont’ admit that we love to listen to and watch!) are sure to enjoy “If I Fall”, the keys led 80’s inspired track whereby Nick declares that his love for Priyanka will be the last time he falls in love ‘…’til I fall again forever, ’til I find you, and remember, never fall for someone new, mmm, and if time and space are endless, you and I will never end this, every life, I’m living with you…’; while even death won’t be enough for Nick to stop loving his wife, as detailed heavily in the semi-rap song “Death To Us Part”. Spaceman then ends with probably the most poppy song on the album, with “Nervous” rounding out the slew of love songs- as Nick proclaims that his love for his wife, and his wife’s love for him, will always make him nervous… presumably in a good way and a ‘I can’t believe we’re together and I’m grateful’ kind of way.

With Nick also unveiling a deluxe edition of Spaceman, together with a few stripped-down versions of some songs (inclusive of first single “This Is Heaven”), as well as a new Jonas Brothers track “Selfish” (whereby the brothers detail their immense and unending love for their spouses, and that they want to be selfish in showering their love wholeheartedly to their wives!) and the danceable EDM “Dangerous”, whereby Nick relays that loving his wife is dangerous and risky, but worth the risk in the end, as with her love he is satisfied and fulfilled; this album at the core is a song about relationships and the highs of a romantic relationship. For us single people, it could seem like Nick Jonas’ Spaceman isn’t for us. However taking these songs and declaring them over our lives as something that God could orchestrate into action someday- for us to have a love like that with our future spouses that will never fade away- that I reckon is the way to go. Can we love an album if we can’t fully relate to it yet? I reckon we can… as that is exactly how I feel with Spaceman. And Priyanka should be proud of her husband for writing an album essentially about her and the way she makes him feel. In these songs it’s hard not to root for the couple- and here’s hoping that we all have a love like that someday. And as God is putting the steps in motion, and reminding us all that he will make a way for us in relationships and in life in general, even when there seems to be no way; let us sit back and marvel at the ingenuity of Nick Jonas– creating an accessible pop album that is enjoyable to listen to. Am I a fan of the band and of Nick Jonas the singer? Or even Nick Jonas the singer and actor? After this album… sort of? I might backtrack through his discography; but for each of you I’d say listen to Spaceman. It’s a solid album about what earthly love should be like. And as we remember that God’s love for us is infinitely better, but in the same way, as we’re made in his image… let us long for Jesus’ love for us in an infinite way as well. Well done Nick, you’ve created an underrated gem, and a thought-provoking guidebook and manual on how to love in this world. How about a full-length Christmas album next?

I think one of the cool things stepping into that last chapter with the brothers is we really did establish and believed it was the first time that we could coexist. Solo projects, Joe with DNCE, Kevin—obviously, there’s many different things that he’s got going on, and family—they all serve the greater good of the Jonas family.

Peter Gabriel, Phil Collins, The 1975, and even The Weeknd, it’s all over the map in that sense, but it is consistent with those synth ’80s pop drums and the melodies. I feel like on this one I was really able to explore just what felt completely authentic to me in the moment.

I’ve always admired artists who take big swings and who commit to the idea for an era for the album. Bowie, obviously, rest in peace, did it so well and was so inspiring… without ever doing something that feels inauthentic, when it serves the bigger idea.

I think that every lesson I’ve learned has led me to this album and this moment in time, and I hope that this season of my life teaches me my next lesson so I can take that onto the next project. You just do your best to push yourself, and I think there’s some freedom in knowing too that the brothers and this thing can coexist, and they’ll help each other. If there’s one big overarching lesson, it’s that I’m not necessarily defined by any one thing in my life.

3 songs to listen to: Spaceman, Deeper Love, If I Fall