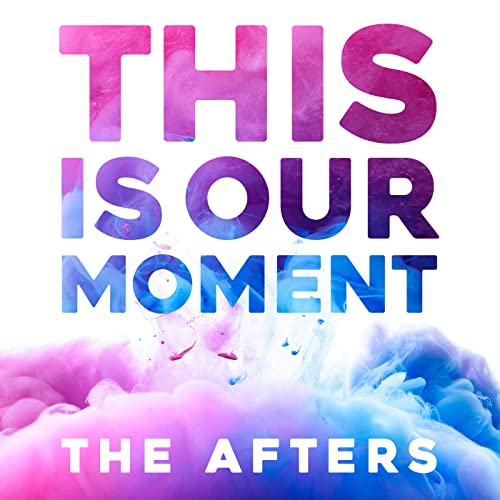 The Afters– This Is Our Moment (Single) (Amazon mp3/iTunes)

Founded by Josh Havens and Matt Fuqua, pop/rock and CCM band The Afters, originating from Dallas, Texas; have had a pretty remarkable and unbelievable ride over the past few years. On the heels of their highly successful, critically acclaimed and widely popular 2013 album Life Is Beautiful featuring smash hits like “Every Good Thing”, “Broken Hallelujah”, the title track and “What We’re Here For”; the band more than took their time with the 3 and a half year wait until their next offering Live On Forever. One would say that the hiatus was excruciating, yet for the band, it seems like the hiatus was just what they needed- with plenty of melodies on this 10-track album designed to inspire and motivate, encouraging believers and non-believers alike to keep fighting the good fight, and keep going on, because God has our back. Reinvigorated with a renewed sense of passion and purpose, there seemed to be no limit at where The Afters will skyrocket too, after what I believe was the release of their career defining album, at least lyrically and thematically. The group also released Fear No More in 2019, and after probably their most CCM album to date, as well as a so-so live album that didn’t inspire me that much; these guys are back. In January, the group unveiled “Say Goodbye (Say Hello)” (and I have a lot of thoughts about this song!), and now these guys are back with their second single from their unnamed new studio album, releasing later on this year, or next year. This song is called “This Is Moment”, and like the previous song which I heavily criticised… boy, can I say that this song needs much more criticism?

I’m a big fan of The Afters. Songs like “Light Up The Sky”, “Live On Forever”, “Beautiful Love”, “Ocean Wide”, “Never Going Back To OK”, “Broken Hallelujah”, “Lift Me Up”, “Sunrise”, “Runaway”, “Moments Like This”, “This Life”, “Life Is Beautiful”, “Well Done”, “Fear No More”, “Battles”, “Wake Up My Heart” and “Eyes Of A Believer” are all resonating and impacting. Which makes this latest track, like “Say Goodbye (Say Hello)”, all the more strange and weird. I previously stated that “Say Goodbye (Say Hello)” is a pop song, and apart from the references to God and ‘the enemy’, there’s hardly anything in here musically and lyrically, as well as creatively, that is redeeming. Can I also say that “This Is Our Moment”- another pop song (but this time with an arena/stadium feel/atmosphere!), makes “Say Goodbye” seem like a winner? That’s not saying much for both songs… but I would like to say sorry guys. Both songs do not appeal to me at all- and “This Is Our Moment” doesn’t even sound like something that can be distinctively called ‘CCM’!

I know, I know. CCM shouldn’t even be a genre of music. Maybe The Afters are trying to go into the mainstream. Maybe this song is for a soundtrack of a movie. Maybe it was… I don’t know. Regardless, The Afters have delivered a powerful mainstream song. But bands like Imagine Dragons, OneRepublic, U2, Coldplay, even artists like Ed Sheeran or Robbie Williams- if they can record the song and the melody sound like it fits… well, is this worrying? Shouldn’t Christians be set apart in what they sing about. I know, I know, CCM music is meant to cater to the soccer mums and the stay-at-home parents, and as such it’s family-friendly and mostly doesn’t address the messy parts of faith (or any part of faith where you dive deeper into Jesus- because that’s ‘worship’ music!)… and thus, everything is wrapped up in a bow because American Christians want their CCM songs homogenised and sanitised and separate from the world. However, The Afters seem to, on this song especially, throw together a bunch of cliché lines and expect them to stick. At least with the rest of the songs on their career, there seemed to be effort and genuine trying to inspire people to walk the Christian life, even if it was slightly cliché. On this song, though the band is still well-meaning, I didn’t feel like the song was even trying to speak about Christianity in general. Even if Jesus wasn’t the focus, could this song be speaking about the real issues of life like “Broken Hallelujah”. When Josh Havens sings out ‘…this is what dreams are made of (dreams are made of), I just wanna take it all in right now, this is our, this is our moment, under the bright lights, this is our, this is our moment, our once in a lifetime, making history together, we’ll remember this forever, this is our, this is our moment, and we’ve been waiting our whole lives (whoa), we’ve been waiting our whole lives…we’re just getting started, just getting started, and the world is ours, we’re just getting started, just getting started, and it feels so right…’; I have to groan and call the track generic and cringy. What is the song actually about? This is our moment for what? To share the gospel hopefully. If there was this distinction there… about loving people where they’re at and about spreading the gospel to everyone they meet; then maybe there could be some redeeming quality to the song. As it stands, there’s nothing there. This is a nothing song. Perhaps the group wanted the melody to be like Matthew West’s “Do Something”, sort of like, let’s seize the day and live each moment like our last. If so, then great. But it’s not executed well at all, and I’m inclined to think that this is another ‘generic’ pop song that anyone could sing, that speaks about ‘throwing your hands up in the air’- a track where people take their mobile phones out at concerts and hold them up high for… what reason again? Just because they have a feeling at a concert that gives them a high? Even “We Are The People” from U2’s Bono and The Edge has more meaning than this!

After a more than 3 year wait between albums, “Say Goodbye (Say Hello)” isn’t a good look. Can I also go further and say that “This Is Our Moment” is an even worse look? I will still follow The Afters and their songs; and I still will anticipate their upcoming album. If you’re a fan of CCM, I hope you give these guys more of a chance and look past this song and the previous one, because I do hope it is a blip on the radar of a brilliant career thus far. Yet if I want to be inspired by The Afters, then the trio of albums of Light Up The Sky, Life Is Beautiful and Live On Forever is Josh and co. at their best. And so even if you’re not a fan of the group and this new direction (here’s hoping more of their 2022 songs, and their 2023 songs, recapture that old spark that makes these guys unique and inspiring!); check out this song and let me know what you think! Too cliché? Let me know. And remember though- one song doesn’t make a bad career, and here’s hoping that The Afters can rebound swiftly. They’re too good to fade away!