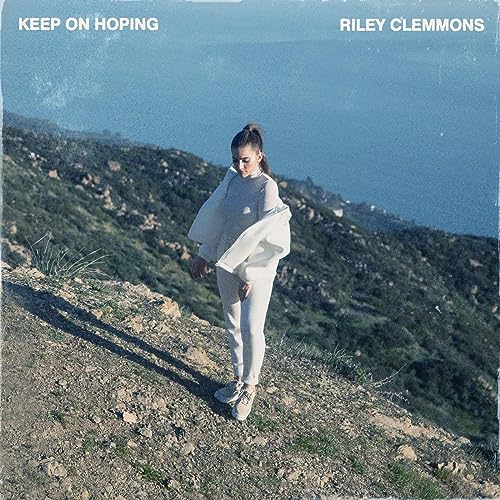 After such a whirlwind music career ever since she debuted her self-titled album in 2018, featuring standout songs like ‘Broken Prayers’, ‘Hold On’, ‘Broke’ and ‘Better For It’, to name a few; Riley Clemmons has been giving to us, hit after hit after hit. In 2019, Riley unveiled the chart-topping single ‘Fighting For Me’ alongside the up-and-coming emotive and poignant song ‘Free’ later on during the year. She also gave to us a Christmas EP that was released late 2019, that featured songs like ‘Last Christmas’, ‘Have Yourself a Merry Little Christmas’ and ‘Silent Night’, to name a few. 2020 came, and with the unfortunate and devastating COVID-19, Riley unveiled ‘Over and Over’, a crossover hit, that she recorded initially by herself, and then once again with country up-and-comer Lauren Alaina– both of them were reviewed on this site here and here. The song itself has been a great blessing for myself throughout 2020; and was a song that I often turned to for inspiration. The song could’ve done well at country radio if it was promoted that way, and thus, ‘Over And Over’ was a lost opportunity for country radio. Now in 2021, and upon the backs of Riley’s powerful and compelling single ‘Healing’, we see another song come to light, maybe just maybe, all these songs are from Riley’s new album coming…TBA. Till such a time, we can sit back and enjoy Riley’s newest song- ‘Keep on Hoping’.

With the song bearing a more overt Christian message than a lot of her songs in the past, ‘Keep on Hoping’ is a great and timely song to be unveiled, especially in 2021, when things aren’t as much better than 2020. To hope is to place your trust and faith into something unseen, something undetermined, but still praying that whatever possible outcome that occurs, will still move us all as a people towards a better tomorrow, in a way that we all can reflect within ourselves about what our own roles are in the society that we are in. ‘Keep on Hoping’ encourages us to never give up hope, hope in God, in ourselves, in the people around us, to never lose sight of what we are fighting for, especially during moments of uncertainty and trials. This is a song that can possibly become as big as ‘Broken Prayers’…I can smell it! Riley’s song has come at just the right time in this tumultuous year, and after such a downer of 2020, such a song as this, can hopefully (no pun intended) lift our spirits and allow us to hope again once more, to place our trust and faith into something bigger than ourselves, and to relinquish the control on our situations, and rest in that the God who created us, will ultimately use whatever circumstance in life, good or bad, to impact and challenge our very beings, and to make us into the better people He is shaping us to become. Well done Riley for such a song as this, ‘Keep on Hoping’ is certain to become one of my favourite songs of 2021, at years end (at this point during the year, it could change a few months down the line!).

‘…I knew that I wanted to write a song about hope; specifically, the hope that comes from God and what He promises. I wanted to write it as a reminder that there’s a reason to keep on looking up, to keep heart, to keep on singing even in the hard days. There’s a promise that God has got you. And I believe that’s true…’