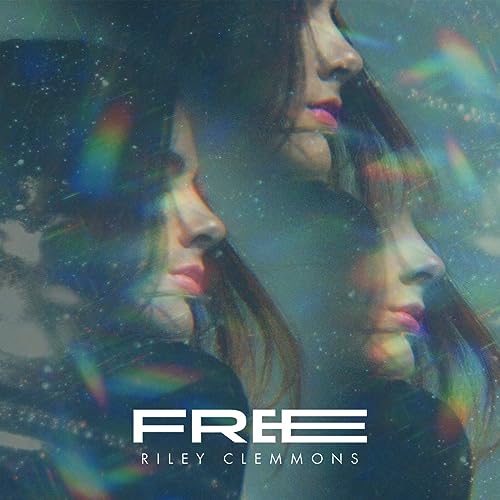 Bursting on the scene when she was just 18 years old, Riley Clemmons wowed us all with her duet with Social Club Misfits called “Misfit Anthem”, then her debut solo single “Broken Prayers” via Capitol Christian Music Group, and also her self-titled debut album in August last year. And from these impacting and compelling melodies, there’s absolutely no doubt that Riley has an extremely bright future ahead of her, as she steps into the doors God has opened for her. Relatively new in the CCM industry; I think the first time I heard her voice on the radio (or internet or wherever you can hear music these days), was with Fern and Marty from Social Club on “Misfit Anthem” early in 2017. Since then, Riley’s music has been a revelation- and you can read my brother’s review of Riley Clemmons here; but now the time has come for brand new music. Riley debuted her latest single “Fighting For Me” a few months ago (and you can read that review here!); but now it’s time to hear “Free”!

While one could say that “Fighting For Me” is an emotional piano led mid-tempo ballad led by stirring keys and Riley’s heartfelt, honest, and vulnerable emotion just oozing out of this pop melody; “Free” is musically the opposite, while still containing Riley’s passion and bubbly personality. One of the most boppiest tracks I’ve heard all year, “Free” may lack innovation as a song title, but lyrically is a gem, as Riley relays to us that Jesus has set us free from sin because of the cross and the grave, and we need to start living as if we believe this eternal truth. As Riley fervently reiterates that our fears, doubts and insecurities were never meant to be shouldered as a burden, but rather released to Jesus so that we can live life in freedom; we are delivered a song that is destined to be on radio and for Riley to be recognised across all homes everywhere in the nation and overseas. Uplifting and certain to bring a smile to your face when we hear this gem of a track, “Free” encourages, and lets us know that ‘…I’m not gonna let the past keep holding me, no matter what tomorrow brings, I’m never going back again, I’m only looking up ahead…’.

With Riley Clemmons also having released powerful and impacting music videos for quite a number of her singles; I believe that the only way to go for Riley is up and up. Hopefully Riley Clemmons will be the next name on everyone’s lips in maybe both Christian and mainstream markets very soon…and perhaps she will be influential in 5-10 years time! What more can I say? That Riley’s soothing and captivating voice makes me want to listen to her debut project over and over until her second album sometime this year or next year? Because it does! So check out this brand new single pronto! Well done Riley, can’t wait for more and more new music!