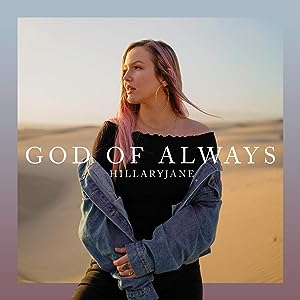 It’s been a whirlwind 4-5 years for hip-hop/rap/pop artist HillaryJane. From releasing her chart-topping and well-received EP Stix and Stones way back in July 2014 (that birthed the prominent and poignant songs ‘Chimneys’, ‘Stix and Stones’ and ‘Wild Side’), to becoming a Youtube vlogger and regularly posting videos about various topics, alongside being a married woman, as well as owning her own home with her husband; there’s been a lot that has happened in Hillary’s life thus far. And while I’m sure Hillary has wanted to release new music for a while (but probably couldn’t because of legal reasons or such), that all changed in 2018, with the release of her ‘comeback’ single ‘replay’. Since becoming a force on social media of late, fans of her previous music have followed her presence on platforms like facebook and twitter, as well as following her presence on Youtube as well, as she speaks on topics like Christians and suicide, blame shifting, overcoming insecurities, micro-cheating, as well as why she’s getting baptised…again. With a wide variety of topics and things to explore on her youtube page, Hillary is certainly busy, and now with the release of songs like ‘replay’, ‘L.O.V.E.’, ‘With Me Now’ and ‘DejaVu’ over the last few months; Hillary doesn’t appear like she’s slowing down anytime soon. With her presence in the hip-hop/pop industry being very much welcomed by myself, when we know that this hip-hop/rap/pop industry is certainly dominated by males (think Lecrae, NF, Flame, Derek Minor, This’l, Tedashii, KB, Andy Mineo, Steven Malcolm, TobyMac, Trip Lee…you get the picture), HillaryJane and her music is certain to create a fair amount of buzz and anticipation. That’s how it has been these last four releases. Now here we are sitting in 2019. She’s signed a record deal with DREAM Records. And now released her first label-debut in ‘God of Always’.

‘…“God Of Always” is a deep but also really fun song. This is an honest look into my personal mind, and I think this is the mind of every Believer. We can feel tangled up and we start to feel anxious when we’re supposed to have joy. Or choose sinful thoughts and desires when we should choose holiness. There is that war within us. There have been times in my life where I was afraid to reach out to God and say, “I need you” because I felt like maybe he’s not there, maybe he doesn’t care, or maybe he isn’t listening? But that obviously isn’t the case whenever we look at Scripture. Scripture reassures us in Romans 8:1 that, “there is now no condemnation for those who are in Christ Jesus.” This means if you are a Child of God, He now and always will look at you with the righteousness of Jesus Christ. That’s what salvation is. We were not righteous before God, but Jesus gives us his righteousness, and now whenever God looks at us, we can have fellowship with him! We have a relationship with him. And nothing is going to make that go away. ‘God of Always’, at the apex of the song, in the chorus, is really just about celebrating the realization and promise that God is the God of always. He is never going to leave us. He’s going to be there for us every day. We don’t need to be afraid that God is going to turn his back on us. We are in his hand, and as Scripture says, nothing is going to pluck us out. I hope that whenever you listen to this song you just feel free, you realize the promise of Scripture and believe it, and walk in it feeling confident in The Lord. I Pray it makes you feel joyful and want to live for the Lord and love God!…’

With this quote taken from a behind the song video on YouTube, HillaryJane unveils ‘God of Always’, a song that has basically been explained in the above quote. Though only standing at a little over 3 minutes,  the message the song sends is as timely as ever, as we’re reminded that God never changes, that He is the God of the always as well as the now and the yesterday. regardless of how bad we are, or even regardless of how bad we believe He is in the first place. ‘God of Always’ challenges us to lay down our pre-conceptions and believe in the understanding that God has always been there, even and especially during the moments where we couldn’t see Him. Sort of like the ‘footprints in the sand’ story. A reminder, timely enough, that no matter how far we may wander from God’s grace, He will always keep pursuing us. And that is just a wonderful thought. With the song being the first one from her new label home of Dream Records, HillaryJane has made a good impression with this track, being serviced to radio this week.

And that is that- ‘God of Always’. A song that will get as much or even more, than ‘replay’, purely on the fact that ‘replay’, though it was indeed the comeback single from Hillary after a 4 year absence, wasn’t attached to a label, whereas ‘God of Always’ is (DREAM Records). Regardless of the disturbing correlation between labels and single radio sales, Hillary’s new song is catchy enough for it to be heard at least once straight through. For such a theme about God being present in our lives, is one that has been recorded times before. Nevertheless, an idea that He will never forsake us or leave us during our time of need is something that we as listeners of music and followers of Christ at times need to hear it all the more, often in song. And this new one by Hillary is just another one added to the list. And so, if this new song Hillary has released, alongside her few she released in 2018, is any indication about how forthcoming songs will be, then this new project under DREAM Records by Hillary is sure to be her best yet. Infusing together hip hop, rap and pop together, and infusing them very seamlessly and uniquely; we are met with an artist very underrated as this new song via DREAM Records from Hillary is fast becoming one of my favourite songs of 2019 thus far. Well done Hillary for this track, can’t wait for the new songs, whenever they arise!