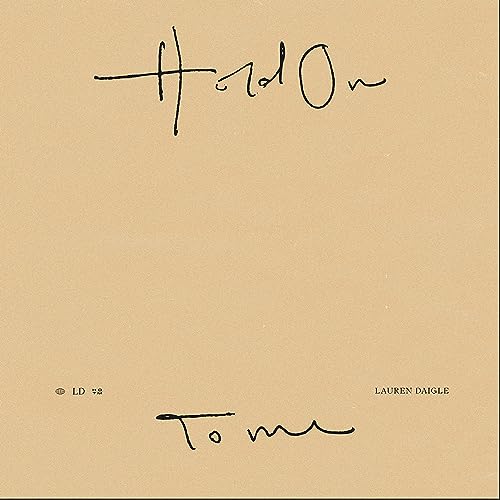 Everyone knows Lauren Daigle, right? No seriously, that is a legitimate question. After her viral song ‘You Say’ shattered expectations and became the first chart-topping song to occur on the Pop charts as well as the Christian charts simultaneously, Lauren suddenly became a household name. She was in fact a rising star within CCM for quite some time- her 2015 album How Can It Be earned her a New Artist of the Year award at the Dove Awards, while her song ‘How Can It Be’ has been one of my own favourite worship songs over the last 2010s decade. And so for her fame and stardom to rise exponentially after her release of ‘You Say’ is nothing short of impactful, marvelous, and maybe, just maybe, God ordained. We see her influence within the confines of CCM, become a little more enveloping to now encompass impact amongst people who may not listen to CCM but listen to mainstream music instead. Her Adele-like voice has only provided her with advantageous moments and times and scenarios where that comparison has worked in her favour. Many I’m sure have started listening to her out of curiosity of the vocal similarity between Lauren and Adele, and I’m sure they’ve stayed, because of the lyrics and the music of Lauren, and how her songs have touched people around the world in a deep, compelling, and empathetic way. And so for her to release her long-awaited single ‘Hold On to Me’, in February 2021, we see a lot of fans of Lauren’s music (myself included), become at least intrigued about the song. Can it be as impactful and powerful as ‘You Say’? Does it? Maybe, maybe not, but what I will say is this- Lauren’s ability to unite both people groups (lovers of CCM, and people who haven’t listened to Christian music in their entire life) is something that only a handful of bands/individual artists can do; and do it well. Artists like Switchfoot, Skillet, needtobreathe, Amy Grant, even Lecrae, NF and for KING AND COUNTRY, have all had success in both CCM and mainstream at one point or another in their careers. Lauren Daigle is also added to this list, and with songs like ‘You Say’, and a strikingly similar voice to that of Adele, then surely these two facts alone should be reason enough to check out ‘Hold Onto Me’, right?

‘…we wrote it for such a different time period and then 2020 hit and it’s like- Whoa! Those lyrics just came to life in such a different way. I think living with a song for a while, it’s almost like time gets its 33 percent. As if time comes in and says, ‘I’m actually a songwriter on this as well.’ It’s kind of this external writer that really comes and ties the bow around the present. It creates wonder in the middle of the song. The thing I love most about this song is that it lends itself to someone who is feeling incredibly vulnerable, someone who is feeling insecure, or uncertain. There are times we may need a reminder of who we are and that we are worthy of having joy in our lives. In moments where the future may look uncertain and unknown, this is a song of hope that any person can cling to…’

Let me just say that structurally, and thematically, the song is good. It’s about asking and longing for someone to hold onto you when you’re going through the difficulties in your life. It doesn’t mention Jesus or God, just the proverbial ‘you’, and so people from different walks of life can take the song as they will, and so on that regard, ‘Hold Onto Me’ has a wider universal appeal. But for anyone who is itching for a return to Lauren’s worshipful roots with this song, then…I guess find another song to listen to, because rightly or wrongly (whichever opinion you hold as to whether it’s good or bad that Lauren’s ascension into fame and stardom in the mainstream is even happening in the first place), ‘Hold Onto Me’ shows us none of the worship undertones that How Can It Be did in 2015. And maybe that’s ok. Maybe I’m ok with that. My only biggest gripe and takeaway from this song, is that it was too short. Just a tad under 3 minutes, I felt like there was a bit of a climax there in the song towards the end, and then it abruptly stopped. Nothing against the song in general, but the length of it, and how I felt like it should’ve been a minute or so longer, may impact my repeat value of the song in general. Nevertheless, this is a track that continues Lauren’s progression from just being a CCM singer-songwriter, to being an artist that has influence in both camps. And that’s ok. As long as Christ is preached, and people think of things like God, life after death, and the rest of it, when hearing her music, then bring on her impact in both CCM and mainstream, I say. ‘Hold Onto Me’ may not be as powerful or even as compelling as ‘You Say’ (and maybe that’s the point!), but this song has carved out its own identity instead of just piggybacking on a song that can be argued as Lauren’s crowning achievement in her music career thus far. Maybe a new version of ‘Hold Onto Me’ with an extended outro can be unveiled to us at a later date? Well done Lauren for this track. Looking forward to the forthcoming album, whenever that releases in the future.