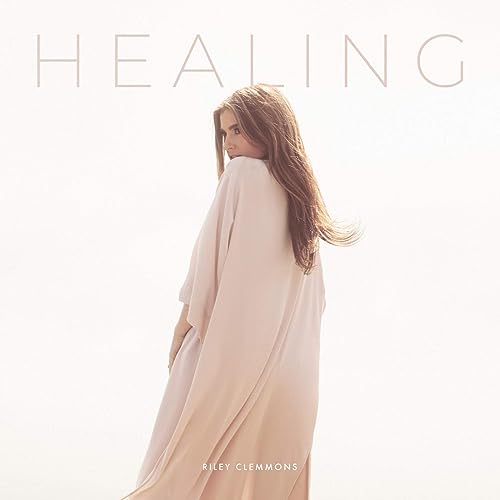 Bursting on the scene when she was just 18 years old, Riley Clemmons wowed us all with her duet with Social Club Misfits called “Misfit Anthem”, then her debut solo single “Broken Prayers” via Capitol Christian Music Group, and also her self-titled debut album in August 2018. And from these impacting and compelling melodies, there’s absolutely no doubt that Riley has an extremely bright future ahead of her, as she steps into the doors God has opened for her. Still relatively new in the CCM industry; I think the first time I heard her voice on the radio (or internet or wherever you can hear music these days), was with Fern and Marty from Social Club on “Misfit Anthem” early in 2017. Since then, Riley’s music has been a revelation- and you can read my brother’s review of Riley Clemmons here; but now the time has come for brand new music. Since Riley’s debut album, she has unveiled the singles “Fighting For Me”, “Free” and “Over And Over” (you can read those reviews here, here and here!); but now Riley has dropped a heartfelt and inspirational brand new song. “Healing” released to stores a few days ago- and boy is it explosive, comforting, and dare I say it- healing!

Presumably trying her hand at mainstream music- this 3 minute pop song and melody fit for radio is sure to make airwaves and charter crossover success on mainstream radio like how Lauren Daigle did with “You Say”. With “Healing” produced by cinematic producer and maestro Tommee Profitt, Riley has delivered a near-flawless and stellar melody, that encourages us that healing from any facet of hurt and pain is possible- we just need to step out in faith and believe in Jesus. While it’s not explicitly mentioned here, Riley nonetheless emphatically alludes to the notion of God being the architect of her healing, and the architect of everyone’s healing; and as we remember that, we are sure to find peace and satisfaction and happiness no matter what comes our way. As Riley prayerfully relays that ‘…I’m slowly learning to be grateful, found some purpose in all the hurt and now I’m rediscovering what I’m worth, just takes one step to turn the tables, but I had to take it first, now I’m healing, now I’m healing, I’m here unashamed, I found strength through the pain, what was broken is standing again…’; we are encouraged to be active in everything that we do, and active especially in our plight to be whole. Pray to God, seek His comfort and peace… in whatever we do, we need to do it with a joyful heart and with good intentions.

I started writing “Healing” two years ago … as a lyric for someone I love who was hurting. Two years later, after a year of so much pain & loss for so many, this song has taken on a new meaning. Now felt like the time to release these words & melodies. I hope they meet you in the very moment you’re in. I hope they remind you that strength can be found through pain, that what was broken can stand again, and that after the hurting comes the healing. Sending love through this song. There is always hope.

With Riley Clemmons also having released powerful and impacting music videos for quite a number of her singles (inclusive of “Healing”); I believe that the only way to go for Riley is up and up. Hopefully Riley Clemmons will be the next name on everyone’s lips in maybe both Christian and mainstream markets very soon…and perhaps she will be influential in 5-10 years time? What do you reckon? Is Riley deserving of a place in my Momentous Mondays blog posts? What more can I say? That Riley’s soothing and captivating voice makes me want to listen to her debut project over and over until her second full length album sometime this year or next year? Because it does! So check out this brand new single pronto! Well done Riley, can’t wait for more and more new music!