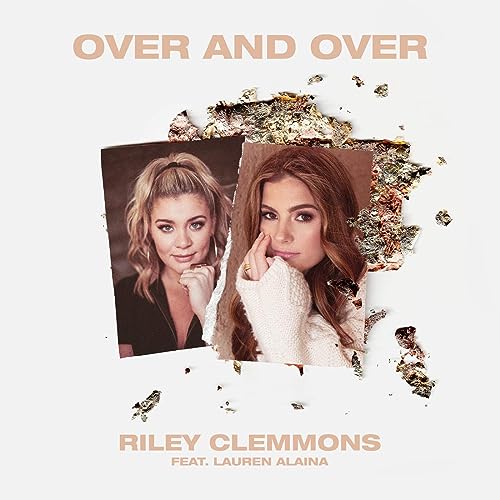 Bursting on the scene when she was just 18 years old, up and coming singer/songwriter and CCM pop artist Riley Clemmons wowed us all from the get go- with her impressive and compelling duet with Social Club Misfits called “Misfit Anthem”, then her debut solo single “Broken Prayers” via Capitol Christian Music Group, and also her self-titled debut album in August 2018. And from these impacting and compelling melodies, there’s absolutely no doubt that Riley has an extremely bright future ahead of her, as she steps into the doors God has opened for her. Relatively new in the CCM industry; I think the first time I heard her voice on the radio (or internet or wherever you can hear music these days), was with Fern and Marty from Social Club on “Misfit Anthem” early in 2017. Since then, Riley’s music has been a revelation- and you can read my brother’s review of Riley Clemmons’ self-titled debut project here; but now the time has come for brand new music. Since Riley’s debut album, she has unveiled the singles “Fighting For Me”, “Free” and “Over And Over” (you can read those reviews here, here and here!); but now Riley has done something slightly different and out of the norm- she’s re-recorded her heartfelt and poignant radio friendly anthem “Over And Over”, this time with the guest vocals of country superstar Lauren Alaina. With this song now containing a country flair and feel, we are presented with a more dynamic and fuller melody, as Riley and Lauren passionately declare in perfect harmony and unison the praises of the Almighty, and the ever-true sentiment that God always chooses us to be in relationship with- no matter what and no matter how many times we try to stuff everything up ourselves!

For the better part of my entire life, I’ve been immersed in Christian music. Songs that overtly praise Jesus’ name or songs about the Christian life in general. Not that that’s a bad thing, not by any means; but it’s only this year that I’ve come to realise that God’s name can be glorified and that I myself can be inspired, encouraged and influenced by other types of mainstream music. And what I will say is that every once in a while, this year especially, a song or a couple of songs come along and have blown me away. Some by Christian artists, but some not. And in the case of Lauren Alaina, whom I had already been immersed in from my Momentous Mondays blog, and from hearing many of her inspiring songs from her discography; I’ve been ministered to by an artist I had no idea existed prior to this year, and by a genre that I previously would have thought to be a genre I’d steer way away from. And while you all can read about my blog about Lauren here, let me just say that this duet with Riley is something that only enhances “Over and Over”, and is sure to propel Lauren to Christian radio, or Riley to mainstream/country radio, or both!

While it’s true that this song has already been reviewed– let me just say that adding Lauren’s hard-hitting and emotional vocals is a genius stroke of masterclass- that this song need to be examined once again. As Riley and Lauren ardently relay to us that ‘…somehow You choose me, over and over again, over and over again, You keep running to me, no matter where I am, over and over again, I get lost I must confess, oh, how quickly I forget but You keep on showing me I’m loved…’, it’s evident and clear as day that this song is a fervent prayer to God. Yet I guess for the purposes of pop radio, Riley’s kept the lyrics ambiguous, and it’s a pretty smart thing to do if you want to make it in mainstream. There’s also no doubt that this track could also easily be a mate singing to another mate (and I’m sure that lovers of Lauren’s music would see the message as a platonic one between friends!)- so why don’t we take the meaning of this song as both mateship and gratitude of a spiritual divine? And then let’s just sit back and let Riley and Lauren minister to our soul, as they sing Jesus and the power of love and friendship over us!

It’s been amazing to watch this song take on a new life over the past few weeks. From creating a video at home that honestly captures what life looks like for me right now, to having Lauren Alaina – one of the most incredible vocalists & kindest souls – featured on this song, it’s been a really special experience. Lauren’s voice adds something undeniably powerful to this song. I am so excited to share this new version with everyone. I personally haven’t heard Lauren Alaina’s debut album in 2011 nor her sophomore album Road Less Travelled heavily in depth; however that’s a travesty and needs to be remedied quickly. I realised this fact that I need to be more involved in listening to Lauren’s future material when I wrote about her in my blog series, and it’s a fact that is cemented now- Lauren is a star in the making, just you all wait and see! With Riley Clemmons also having released powerful and impacting music videos for quite a number of her singles; I believe that the only way to go for Riley is up and up- same as Lauren. Hopefully Riley Clemmons will be the next name on everyone’s lips in maybe both Christian and mainstream markets very soon. So what are you all waiting for? Let us check out this brand new single pronto, and be amazed at how seamless Riley and Lauren sing together! Well done Riley Clemmons and Lauren Alaina, can’t wait for more and more new music!