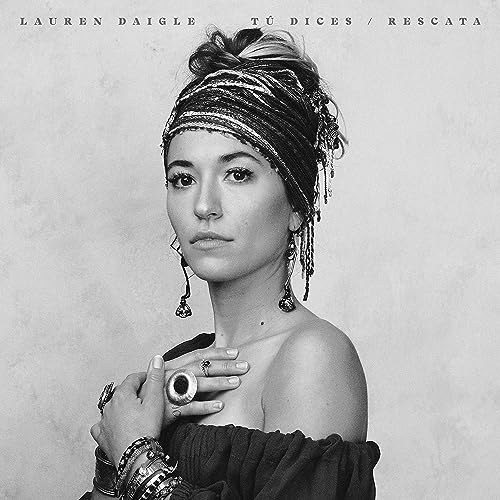 This year we are in unprecedented and uncertain times. We are stuck at home during quarantine trying to beat COVID-19- and we aren’t even sure if this virus will be eradicated this year or not! That is I guess reason enough for us to feel anxious. It’s a time where we can feel isolated and alone, as well as stressed and like no one is in our corner. Our favourite TV shows are renewed, but won’t be in production until late this year or even next year. Music artists are delaying albums and are cancelling tours, while some of us workers in hospitality and retail have been stood down from work. Yet the release of music in some form is nonetheless a constant in these troubling times. Whether as a stand alone digital single, or a surprise album or as an EP full of rarities- artists are now becoming creative, and are thinking outside of the box in terms of releasing new material. And now here we are, as Lauren Daigle attempts to bring us comfort and levity in this trying time, with her brand new double single Tu Dices / Rescata. And yes, if you are thinking that Lauren sings in Spanish…you’d be right.

Of later the world has been talking about “You Say” and “Rescue”- two of Lauren’s biggest smash hits ever! You all can read about our thoughts on these two songs in our review of Look Up Child; yet this past week, we are treated to a re-recorded version of both songs sung in Spanish. Lyrically and musically, the tracks are similar in every sense of the word… and if you’ve read our review of Look Up Child then you definitely would know what to expect from Lauren- smooth Adele like silky vocals and a groovy Motown soul vibe. Together with inspirational lyrics- and you get a global sensation that is only going to be bigger as the years progress. So as there’s nothing much more to say about these two tracks- how about I let Lauren speak for herself as to how she came to record these two poignant melodies in Spanish? And let us remember that in times of trouble and calamity- that Jesus is our rescue…always.

We had plans to go to South America as well, and my team suggested I put out some Spanish versions of my songs because a lot of people loved them

When I first became an artist and began to gain popularity, people would write to me to go to Latin America. They would ask me to please do songs in Spanish and if I will ever consider singing in a different language

I was shocked to know that other people were interested in my music. There was a piece of me that was honestly amazed. The more I saw these types of comments, I was like wow, this is beautiful, and what an honor as an artist to have people from around the world connect with your music. It’s so humbling and exhilarating.

I took Spanish when I was in high school and I fell in love with it. It’s so beautiful, melodic and feels safe. The message sticks close to the heart and has a greater impact if it’s in a person’s native language. That’s what I wanted to do for this song.

Music has the power to move and connect us in ways that are oftentimes hard to describe. Now more than ever we need something to bring us together and music seems like the perfect way to do that